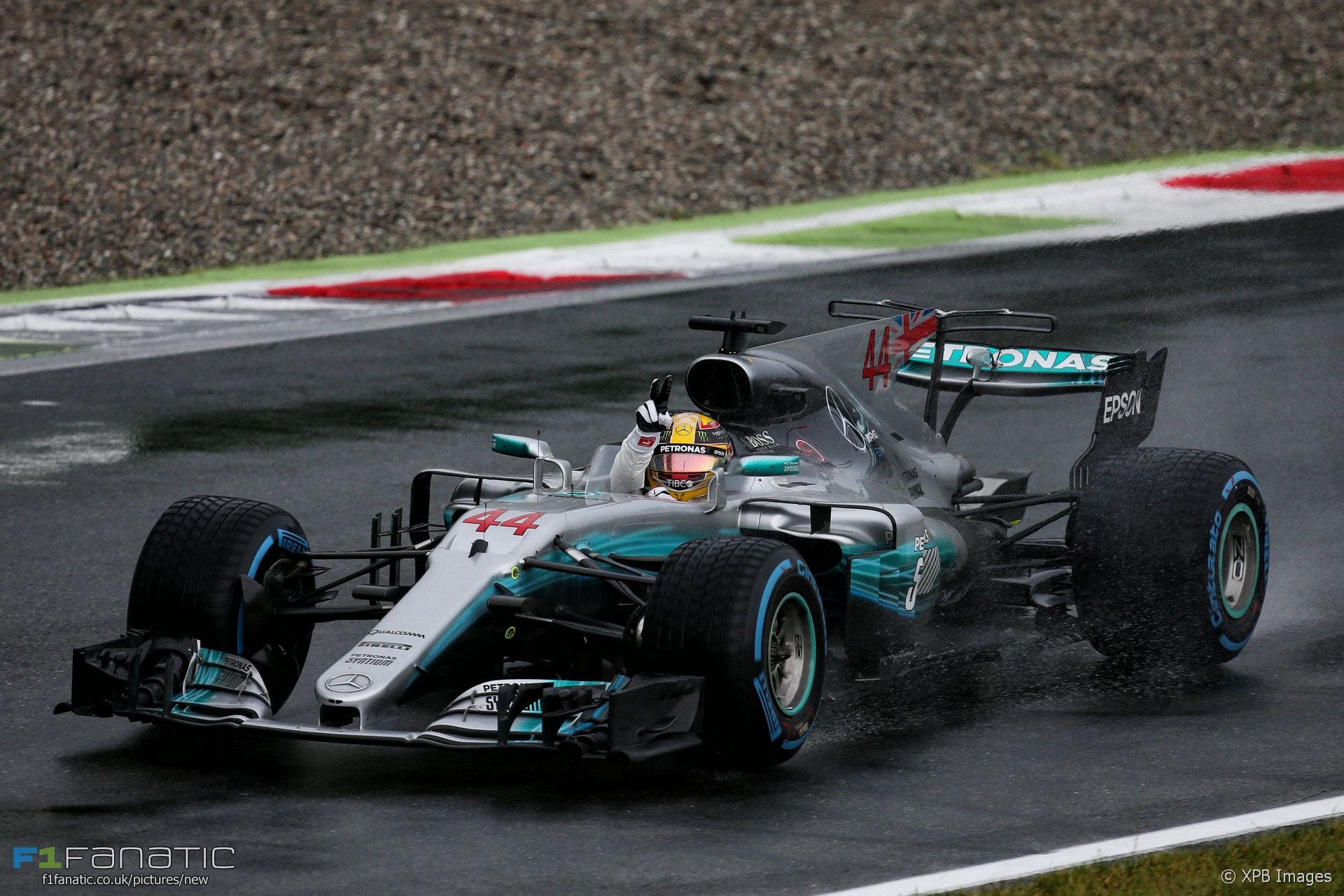 A mammoth qualifying session which lasted over three hours due to rain has created several interesting storylines for the Italian Grand Prix.

The first is whether Lewis Hamilton can capitalise on a precious opportunity to take the lead of the drivers’ championship after Ferrari struggled in qualifying at their home track. Victory tomorrow would make him the first driver this year to win back-to-back races and is guaranteed to put him in the overall lead, even if Sebastian Vettel ties him on points by coming home second.

This is an important race for Hamilton’s title hopes as the tracks won’t be as friendly to the Mercedes from now on. And the next, Singapore, is likely to play to Ferrari’s strengths.

That is not true of Monza which was always going to be a damage limitation race for Vettel. But qualifying eighth has magnified his predicament. At least he shouldn’t have to worry about the Red Bulls, who will drop behind him due to their grid penalties.

Getting ahead of team mate Kimi Raikkonen quickly will be an obvious lap one priority. After that the big challenge is likely to be the Mercedes of Valtteri Bottas, but Mercedes-powered Esteban Ocon and Lance stroll are likely to be no pushover in a straight-line fight.

Stroll and Ocon will play fascinating roles as interlopers at the front end in among the championship protagonists. However the imperative to deliver on their opportunity to score well will surely restrain them from fighting too hard with cars that are significantly quicker than they are. Expect them to give hell to each other, however, while those eyeing title bids approach with caution.

Power unit change penalties have cost Red Bull second and third on the grid, which would have been their strongest starting positions of the year. At least they don’t have to start the race on old tyres: For once the entire field will get to start on fresh slicks because qualifying was wet. In stark contrast to Saturday, Sunday should be sunny and pleasant.

Red Bull are obvious candidates for an imaginative strategic ploy. In 2010 they postponed Vettel’s pit stop until the final lap of the race because tyre degradation was so low. Something as aggressive could be on the cards for Sunday.

The timing of the sole pit stop is likely to be the only significant variable as far as race strategy goes, however. An aggressively early stop offers the opportunity to run in clear air, but staying out late increases the chance of getting a ‘free’ stop if the Safety Car makes an appearance.