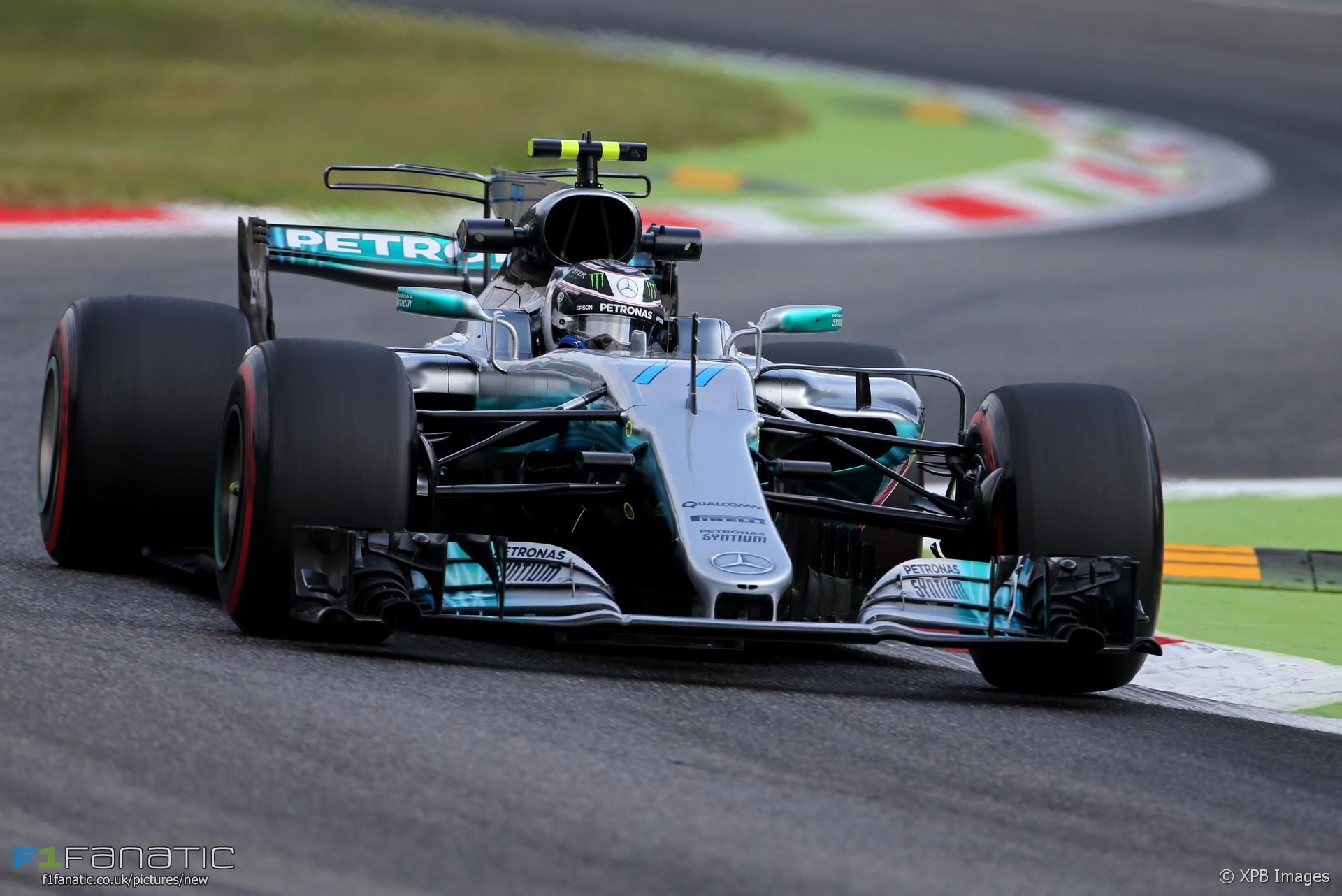 Mercedes’ domination of the Italian Grand Prix extended to the pit stops where they produced the fastest stationary and complete times for their two drivers.

Valtteri Bottas was stopped for less time than Lewis Hamilton – 2.15 seconds compared to 2.33 for his team mate – but Hamilton’s total time spent in the pits was slightly less. Not that it mattered much, as both were well clear of the competition.

As usual one-stop strategies were the way to go at Monza. The tyres proved so durable teams could be quite flexible with exactly when to make they sole pit stops. Daniel Ricciardo, one of few drivers to start on the harder soft compound tyres, was able to run a short, fast stint on super-softs at the end and attack the Ferraris.

But despite having produced some of the quickest pit stops in recent seasons Williams did not rise to the occasion on one of the few occasions they have been up at the sharp end this year. Lance Stroll had one of the race’s slowest pit stops after qualifying on the front row, and dropped behind Kimi Raikkonen despite the Ferrari driver also having a sluggish stop.