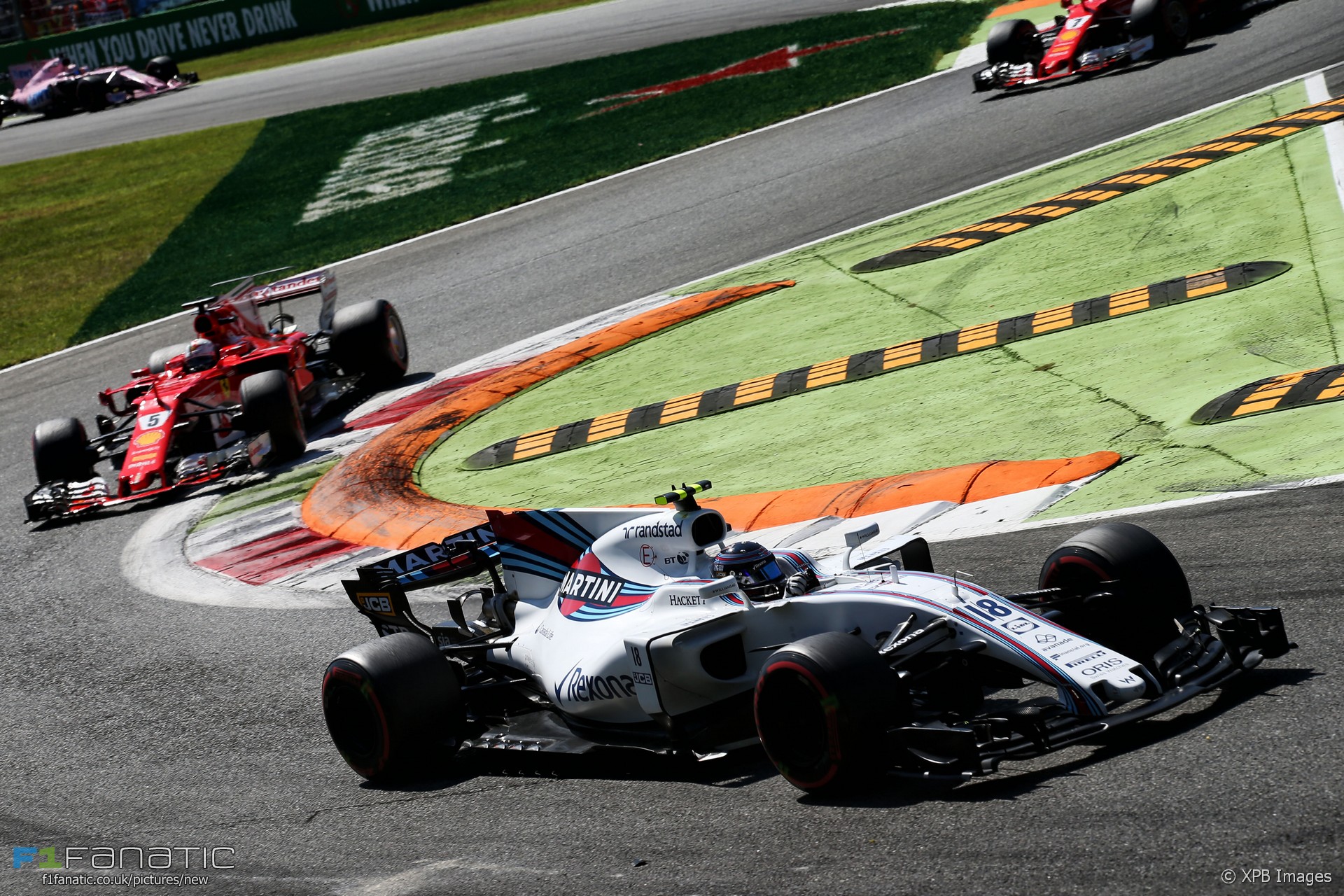 Lance Stroll says he’s happy to have hit Williams’s target of a seventh place finish after starting on the front row of the Italian Grand Prix.

The Canadian rookie ran third in the opening laps of the race before being passed by some of the faster cars behind him, crossing the line in seventh place for his best result since his podium at the Azerbaijan Grand Prix.

“I am very happy with the race and I think it was a good one,” says Stroll. “I really enjoyed myself. I finished in seventh, which was what we were expecting.

“Our pace was really solid all race long. Attacking Esteban, fighting with him throughout the whole first stint. It was a shame about the pitstop – that was not perfect.”

Stroll faces heavy pressure from Williams team mate Felipe Massa in the closing laps after locking up into the Rettifilo chicane when lapping Pascal Wehrlein.

“I had a flat spot, so I had to drag that all the way to the end and that’s why I was defending from Felipe a lot towards the end,” explains Stroll.

“It was just a very slight touch. I had a massive flat spot so I couldn’t see much and just miscalculated a bit. But it was wheel-to-wheel and ‘rubbing is racing’, I guess. It wasn’t a Perez-Ocon moment. We got it home in seventh and eighth, which is what matters. It’s good for the team.”

Having set a new record for being the youngest ever front-row starter in the history of Formula One, Stroll says he is learning the most from being involved in battles at the front of the field.

“Every opportunity I have to be in situations like I was in today, under pressure, pit stops that are really important and then defending and attacking or using the engine mode in the best possible way. It’s super important to know when the right time is to press the ‘overtake’ button or best time to us deployment to overtake the car in front – that’s all strategy that I learn every time I get into the car.

“Days like today or Baku, I feel like I’m getting better and better every time I have an opportunity to race the way like I did today.”

6 comments on “Stroll pleased to hit team target with seventh”