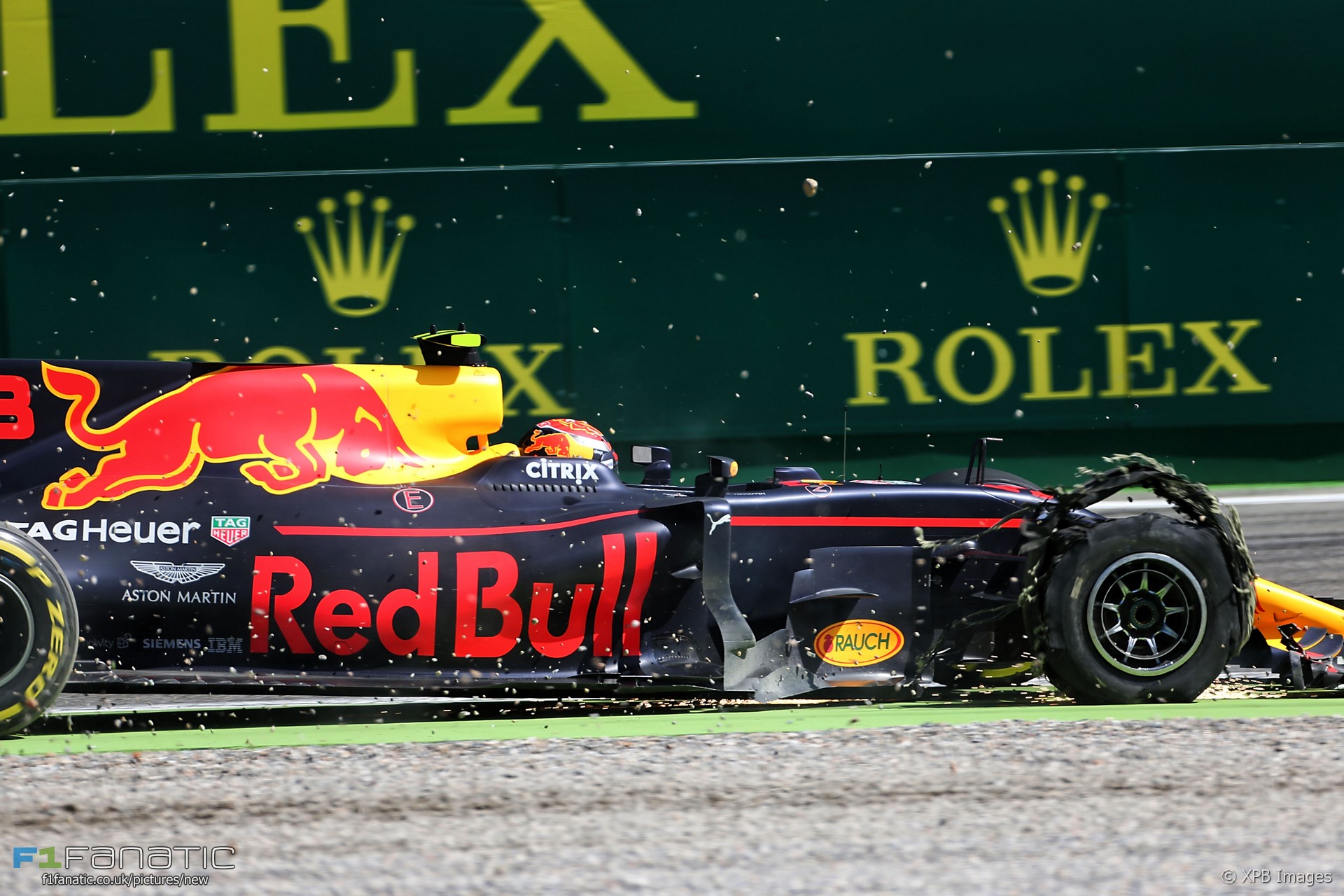 Max Verstappen says that he is happy with the performance of the Red Bull team around Monza despite an early puncture that left him fighting back to tenth.

Verstappen tangled early with Felipe Massa’s Williams at the Rettifilo chicane, forcing him into an unscheduled pitstop after suffering a right-front puncture.

“My race was basically finished after three laps,” Verstappen explains. “We started on the soft and then I punctured the tyre so then we had to do a two-stop. It was a bit of a shame – what can you do? I still did quite a decent race, so still happy with that.”

Despite the troubles, Verstappen was able to make his way back through the field to take the final point in tenth place at the chequered flag. With Red Bull team mate Daniel Ricciardo finishing fourth, Verstappen is happy with the performance the team showed during the weekend.

“Daniel finished fourth so the car was working really well,” says Verstappen. “I was also happy even though I was playing catch-up. Hopefully in Singapore we can really fight for a proper podium.”

A incident late in the race for Verstappen with Kevin Magnussen’s Haas was investigated, but stewards determined that no further action was necessary.

34 comments on “Verstappen happy with Red Bull performance despite puncture”