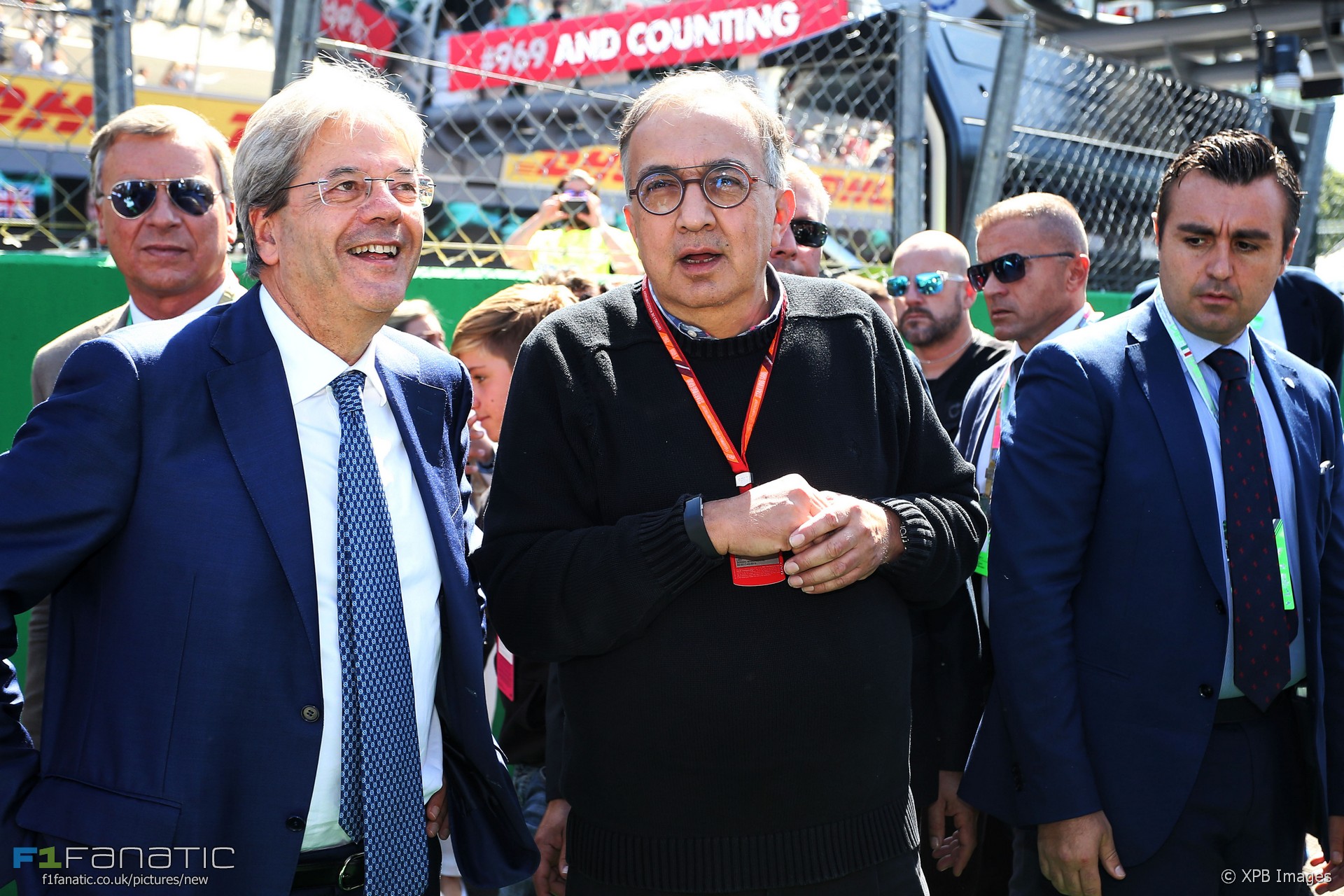 In the round-up: Ferrari president Sergio Marchionne expects the team to bounce back at the next race after a disappointing home grand prix.

Ferrari admits it 'screwed up' at Monza (ESPN)

"I think we screwed up from Belgium, from Spa, into here. Now, we need to go back to the factory and find out which way the car went sideways. But we will be back in Singapore."

"Mashashi Yamamato, Honda’s head of motorsport, flew in from Japan this weekend for crisis talks, but McLaren's dialogue with Renault is already well-advanced. Should an agreement be finalised next week, Alonso would, according to McLaren executive director Zak Brown, be 'very likely' to stay on."

"We know what that (Renault) engine could do - Red Bull did five, six consecutive podiums, and we know what Mercedes could do as well with Force India this year, Williams on the first row of the grid (at Monza)."

"I still do believe that there are certain characteristics in a track that suit a car or not – and you can see this year that the slow, twisty circuits have rather suited Red Bull and Ferrari – and lots of high-speed downforce was good for us. But I think there is no pattern that you can’t break."

"Today there were no DNFs, nothing, so the luck was not totally on our side on that aspect. If it rains or if something happens, I’m still there and I still want to get it."

"I made a mistake and I locked up into turn one, which was devastating, because I went from attacking him to backing off and defending from Felipe all race."

"Inevitably you are going to be the villain here if you are the one who is stopping the Ferraris. If Valtteri and I were not driving here today Ferrari would have won."

Oh dear oh dear. Chaos on the grid. All the flags and markers and thus teams are in the wrong place. pic.twitter.com/kqDVvOOSeI

So that's the European season done. Off home, then simulator to find some pace. Looking forward to Singapore #F1

Good to see FOM have realised the need to conduct at least some of the podium ceremony in the local language. #F1 #ItalianGP

As always Monza has a great podium ceremony but it's a shame a few idiots felt the need to boo the winner. Contemptible behaviour. #F1

Are grid penalties bad for the sport or good for the show?

Some seem ridiculous but they net a mixed up grid, interesting recovery drives, and reflect team decisions within rule book and driver style. I say keep them.
Aquataz

77 comments on “Ferrari “screwed up” at Monza – Marchionne”