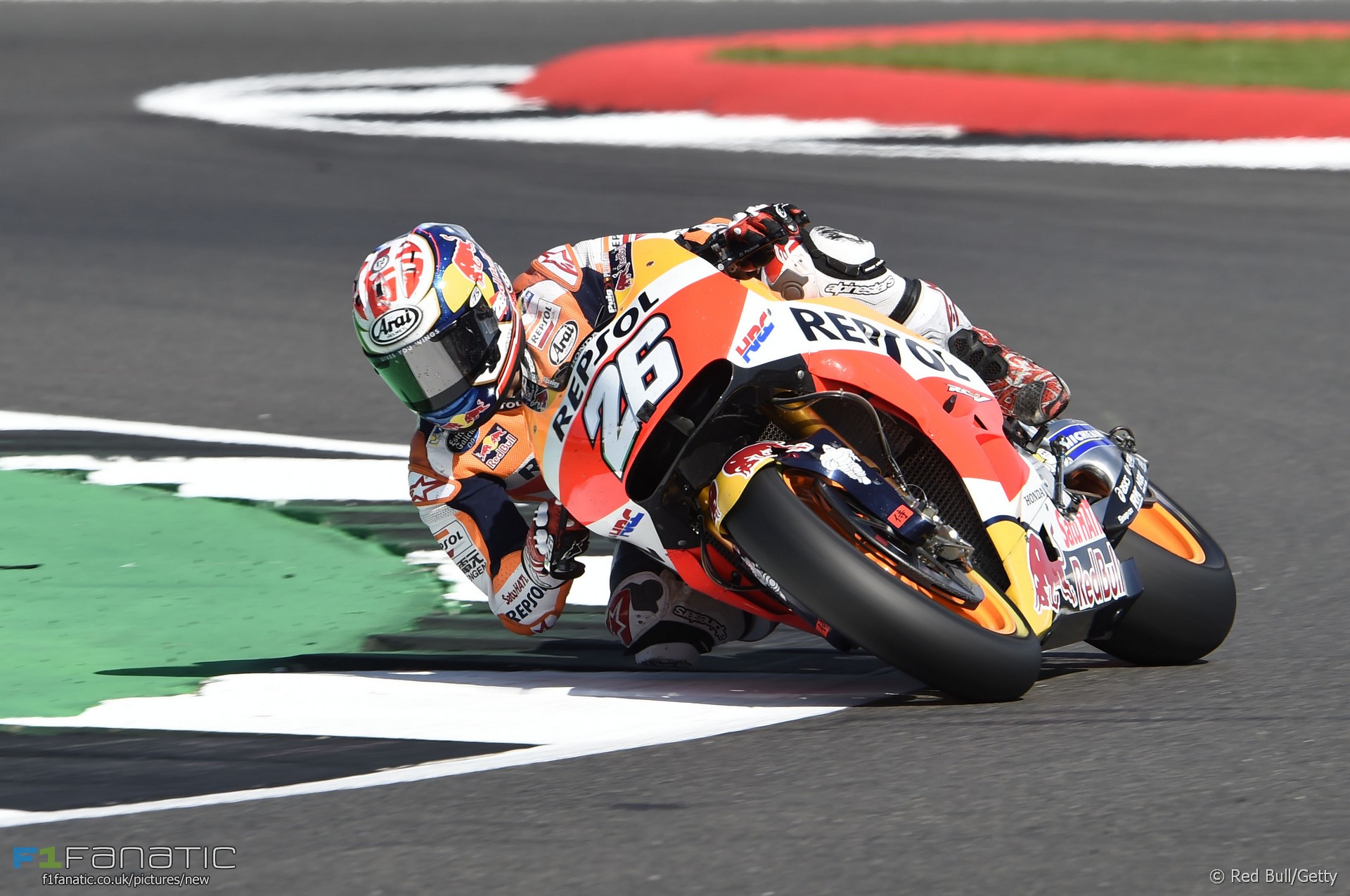 Formula One cars are creating problems for Moto GP riders by making circuits too bumpy, according to riders.

The downforce produced by F1 cars has increased due to the new regulations for 2017. The power exerted by the cars on the track can disturb the asphalt in places where peak loads are generated, such as in braking zones. This can create bumps and cause an effect known as ‘washboarding’.

Following its most recent race at Silverstone, which F1 visited in June, Honda’s Dani Pedrosa reported “we have more bumps compared to last year.”

“It’s a bumpy track and again we will ask to re-asphalt all the circuit because it’s one of the worst on the calendar.”

“Silverstone is a great track but for the future, I remember last year asking, if we continue here, to resurface because it’s really bumpy. We have the problem that we race with Formula One also.”

“It’s necessary to resurface, we were discussing that. But we don’t know how long it will last with a good surface, because we still share the track with Formula One.”

Cal Crutchlow said they also experienced the problem at the Red Bull Ring in Spielberg, Austria.

“With the downforce of these Formula One cars, Spielberg was a joke,” he said. “You can’t imagine, even on the straight the thing was vibrating and bouncing.”

“It was worse than last year, and on a lot of the off-camber corners it was a lot worse, so it means the Tarmac’s been pushed because of the cars.”

“They’ve resurfaced a couple of corners [at Silverstone] and they were a lot better, so how about we resurface the whole track? It’d be a lot easier for all of us. The problem is that wherever we share a track with F1 the tracks are bumpy within a year, so I understand the concerns of the organisers.”

The premier worldwide series for four and two wheels share five venues on their current calendars: the Circuit of the Americas in the USA, Circuit de Catalunya in Spain, Red Bull Ring in Austria, Silverstone in Britain and Sepang International Circuit in Malaysia. However the latter does not feature on the 2018 F1 calendar.