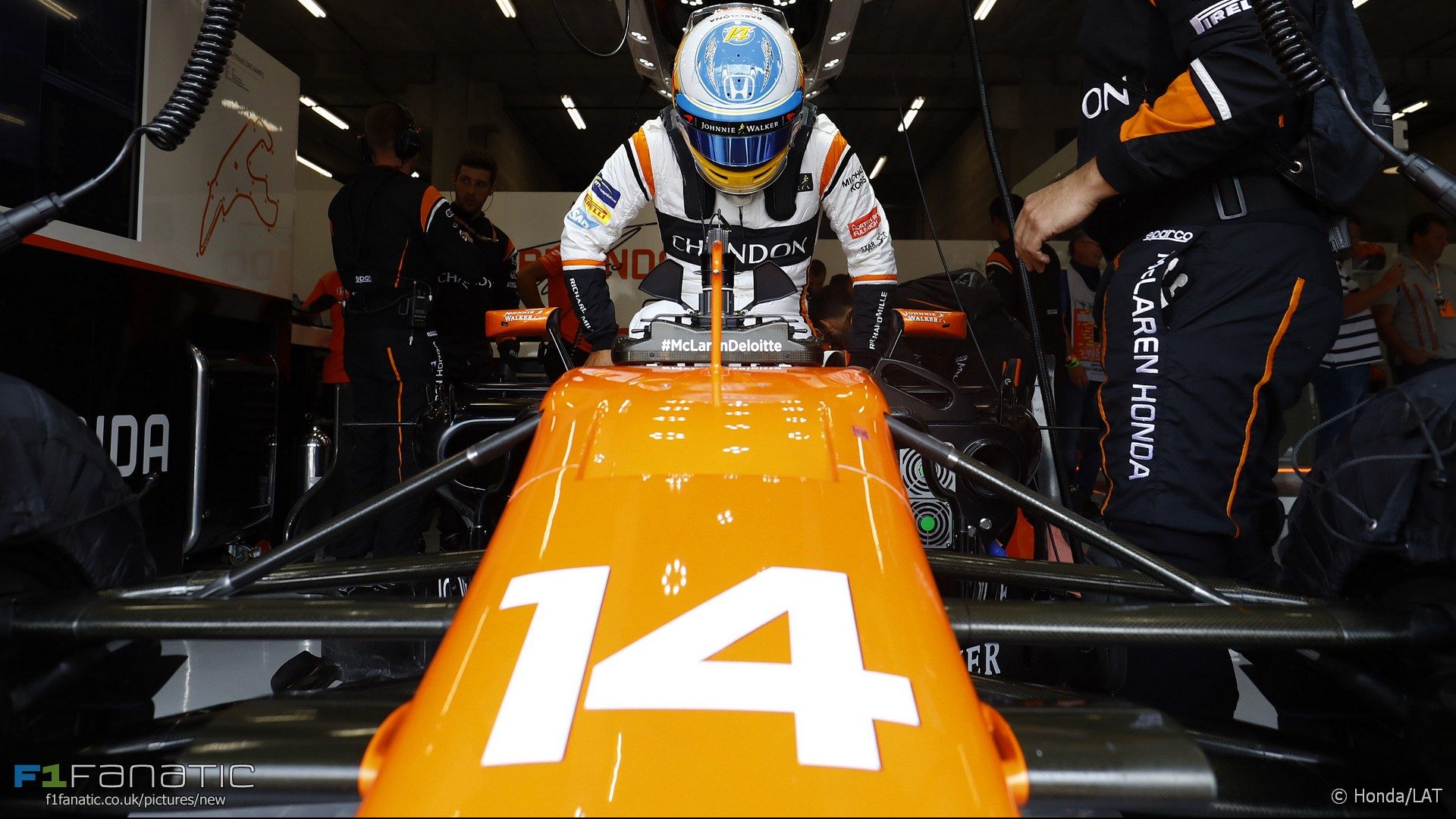 Fernando Alonso says he has “very good” options for 2018 but wants to be clear about McLaren’s future direction before deciding on his own.

The two-times world champion told media in Singapore “Whatever I do next year is because I want to win. I will not be around in any series to be fighting for top 10 or top 15, nothing like that.””

“There are many options out there that I am studying and looking at. Formula One is my first and only priority so I will wait to make a decision on that before making decisions on other series.”

“And at the same time I want to give time to my team. After the last three years with some struggles we went through together I want to have time together to make decisions, to see the future, next year’s car and after they take decisions I will take mine.

“I want to stay loyal at least to that and not make any decisions without them making first their decisions.”

Alonso added he is unlikely to return to the Indianapolis 500 next year if he does stay in F1.

“The triple crown is a clear target for me in the future,” he said. “And there are three races there, if one of those the Indy 500 is together with Monaco, there is another one still to compete. The triple crown is still ongoing.”

“But I agreed the same thing as Zak [Brown, McLaren CEO] said. If I remain in Formula One it is because I believe I can win next year. So that will ease the decision a lot because I will be in Monaco because I don’t want to lose points there.”

“The priority is Formula One and winning here. The triple crown is in the background and as I said there are three races, not only Indy, so there are many possibilities to do a fantastic 2018.”

“There are options everywhere,” Alonso added. “And they are all very good. You just need to be patient and wait a couple of weeks.”