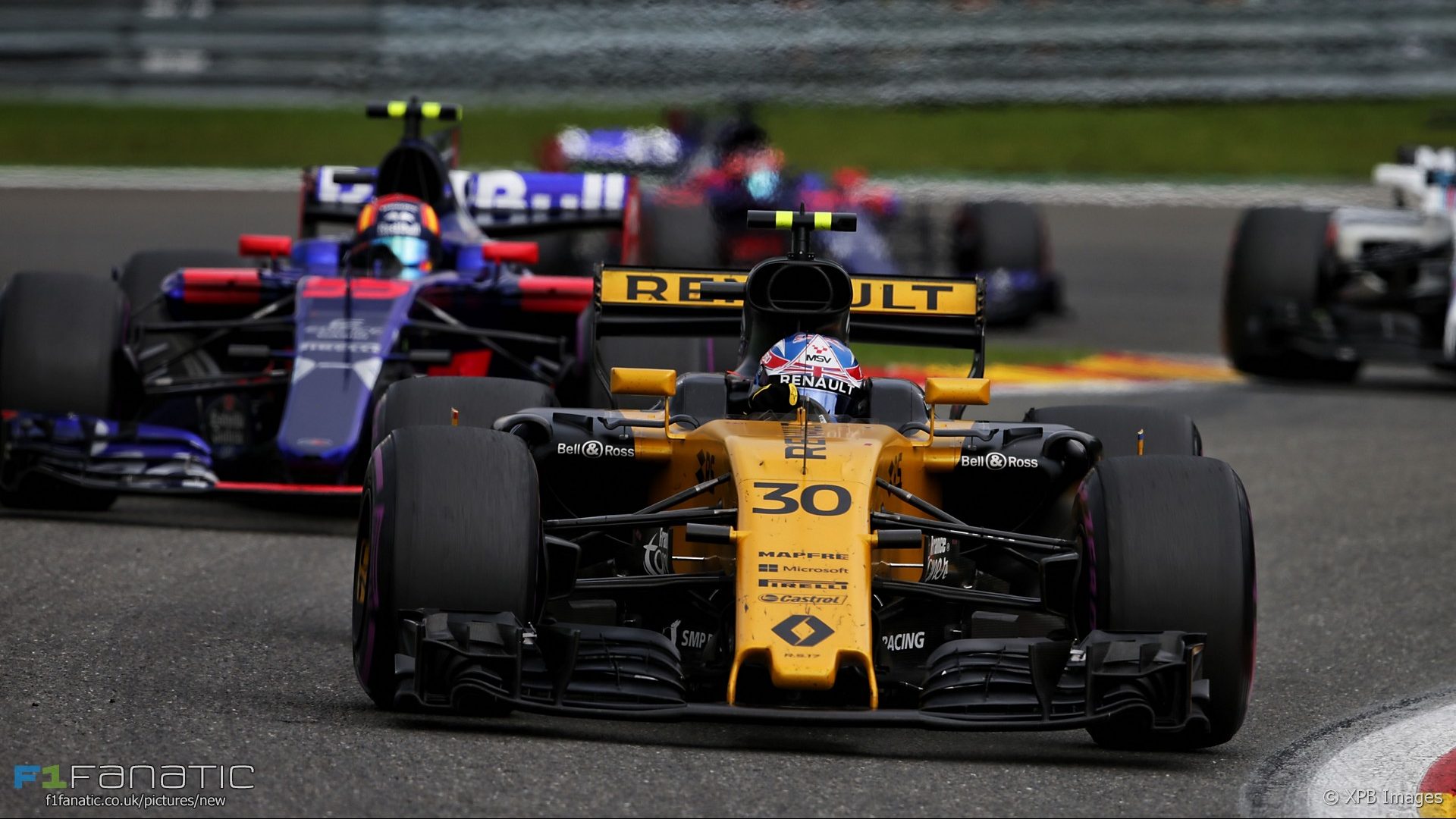 In the round-up: Carlos Sainz Jnr is not expected to take over Jolyon Palmer’s seat at Renault before the end of the year.

McLaren to switch from Honda to Renault engines from 2018 (Sky)

"It is unlikely Sainz will replace under-pressure Jolyon Palmer, who has yet to score a point in 2017, this year."

"I know there are a lot of rumours going on and a lot of things being said, but from my side I prefer to stick to my standard... to focus on my weekend and not comment too much about the future."

F1 Explained: The Most Powerful Mercedes F1 Engine Ever Made (Mercedes via YouTube)

"I've been here for quite a few years now and I think next year we need to make a bigger step next year than we did this year, to really convince me that I can win with them."

"Formula One is linked to our history and our brand. It is a component that has helped us develop the brand and make it younger, so for now I do not see a change of strategy until 2021."

Zak Brown: "You can tell something is changing when the car manufacturers start piling in. Formula E provides a great technical laboratory."

It's pretty close on the F1 Esports leaderboard. #F1 pic.twitter.com/AQvwqzlz0b

Last thing I promessed you was to finish this championship with your design. Here it is. #TumanquesPapa ❤ pic.twitter.com/NmvbyYIeb5

Could Bottas ‘do a Raikkonen’?

I remember back in 2007 when a Finn was third in the standings and surprised everyone with a championship victory in the last race.

Actually, I think that Bottas might have a mathematically better chance now than Raikkonen did then. Stranger things have happened.
@Ferrox-Glideh

74 comments on “Sainz unlikely to replace Palmer before 2018”