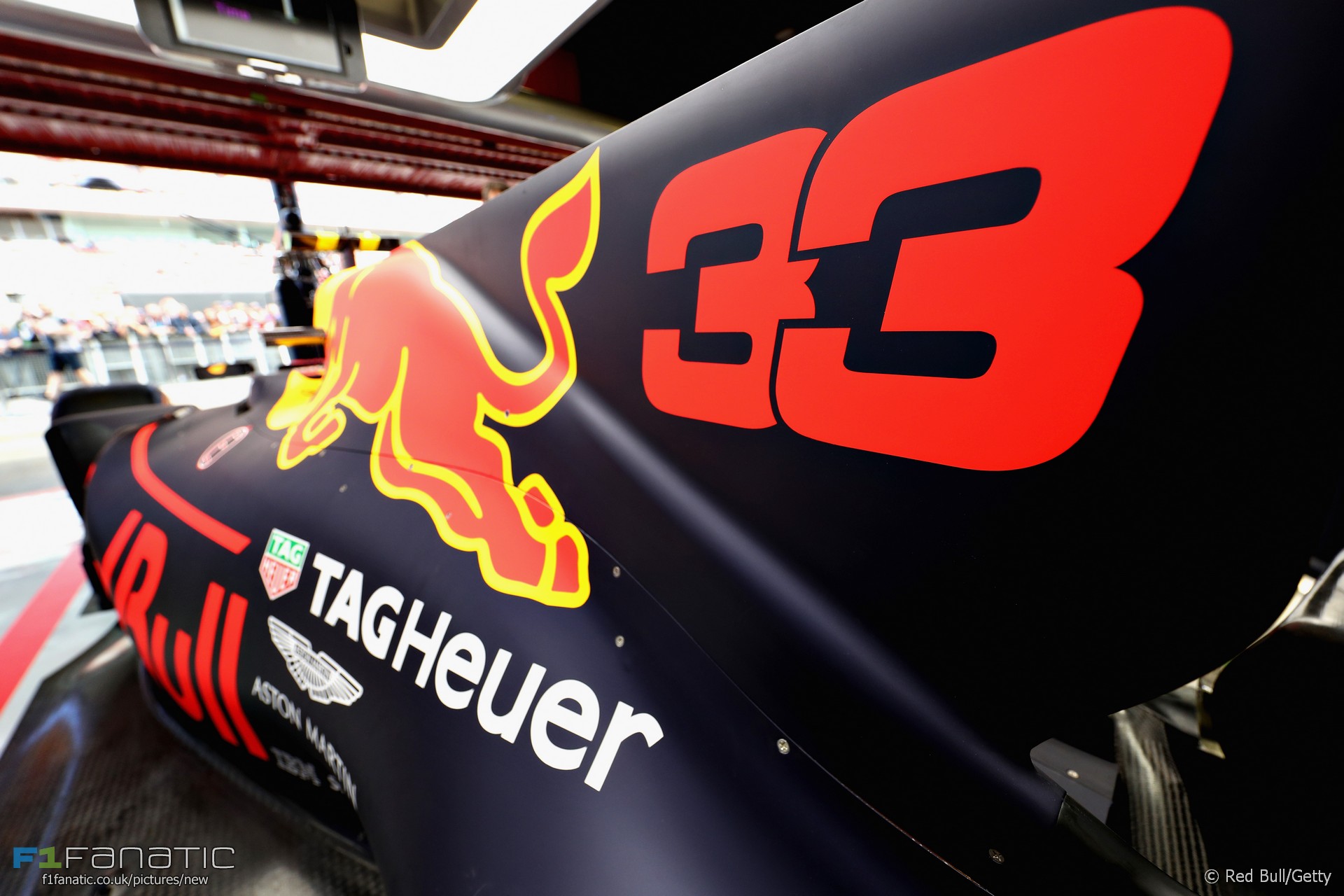 In the round-up: Formula One may cancel its plan to eliminate shark fins on cars next year.

"The shark fin is possibly still with us. They are looking at a changing in the wording (of the rules) to bring the shark fin engine cover back again – because lo and behold teams have realised it takes away sponsor space."

"Yes, I know all the sayings about Friday times, but seven-tenths is more than what you get from fiddling a bit with the car. This is severe. And we all know what the grid position means here – so yes, Monza was dead right"

Sainz not expecting to replace Palmer in Sepang (Autosport)

"All the rest is a bit of speculation at the moment and it's something that I'll probably be the last to know."

'Not a lot made sense' for Ferrari on Friday (ESPN)

"It wasn't ideal in the afternoon but overall not a lot of things made sense."

"If McLaren thought that it was time to split with Honda and go for Renault, it's because they have good information about next year."

How does @Ericsson_Marcus cool down after an intense and hot running session? Why, an ice bath of course! 😂❄#F1 #SingaporeGP #ME9 pic.twitter.com/GebpJOkIcy

Thanks @redbullracing for giving me this opportunity. Fully focused on continuing to bring points for @ToroRossoSpy this weekend.

Of course sods law dictates Honda/TR will be a roaring success next season. It's the F1 Alonso rule #f1

Franz is last to arrive. I suppose he's getting used to next season. pic.twitter.com/irKipB2nXa

F1 live in a nutshell. pic.twitter.com/WuvGJcB7Rx

A second driver of the Red Bull stable that goes on towards another team and an indepedent future in F1.
In other words: next year 6 out of 20 drivers will originate from Toro Rosso after having been picked up by the RBJT. If Verstappen and/or Ricciardo move after 2018, over a third of the grid would be coming through the RBJT/STR.

This is exactly why all those young drivers want to sign for the Red Bull Junior Team. Because criticized as it may be, it is their best chance to ever graduate to F1.
MattDS (@Mattds)