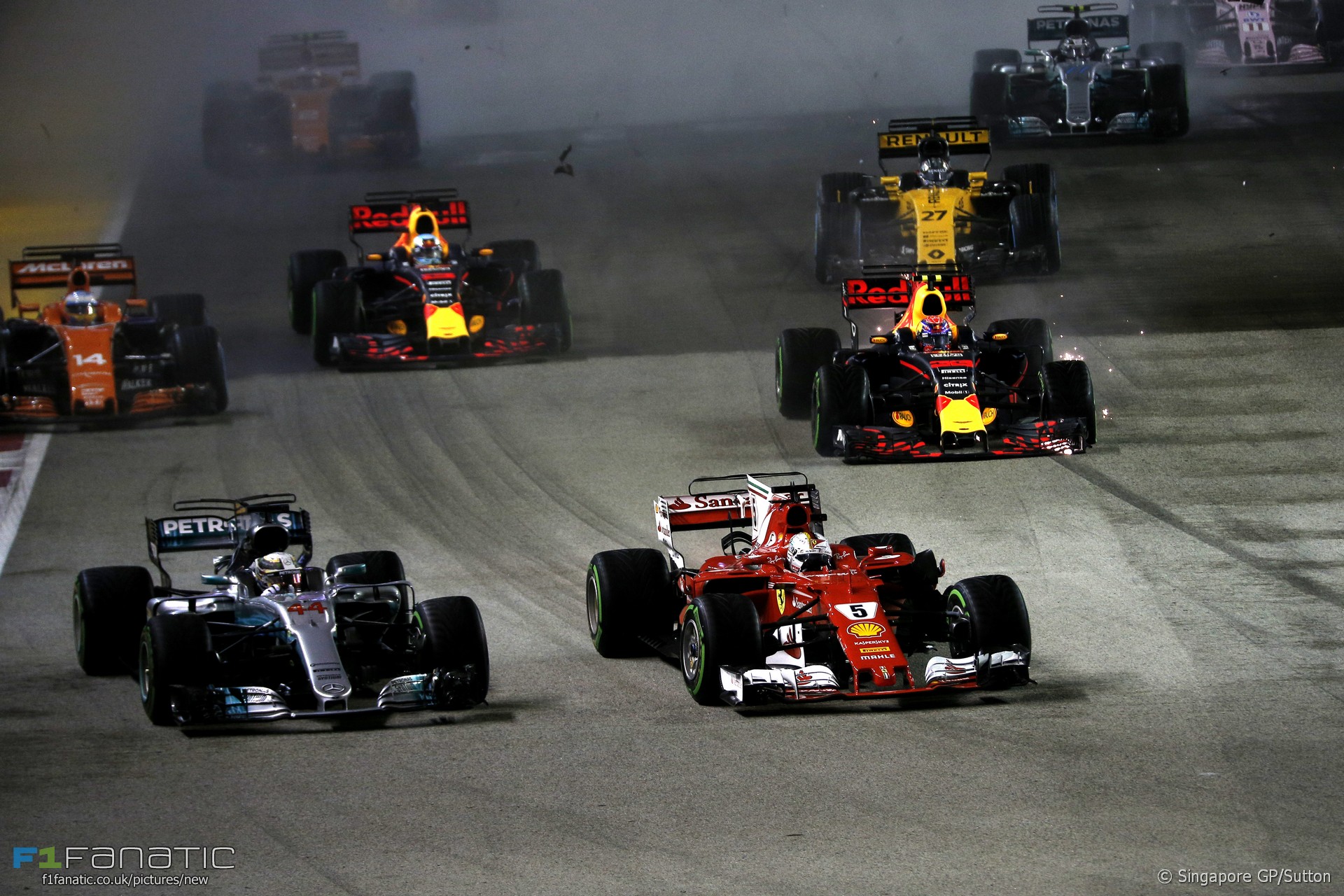 Lewis Hamilton moved into a 28-point championship lead by winning the Singapore Grand Prix on a disastrous day for Ferrari.

His top championship rival Sebastian Vettel was eliminated on the first lap of the race following a crash which also claimed the other Ferrari of Kimi Raikkonen and Max Verstappen’s Red Bull.

The trio collided as the race began on a wet track following a pre-race shower. Although Vettel initially managed to continue following the contact he spun into a wall at turn four moments later. Fernando Alonso also picked up damage in the collision which eventually proved terminal.

Hamilton swept around Daniel Ricciardo at the start to lead the race and the pair finished in that order through a total of three Safety Car periods due to various incidents. Valtteri Bottas rose to join them on the podium.

Nico Hulkenberg was on course for fourth place until technical problems forced him out. That promoted his future Renault team mate Carlos Sainz Jnr to a best-ever finish of fourth.

Renault had one car home in the points as the under-fire Jolyon Palmer claimed his best finish with sixth. He followed home Sergio Perez, who was the highest finisher to have started the race on full wet weather tyres.

Stoffel Vandoorne took seventh for McLaren after pursuing Palmer. Lance Stroll, Romain Grosjean and Esteban Ocon completed the points-scorers. Felipe Massa, one of the first drivers to switch to slicks, and Pascal Wehrlein were the only other runners at the end.

Following the first restart the subsequent Safety Car periods were triggered after separate crashes for Daniil Kvyat and Marcus Ericsson. The latter spun to a stop on the Andersen Bridge and his damaged Sauber took several laps to recover.