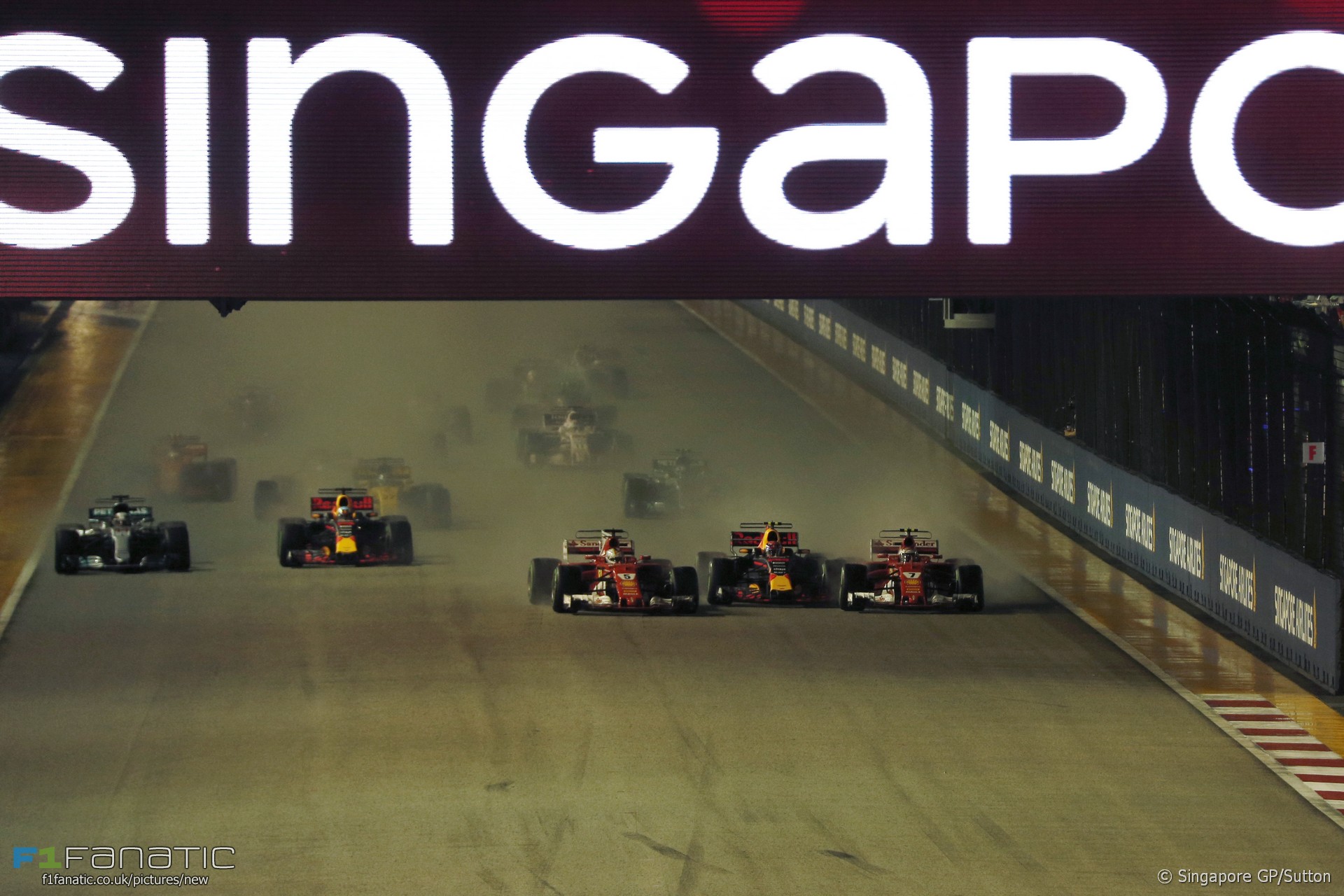 Red Bull team principal Christian Horner has defended his driver Max Verstappen after Ferrari blamed him for taking both their drivers out of the Singapore Grand Prix.

“How on earth you can work that out from watching that I’ve got no idea,” Horner told Sky.

Verstappen had one of the Ferrari drivers on either side of him when they collided approaching turn one.

“You can see Sebastian [Vettel] comes quite aggressively left, Kimi [Raikkonen] goes to the right and Max, he can’t disappear. He held a straight line and just desperately unlucky for him to be eliminated like that.”

Horner suggested Vettel moved towards Verstappen because he was unaware his team mate had made a rapid start and was drawing alongside the Red Bull.

“I think he probably couldn’t see there was Kimi the other side of Max,” said Horner. “He’s been aggressive with Max and Kimi’s done the same from the other side and the result is what you see there. I think anybody who tries to apportion blame on Max Verstappen for that needs their eyes testing.”

Horner said Verstappen told him, “”I held a straight line, I tried to get out of the way because I could see where it was going but they just came so quickly from either side.”

“I think Max should be completely exonerated from blame for that incident,” Horner added.