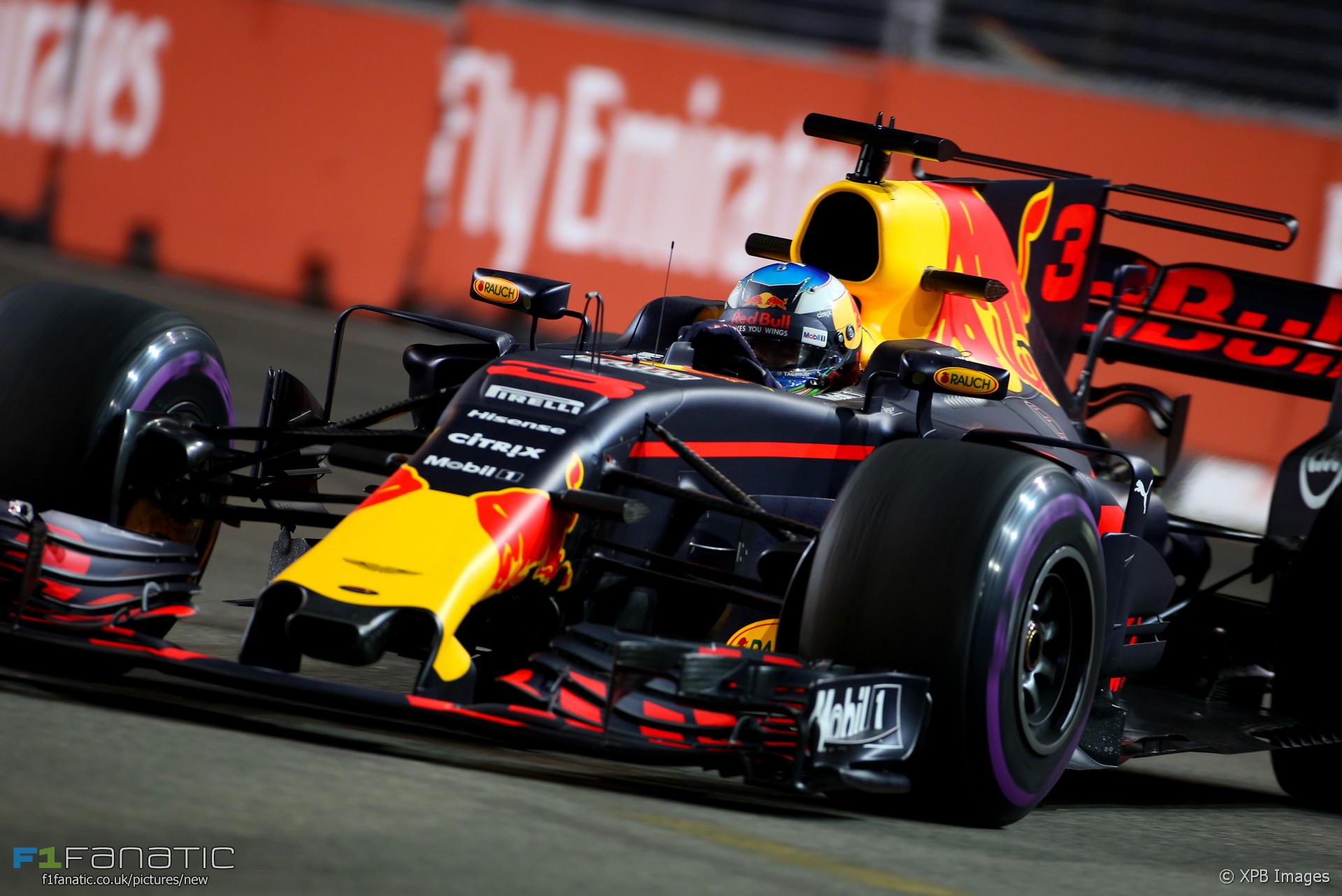 Daniel Ricciardo had to nurse a gearbox problem throughout the Singapore Grand Prix which Red Bull initially expected would force him out of the race.

“On lap 15 we were staring down the barrel of both cars being eliminated,” Horner told Sky. Ricciardo’s team mate Max Verstappen retired from the race on lap one.

“We’ve come away with a second place here so we’ll take that.”

“Even before the first Safety Car we could see we were losing a lot of oil pressure in the gearbox,” Horner explained. “We thought it was only going to go to half-distance.”

“So Daniel had an instruction to start managing that. And then of course he had to sacrifice lap time doing that. But he did that incredibly well and managed to nurse the car home almost another hour and a half.”

Without the problem Horner said Red Bull “would have got closer and been able to put more pressure on” Hamilton. However he admitted the race winner had been stronger than expected in the race.

“It’s very different conditions today. I think the rain, the rubber being gone, it’s cooler as well than Friday, I think they were all factors. And Mercedes, particularly Lewis – I think we had Valtteri [Bottas] covered today – but Lewis had a really strong day.”

At one stage Mercedes advised Hamilton to back off and not pull too far away from Ricciardo. “You could hear that was what they were trying to do,” said Horner.

“They were watching the clock as well, trying not to do too many laps, mainly not to allow any gaps or fortuitous Safety Cars. We were so focused on the issue Daniel was managing it was just a question of trying to get the car to the finish.”

24 comments on “Red Bull expected Ricciardo to retire during race”