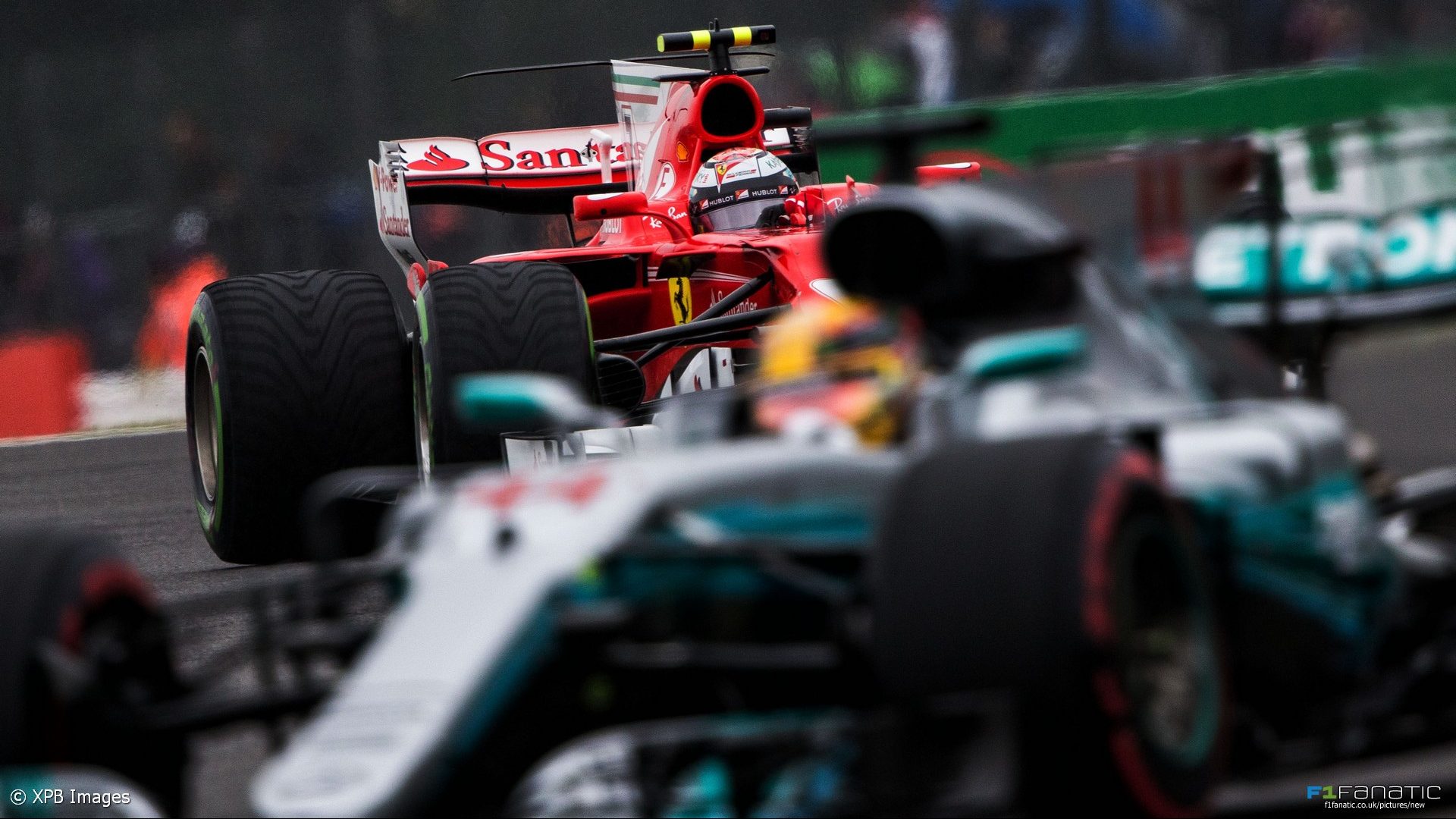 In the round-up: Lewis Hamilton expects Mercedes will be competitive at the next race in Malaysia but at least two of the upcoming track will favour Ferrari.

"Japan, high downforce circuit; could be close, it definitely won’t be our strongest. Austin, I think we’ll be fine. I think Brazil would be a place where Ferrari will be particularly strong."

Has Vettel's aggression just cost him the title? (BBC)

"Williams are keeping their cards close to their chest, but it looks as if the Pole, trying to make a comeback after seven years out following his horrendous rally accident in 2011, could soon test for the team."

"The aim is, as I always said, to be on the podium and fight for victories, to be thinking 'what we will do at the start?', looking at the videos for maybe attacking and maybe leading the race in the first stint."

"If we compare both teams with different cuisines, let’s say McLaren is a very sophisticated French cuisine, that’s the way it is. Then Toro Rosso is more like a countryside, homemade delicious stew where you can add new ingredients. We’re excited to do that."

"Generally, through the whole race, every now and then, Senna pops into my mind... his Monaco Grand Prix where he was in the lead and hit the wall. That always comes in and reminds me not to do that."

"I wouldn’t want to give a straight commitment and say he’s our number one, because I don’t want to screw up the mind of our second driver."

"Like Audi, they can either spend EUR 250 million in prototypes or join Mercedes with a far more cost-effective move in Formula One."

Winning back fans is the top priority (The Straits Times)

Sean Bratches: "The viewership aspect has been overstated, it's more of a reach issue than a viewership issue. There's been a migration from free-to-air (television) to pay. That had an impact on numbers."

"There were two 360-degree cameras at the Marina Bay Street Circuit in Singapore, trackside and in the paddock, to show how viewers at home could immerse themselves in the world of F1 and experience these exclusive areas through a virtual reality (VR)-like environment via the Official F1 App."

Mallya can't travel to F1 but remains as involved as ever: Fernley (The Times of India)

"There is no decision that is taken without Vijay's consent. Okay, he cannot travel but he remains as involved as ever in the functioning of the team."

Happy to announce I'll be testing the Renault F1 E20 this week, thanks @RenaultSportF1! 😁 Good thing this one hasn't been Jack-proofed yet 😂 pic.twitter.com/zvdqoY8eBR

Honda calling McLaren a company that struggles to adapt to change strikes me as just a teensy bit hypocritical.

Cheeky response from Hamilton to a fan telling him Vettel's a better driver… #F1 #SingaporeGP pic.twitter.com/BnCT0A3hTW

Has the downturn in the World Endurance Championship prompted you to stop watching too?

I only watched the first two hours of WEC Mexico and didn’t bother with the Circuit of the Americas race at all.

The announcement of Porsche’s departure and the calendar panic has sucked the life out of it for me. Bloody sportscars and their boom and bust cycles!
@Spawinte

2 comments on “Suzuka and Interlagos will suit Ferrari – Hamilton”