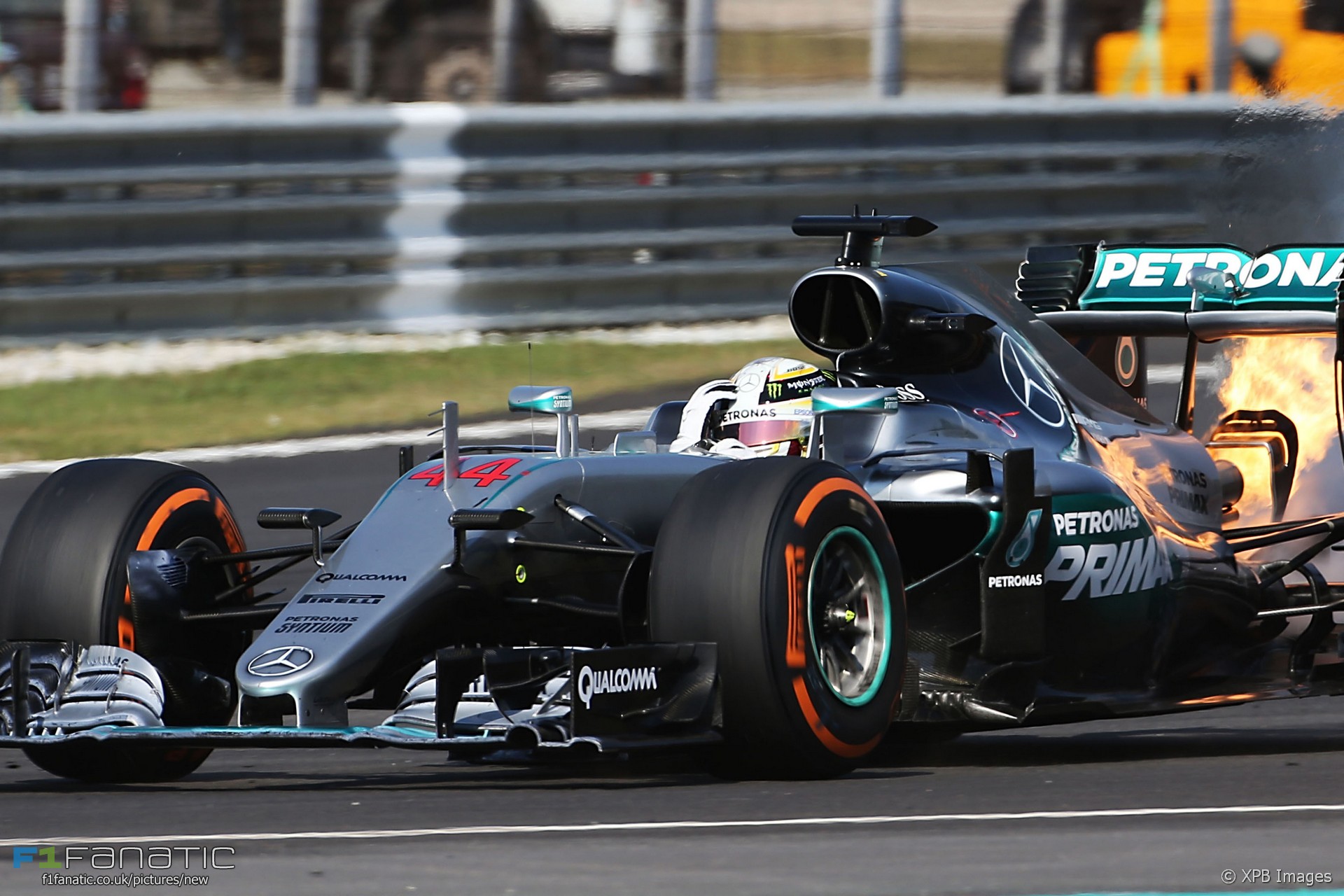 From the Singapore Grand Prix, where a first-lap crash hit Sebastian Vettel’s championship hopes hard, the F1 field heads to Malaysia, where Vettel also failed to make it beyond lap one 12 months ago.

On that occasion it was Nico Rosberg who Vettel collided with, ending the Ferrari driver’s race on the first lap. But Sepang has been a good venue for him before – with four victories, Vettel has won here more than any other driver.

Vettel’s record is unlikely to be broken in the near future as Malaysia is hosting its race for the final time this weekend. The only driver who could tie Vettel’s record of four Malaysian Grand Prix wins this weekend is Fernando Alonso, on three.

In a similar vein Lewis Hamilton could tie Michael Schumacher’s record for most Malaysian Grand Prix pole positions if he takes his fifth at Sepang this weekend.

Alonso’s three wins at Sepang all came with different teams: Renault, McLaren and Ferrari. Kimi Raikkonen has likewise won this race twice with a different team each time. Hamilton and Daniel Ricciardo, last year’s winner, have a victory apiece.

Singapore was expected to be a weaker venue for Mercedes but they won there for the second year in a row. In contrast, their form in Malaysia has fallen short of what we’ve come to expect from them. Despite Hamilton taking pole position for the last three races at at this track they’ve only won here once, when Hamilton dominated proceedings in 2014.

Of course Hamilton was set to repeat his victory last year when his power unit failed, a development which had major ramifications for the championship. While Hamilton suffered Mercedes’ only race-ending reliability problem in 2016, this year his team mate is in the same situation. This has also had a profound effect on the championship.

In Spain Mercedes brought new power units for both their drivers. However Bottas suffered a water leak on his during practice which meant his old one had to be re-fitted. This later failed in the race.

Imagine for a moment those new power units had gone into the other cars. Instead of Bottas retiring from third Hamilton would have dropped out of the lead. And instead of Hamilton going to Malaysia with a 28-point lead over Vettel and 51 points on Bottas, Vettel would still be the championship leader with the Mercedes pair within 12 points of him. The point of this is not that any driver has been ‘lucky’ or ‘unlucky’, but it serves to illustrate how the most seemingly inconsequential decisions can change the championship situation so dramatically.

As things stand Hamilton’s lead means the earliest the championship could be decided is in the United States Grand Prix, three races before the end of the season. He’s in great form at the moment having taken three wins in succession and four victories from the last five races. Valtteri Bottas hasn’t tended to go so well in Malaysia and has never out-qualified a team mate at this track.

Finally, the arrival of Pierre Gasly means there will be three French drivers on the grid this weekend, an increase of two since the beginning of last year. It’s a timely increase with the French Grand Prix making a return on the 2018 F1 calendar.

Unusually, the configuration of the Sepang circuit has not changed since it held its first F1 race 18 years ago. However it was extensively resurfaced last year. Expect another record-breaking weekend if F1 can steer clear of the thunderstorms which often affect this event.