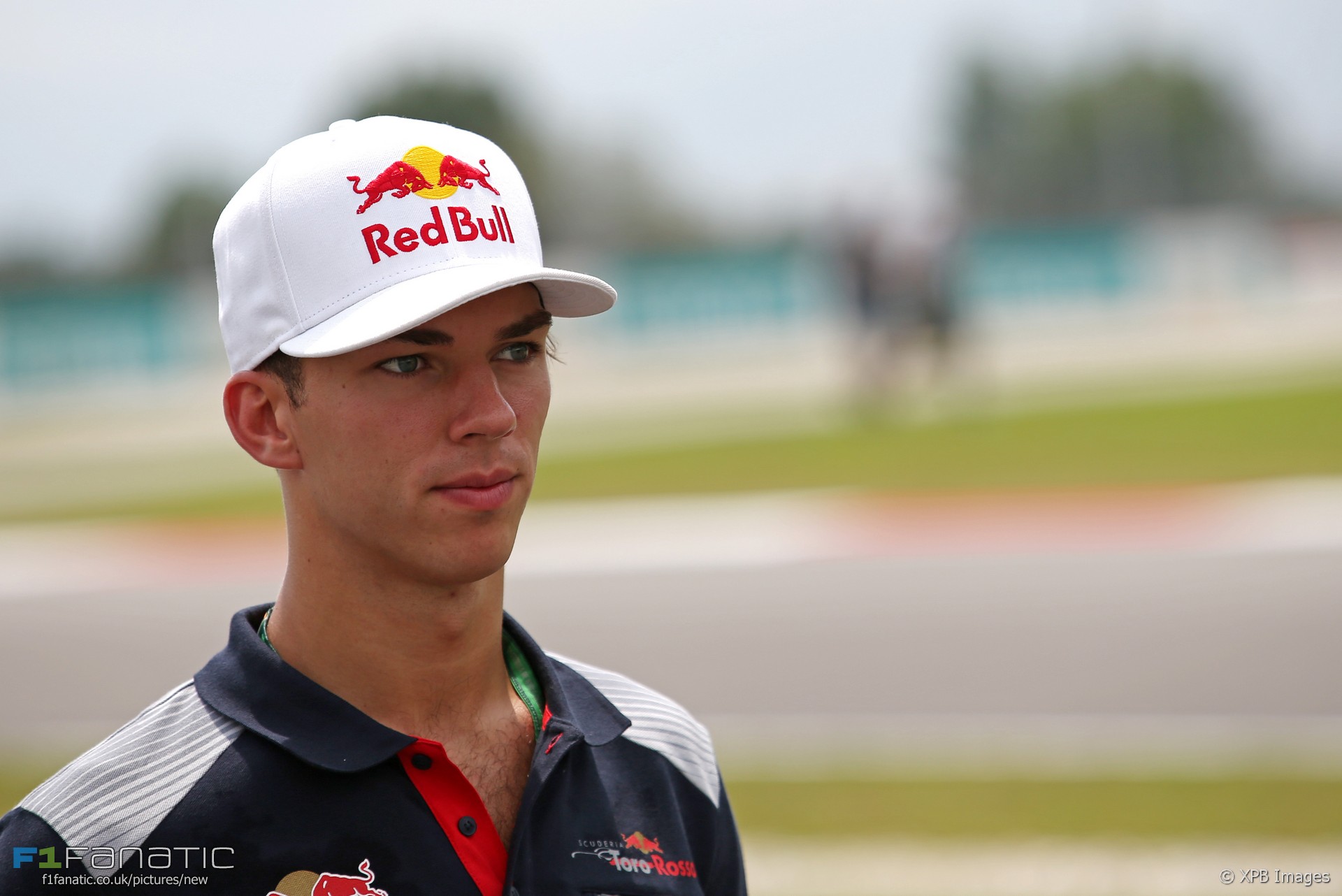 Pierre Gasly says he doesn’t know whether he’ll do all six of the remaining races this year after he makes his F1 debut for Toro Rosso this weekend.

“At the moment I don’t know how many races I’m going to do in F1,” said Gasly. “There is nothing confirmed. The team told me to focus on this weekend, I’ll try to do my best.”

Gasly has raced in Super Formula this year and has a chance to win the championship at its final event which is on the same weekend as the United States Grand Prix.

The 21-year-old only found out on Tuesday he would be racing this weekend in place of Daniil Kvyat. Gasly said he felt sorry for his predecessor but suggested Kvyat may return.

“I didn’t have the chance to talk with him yet,” said Gasly. “But unfortunately that’s how it works in this sport.”

“Being in my position before I came to F1 I was waiting for the chance and then you have to take it off someone else. Of course I feel sorry for him, I think he’s a really good driver, talented. Unfortunately it’s happened and I’m going to take his seat but I’m pretty sure we’ll see him back on the grid at some point maybe and we’ll see what’s going to happen in the near future.”

Gasly said he is prepared to be patient when he gets behind the wheel for the first time tomorrow.

“I’ve been competitive in lower series,” he said. “I’ve won the Eurocup in two litres, finished second behind Carlos [Sainz Jnr] in [Formula Renault] 3.5, I’ve won GP2 and I’m racing in Japan this year and fighting for the championship with one race to go.”

“I’ve been dreaming about this weekend so many times and it’s finally happening. So I’m just excited, I’m also competitive, of course I want to do well but also need to be objective. Coming in with six races to go for me there will be many things to learn and I’m just going to try to do my best to learn as quickly as possible.”