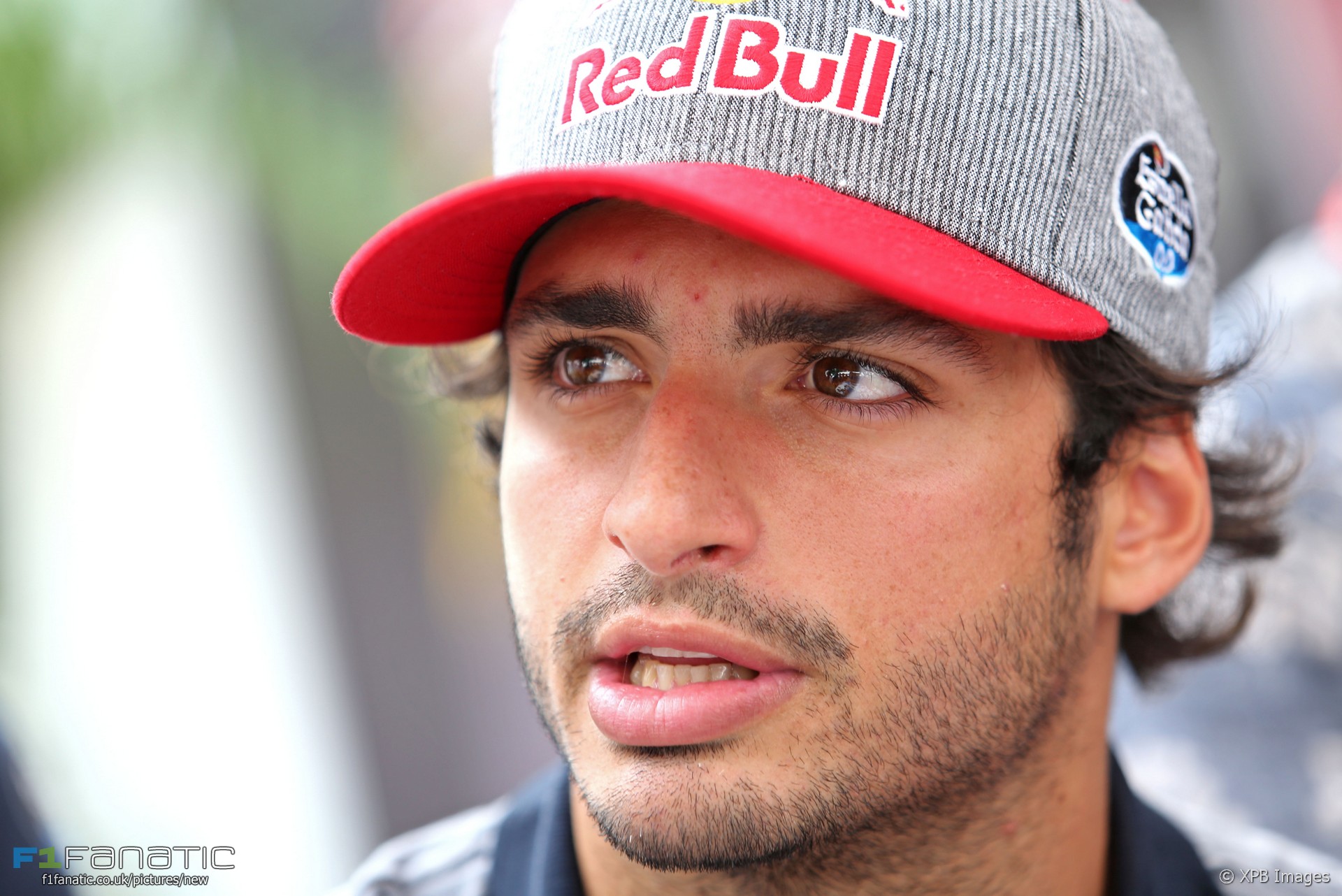 Carlos Sainz Jnr is frustrated he will not drive in the first practice session for the second weekend in a row in Malaysia.

Sainz will miss first practice as Sean Gelael will drive his car, as was the case in Singapore. Rookie Pierre Gasly has taken Daniil Kvyat’s place in the team’s other car this weekend.

“Let’s say I’m not the happiest man now knowing that I will miss for the second consecutive time free practice one,” said Sainz.

“Obviously in Singapore it turned out to be good because we still managed to get to Q3 and be fourth. But in a tougher weekend like Malaysia that I expect I will have some work to do in FP2 and FP3, hopefully like in Singapore we can do our best and come back strong like we did there.”

However Sainz admitted he was very pleased with his career-best result in Singapore after missing the first practice session.

“It was a great weekend all around,” he said. “First of all the news on Friday, then Q3 on Saturday, fourth place on Sunday. Probably one of my best weekends in Formula One.”

Sainz shrugged off a suggestion that the news of his impending move to Renault inspired him to produce his best drive yet. “It didn’t really affect me,” he said. “to be honest I did everything that I’ve done this year, it just happened to be my best result in Formula One which is quite nice to do it in the exact same weekend.”

“I’m very proud of it. We did celebrate a bit on Sunday but at the same time from Monday onwards I was watching videos of previous years in Malaysia and I turned the page pretty quickly.”