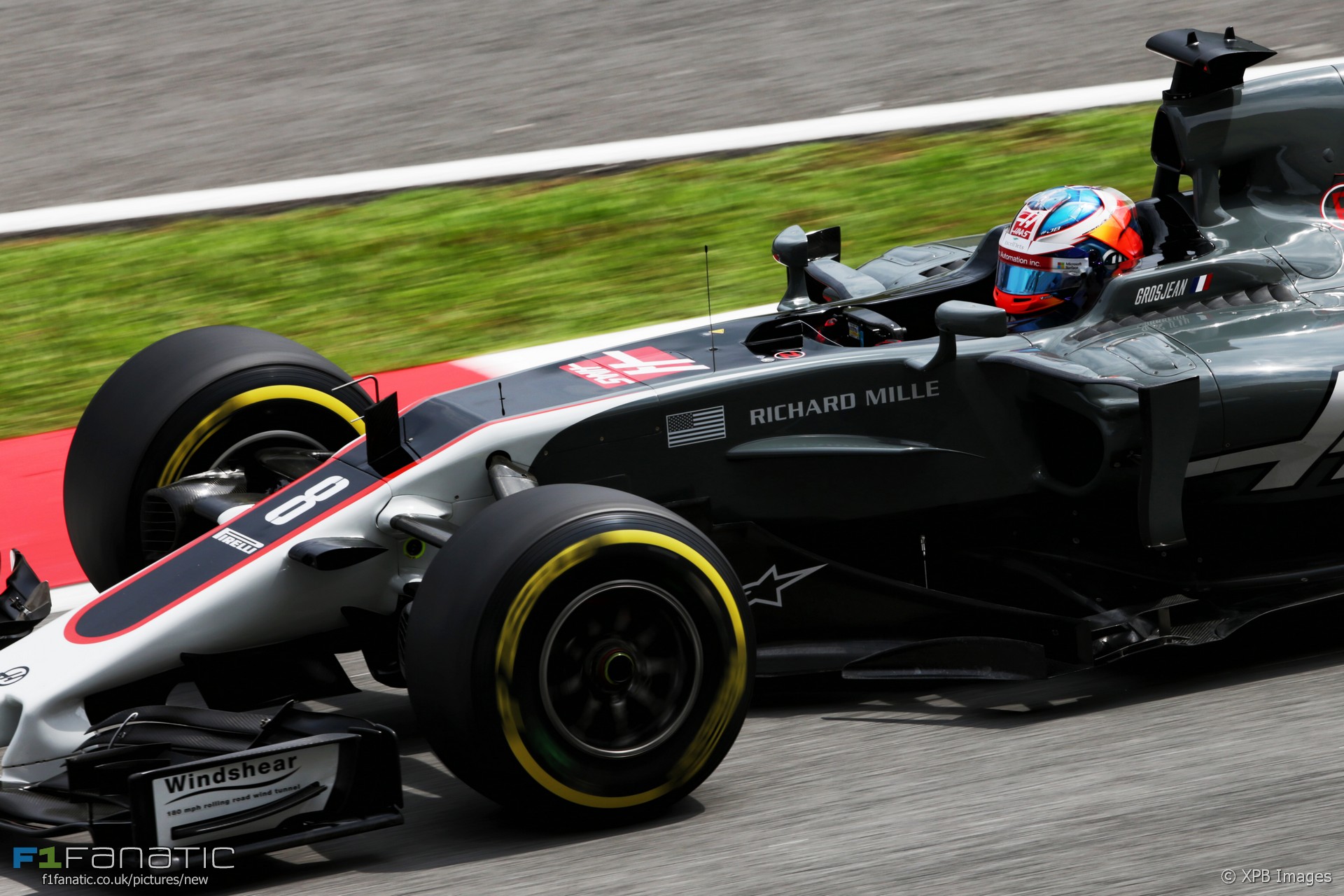 Haas has been given a special dispensation to break the curfew on on working hours between second and third practice in order to repair Romain Grosjean’s car.

Teams are allowed to break curfew a maximum of two times per season. However this will not be counted towards Haas’s allocation as the damage caused to Grosjean’s car was deemed to be beyond their control.

The stewards said they “consider that the circumstances causing the crash of car eight were entirely and clearly beyond the control of the driver and the competitor (and any other driver or competitor) and consider them as ‘force majeure’.”

Haas may only carry out work on or related to Grosjean’s car and the FIA parc ferme cameras for both the team’s cars must be activated during the period when work is normally restricted.

Grosjean was travelling at around 270kph when he struck the loose drain cover at turn 12. He was unhurt, but Haas team principal Gunther Steiner was sharply critical of the condition of the circuit, saying such a problem was “unacceptable”.