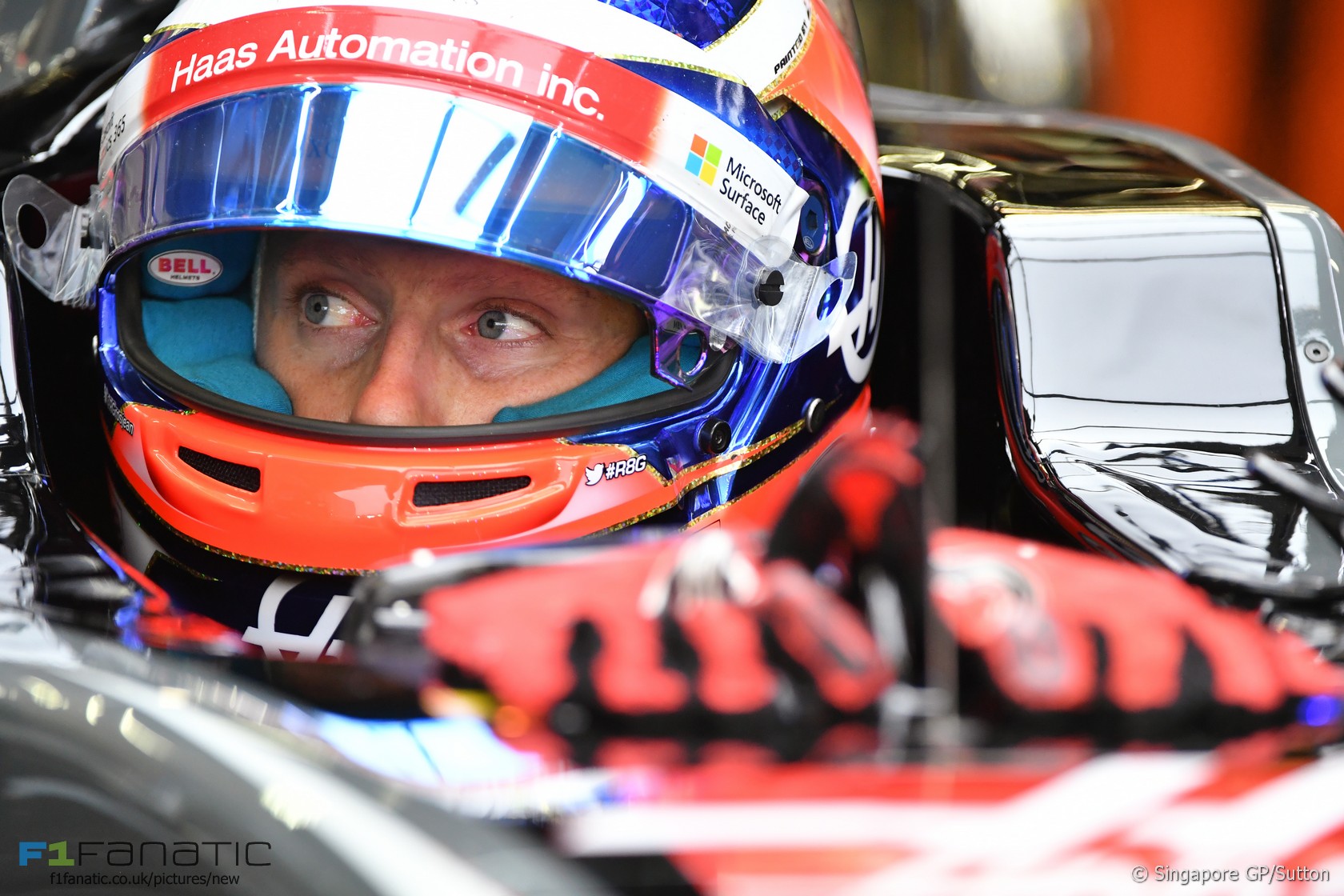 Romain Grosjean says he didn’t see the drain cover which caused his crash during the second practice session.

“I’m fine, that’s the most important thing,” said Grosjean after being taken from the crash scene in the Medical Car.

“I just seen the footage, apparently a drain came out,” he explained. “I didn’t see anything, it was on the racing line and then suddenly I had a big impact to my rear-right.”

“The next thing I knew my tyre’s not there any more and I’m just spinning and heading for the wall.”

The session was red-flagged and abandoned with 20 minutes left to run so the track could be repaired.

“They’re going to sort things out,” said Grosjean. “It’s a shame because we’ve lost a lot of time running and knowledge with tricky conditions.”

“But hopefully we find a good set-up for tomorrow, we find a bit more performance and the drain strays in place.”

Last year the first practice session for the Monaco Grand Prix was halted due to a similar problem. Jenson Button’s McLaren suffered damage after he hit a drain cover on the circuit. Valtteri Bottas also damaged his car on one in the pits at Baku during final practice for that year’s race.