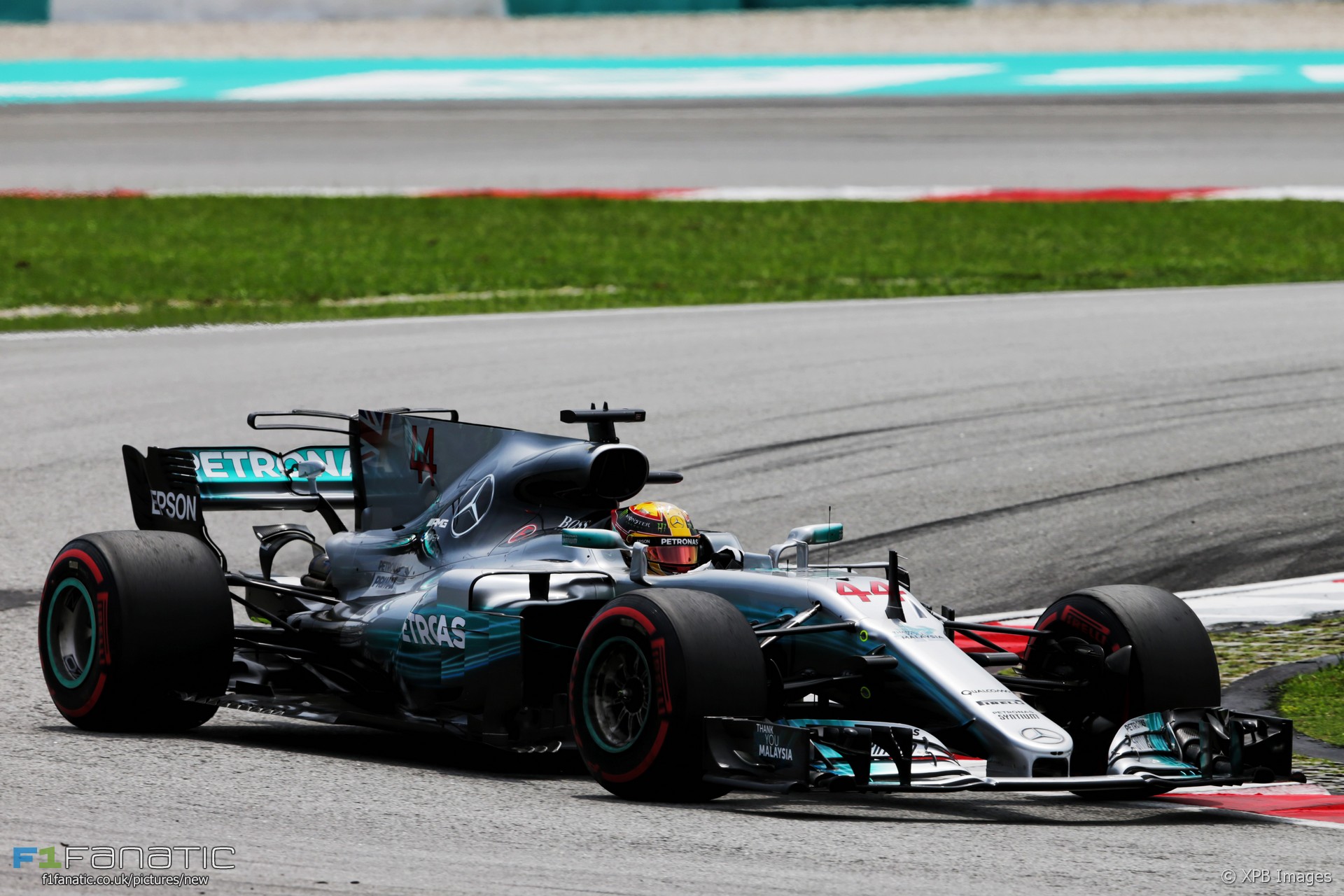 Lewis Hamilton admitted he had second thoughts about whether to use Mercedes aerodynamic upgrade at the Malaysian Grand Prix.

The team decided on a split approach for final practice with Hamilton using the original aerodynamic kit and Valtteri Bottas running the new one. But Hamilton said he had thoughts about switching to the same set-up as his team mate before qualifying began.

“We came with an upgrade that was supposed to be better but we were unsure yesterday because we were so far off,” he explained. “We went back to one car trying one, the other car trying the other.”

“Before qualifying I was thinking of going back to the new package because Valtteri’s and my times were very similar and Valtteri seemed really happy with it and so I didn’t want to carry a penalty going into qualifying. You want every little millisecond you can get.”

“But there wasn’t really enough time so we ended up staying with it. Also it was kind of a risk, changing the car again for qualifying and maybe getting something wrong and so that was really why we ended up staying with it. Fortunately I’d done P3 with it so I was quite comfortable with where I was and it provided a stepping stone in terms of making the set-up change.”

Despite continuing to run the older bodywork Hamilton managed to take pole position by four hundredths of a second. “Ultimately it is down in performance but fortunately it didn’t make a difference,” he said.

Hamilton said his team were up until 2am last night trying to solve the set-up problems which left them 1.4 seconds off the pace on Friday.

“We had such a difficult day yesterday,” he said. “It was difficult to know where we stood. I didn’t sleep very well, just like all my engineers as well, because we didn’t know whether we would fix the issue or not.”

“Today we arrived and the car was much better but still I think it looked like the Ferraris were a little bit ahead. We had some big calls to make going into qualifying and then those laps were, particularly the last one, the first Q3 lap, was very well put together, a very nice lap.”

Hamilton said he was surprised by his best effort in Q3. “I don’t really know where it came from, to be honest.

“It’s always a special thing to be able to extract a little bit more out of the car than it’s particularly willing to go. That’s what I’ve always enjoyed, since my dad would say, my first go-kart was fifth-hand or something like that, and he’d say it was like a four-poster bed. Not that my car was a four-poster bed today but I was hoping I could extract a little bit more out of it.”