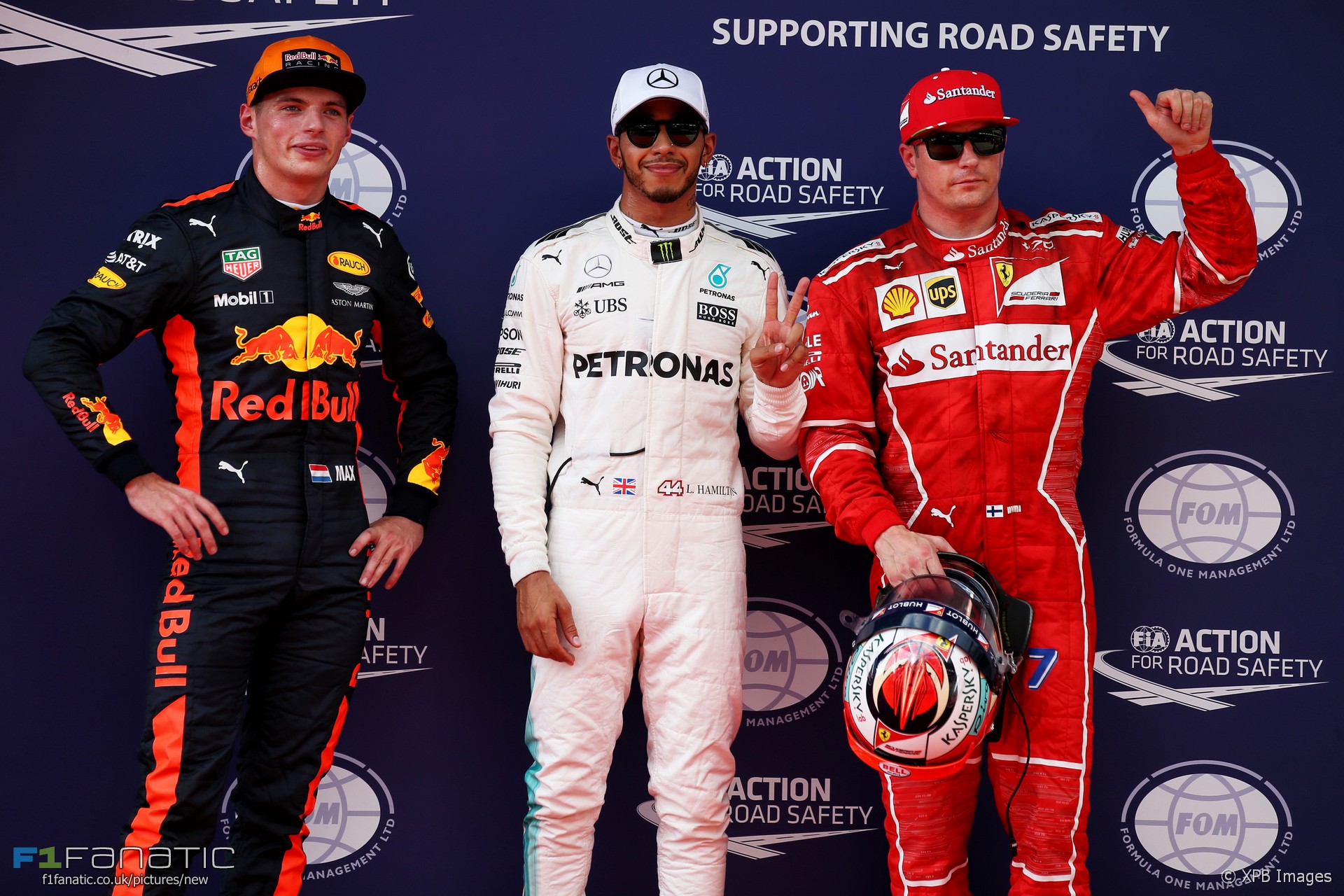 The Mercedes driver secured his 70th career pole position and became unbeatable in the contest for the 2017 pole position trophy.

But more important for his title hopes was the disaster which befell Sebastian Vettel. The Ferrari driver failed to set a time in Q1 due to problems with his power unit, and is set to start the Malaysian Grand Prix from last on the grid.

As the first part of qualifying began the Ferrari mechanics were hurriedly completing a power unit change on Vettel’s car. His Ferrari V6 hybrid turbo had faltered in the final minutes of final practice, leaving them little more than two hours to fit a replacement.

The team got Vettel out on track in good time, but all was still not well with his SF70H. He reported a lack of power on his lap, suggested the turbo wasn’t working, and returned to the pits. Ferrari made one last effort to get him back out but as the clock ticked down car number five went nowhere.

Vettel’s shock elimination meant five of the six Ferrari-engined entries fell at the first hurdle. Pierre Gasly, in his first qualifying session, reached Q2 at the expense of Romain Grosjean. The Haas driver joined his team mate and the two Sauber drivers in dropping out.

With Vettel out it fell to Raikkonen to carry Ferrari’s hopes through the rest of qualifying. He gave a good account of himself in Q2, setting the quickest time initially, with Max Verstappen and Hamilton hundredths behind.

After a frantic burst of final laps during which several drivers complained about traffic, McLaren delivered on the potential they had shown on Friday by beating both Williams drivers into Q3.

The Toro Rosso drivers were also among those who failed to make the cut. Pierre Gasly said he could have found more time if it hadn’t been for traffic, but the newcomer ended the session just a tenth of a second behind his team mate.

Raikkonen’s sole remaining Ferrari wasn’t able to contain Hamilton. On his first run, Hamilton was told to make a settings change on his power unit, but he duly produced a lap within a few hundredths of a second of breaking the 90 second barrier. Raikkonen was two-tenths adrift.

Starting his final lap Hamilton said he was concerned his power unit wasn’t giving full performance. He nonetheless managed to improve his time through the middle sector, but couldn’t carry the advantage through to the end of the lap.

Raikkonen had Hamilton’s time in his sights. He went even quicker through the middle part of the lap and was poised to deny his rival pole position, but a small error at the final corner cost him time. The Ferrari crossed the line with a time less than five hundredths of a second slower than the Mercedes.

Daniel Ricciardo had been the quicker of the two Red Bulls on his first run. But Verstappen outdid him the next time around and celebrated his 20th birthday by taking third on the grid by five-hundredths of a second. The pair were quicker than Bottas, who ended up fifth, over six-tenths slower than his team mate.

Force India and McLaren’s old hands were outdone by their less experienced team mates. Esteban Ocon claimed sixth ahead of Stoffel Vandoorne, and the pair were separated from their sister cars by Nico Hulkenberg’s Renault.