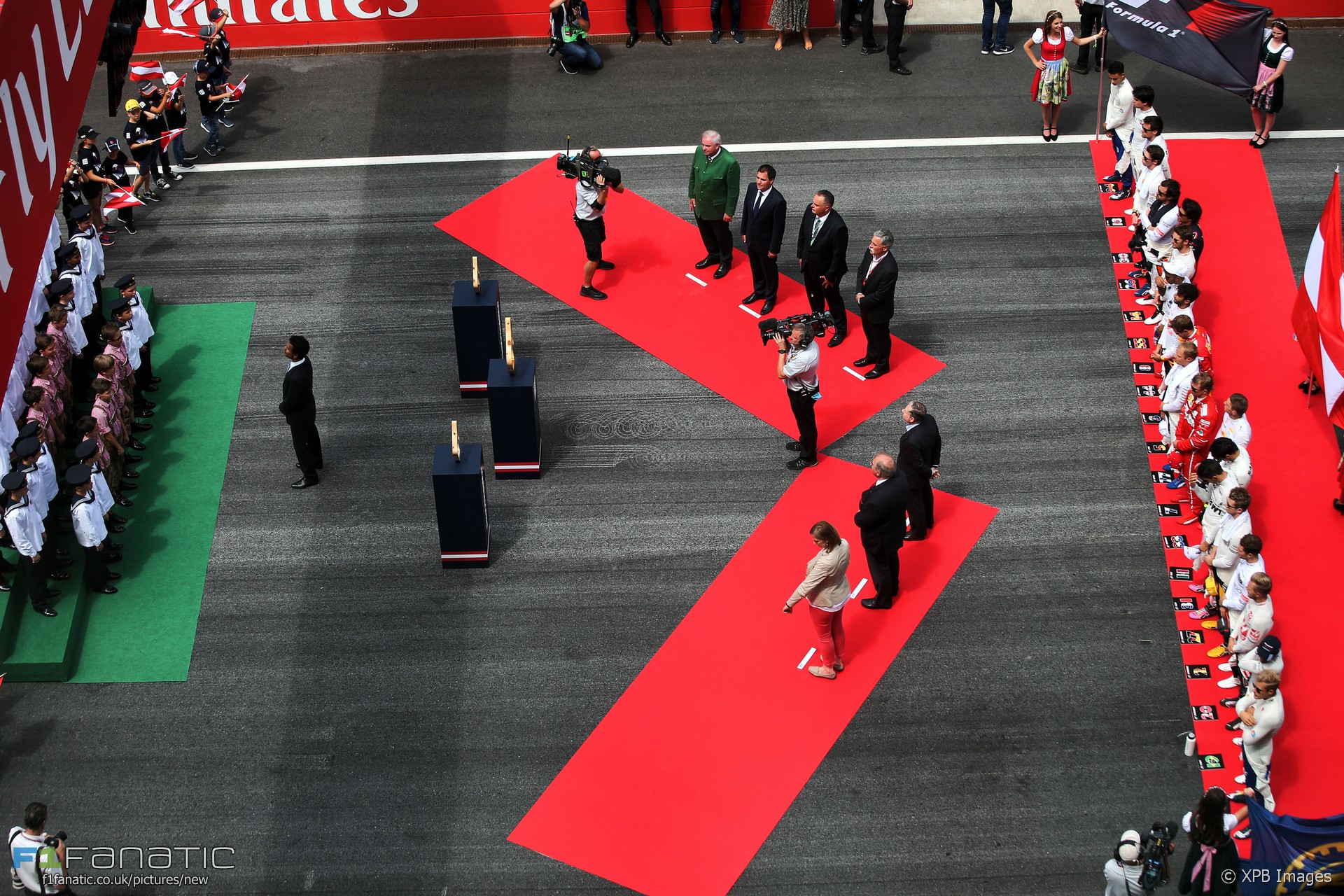 Lewis Hamilton says he is considering whether to participate in the ‘take a knee’ national anthem protests when Formula One visits the USA for next month’s grand prix.

Hundreds of players in America’s National Football League took part in the protests last week by kneeling during pre-game performances of the American national anthem. The protests were started last year by Colin Kaepernick in response to civil rights abuses against black people in America.

The protests have attracted fierce condemnation from US President Donald Trump, who called the players “sons of bitches”. Hamilton has repeatedly indicated his support for the protesters.

Speaking to The Times, Hamilton said he had not yet decided whether he would protest but said he would consider it.

“It’s important for everyone to stand up for what they believe in. I don’t plan on being more political but I do feel we should all stand up and stick by what we believe in.”

“I have not thought about it,” Hamilton added. “I’ve not even thought about that race but of course I will have to start to think about it — what would be right for me to do or do I even need to get involved?”

Hamilton acknowledged such a protest would be perceived differently if it was done by a British sportsperson instead of an American.

“It’s not my national anthem,” he said, “but the issue that is in the States… Well, it’s not just in the States, it is a global thing. It’s more focused and probably at its worse perhaps in America. I think we all do need to stand together.”

Hamilton has repeatedly indicated his support for the protesters in social media, including yesterday when he posted an animated video of a dog mounting a Trump doll. He later removed the post.

Mercedes executive director Toto Wolff responded to the post by saying Hamilton had “very strong” feelings on the subject of human rights. “I think he wanted to show that and probably Instagram as the communication channel is something that he needs to rethink but I can relate to his feelings,” said Wolff.

“I think one of the most important things in the US is that you have the right to express your opinion and I would want to leave it there and not comment any more,” Wolff added. “I think we are here as sport teams and sports should unite and I’m not sure it is happening everywhere in the world so I would rather lead by example and not comment on politics.”