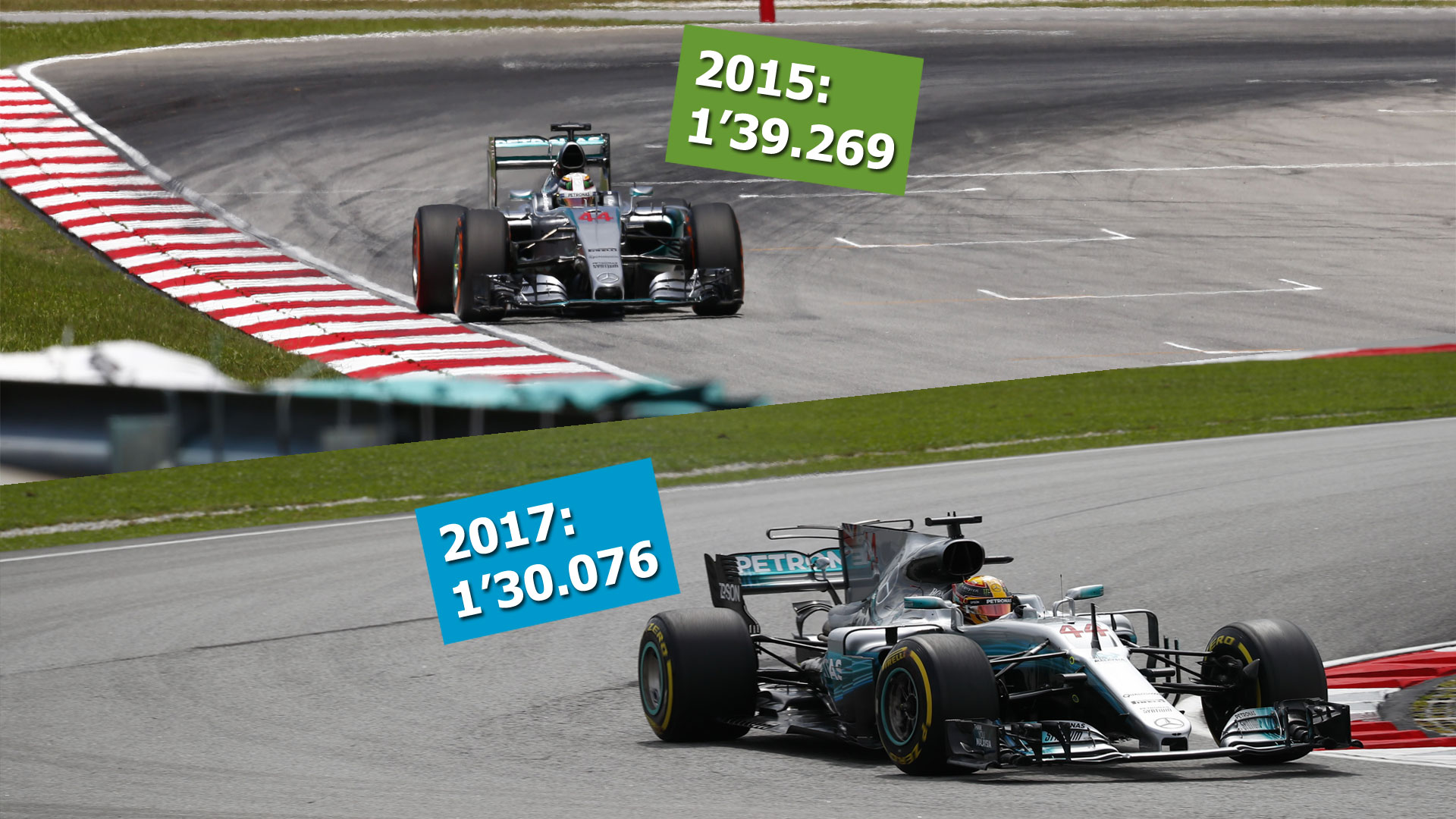 At the beginning of the year Formula One set a target of reducing lap times by five seconds per lap at the Spanish Grand Prix compared to 2015.

That target was hit – the cars were five-and-a-half seconds faster than they had been two years earlier. But at Sepang this weekend the gain is much greater.

Lewis Hamilton’s pole position time was over nine seconds faster than the quickest lap recorded throughout the entire race weekend two years ago. This is a huge gain which far outstrips anything we’ve seen so far this year:

Why are the cars so much faster at Sepang? As the graph above shows big strides were made last year. This was for three main reasons.

First, the race was held six months later in the season, meaning the cars had the benefit of considerably more development. Second, the track was extensively resurfaced and re-profiled which made it faster. And third, qualifying for the 2015 race was affected by rain, which meant we didn’t see the peak of what the cars might have been capable of.

Once all that had been taken into consideration, the gains made thanks to the new technical regulations this year is fairly typical of what we’ve seen elsewhere. The cars are 2.7 seconds faster per lap compared to last season, which is more than we’ve seen at most tracks but well short of the 4.2 second leap seen at Spa.

Having knocked two-and-a-half seconds off the all-time track record at Sepang, will the race lap record be broken in the race? The chances are good. Last year’s fastest lap was a 1’36.424 set by Nico Rosberg, so an improvement of 2.2 seconds will see Juan Pablo Montoya’s 2004 record of 1’34.223 fall.

Once again the much-improved Renaults are leading the way in terms of which team has made the most progress. Toro Rosso are also enjoying a considerably improved performance as well.

But despite getting on top of the problems they experienced yesterday, Mercedes remain among the bottom half of teams in terms of how much progress they’ve made in Malaysia.

But of course this will all become moot in 24 hours’ time when F1 bids farewell to the Sepang International Circuit.