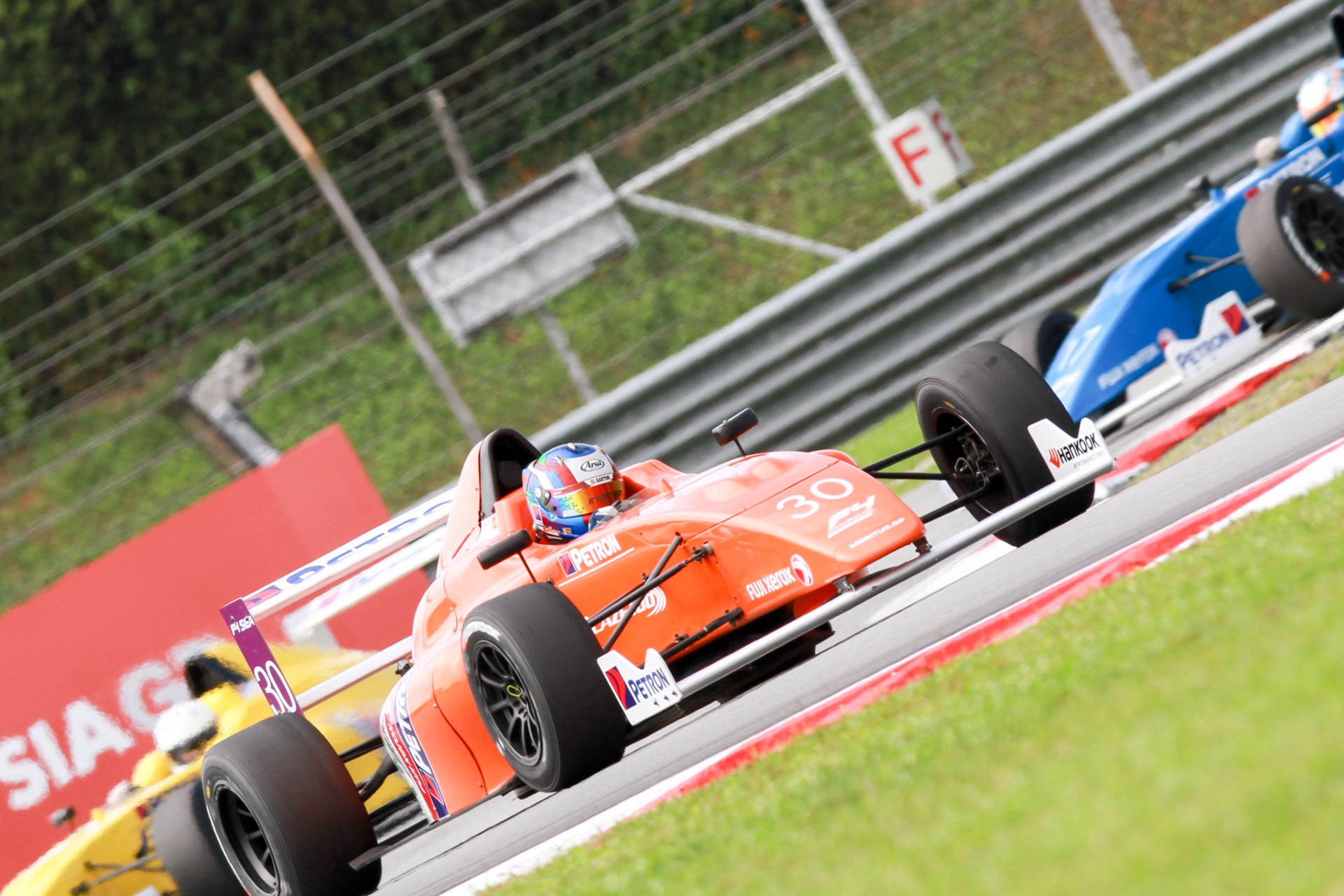 The organisers of the Formula Four South East Asia championship have apologised after every driver retired from one of their Malaysian Grand Prix support races.

All nine drivers who took part in race three of the weekend ran out of fuel having completed less than six of the eight laps scheduled. The race was won by Singapore’s Danial Frost.

The F4 SEA series was scheduled to run the first six races of its 2017 season during the grand prix weekend. However the first race was cancelled as a broken drain cover was repaired on the track following F1’s second practice session.

Races one, two and three were run prior to F1’s final practice session. As race three was due to start 20 minutes after race two finished, the organisers put extra fuel in the cars before the start of race two. However it proved insufficient.

“With races two and three back-to-back and without the possibility to top up, we filled the cars for both races before the start of race two. However we miscalculated the requirements. As we are a one-team championship all the drivers were unfortunately affected.”

The first two F4 SEA races were won by Chinese driver Daniel Cao. The two remaining events will be run prior to tomorrow’s grand prix along with rounds of the Malaysia Championship Series and the Porsche Carrera Cup.