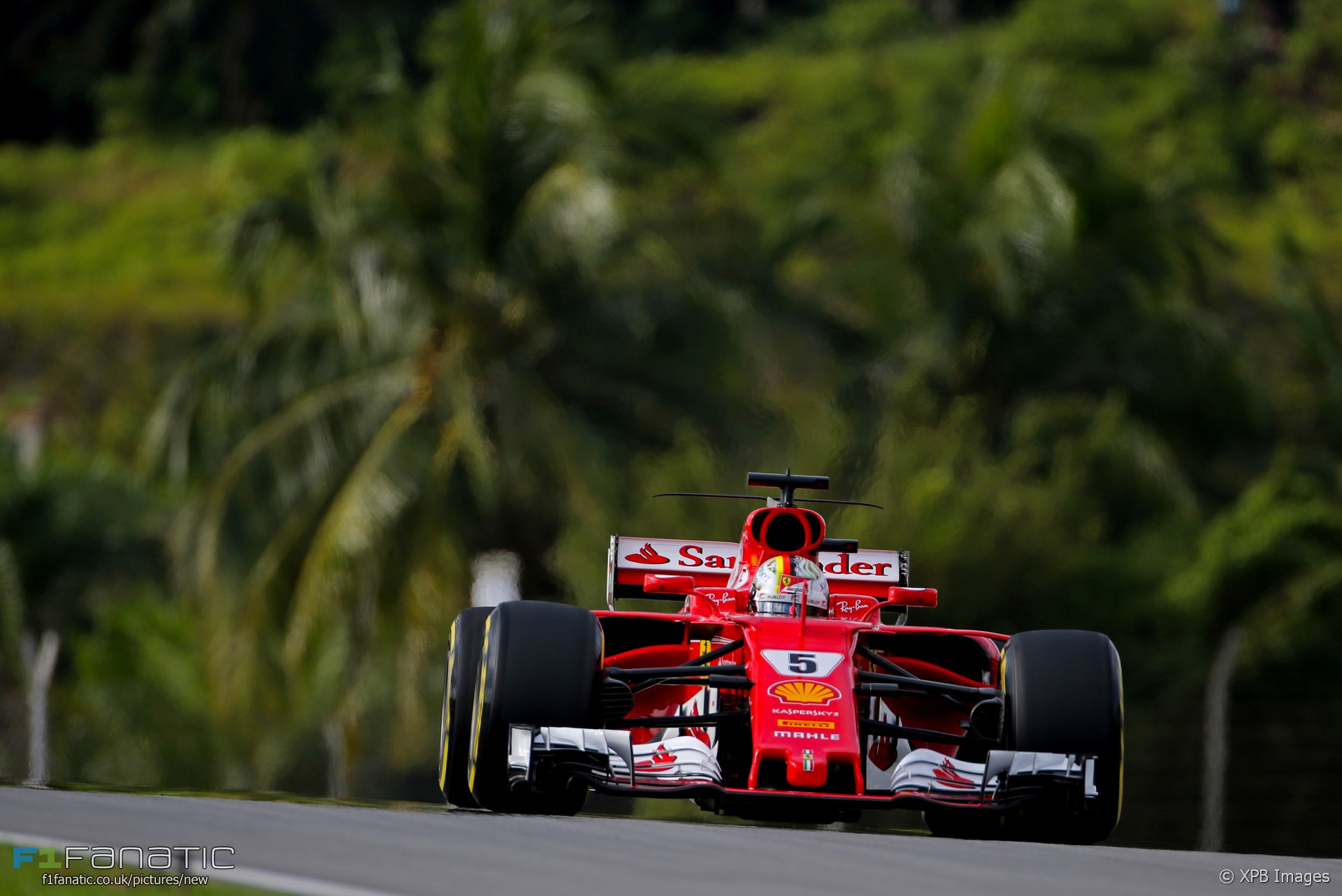 Sebastian Vettel blamed Lance Stroll for the collision between the pair which occurred after the end of the Malaysian Grand Prix.

The Ferrari driver finished eighth, four places ahead of the Williams, but the pair collided at turn five on their way back to the pits.

“I went on the outside to pick up a bit of rubber,” Vettel explained. “I think Lance wasn’t looking and wanted to do the same but that was too late, I was already there and we had contact.”

“That was completely unnecessary. I think he just didn’t look and then decided to go and pick up some rubber.”

“Obviously it’s not my fault if somebody just decides to pick up some rubber and hit another car,” Vettel added.

However Stroll said he did not do anything unusual when the pair made contact. “I was going into the box and I was doing a normal line, picking up rubber,” he told Channel 4.

“It was the in-lap, I was just driving slowly back to the pit lane,” Stroll added.

The stewards have announced they are investigating the incident. “We’re going to have to go to the stewards and talk about it,” said Stroll. “I don’t know, it’s a very strange incident. Obviously the race wasn’t going on so it wasn’t intentional for either of us.”

Vettel already has five penalty points on his licence while Stroll has none.