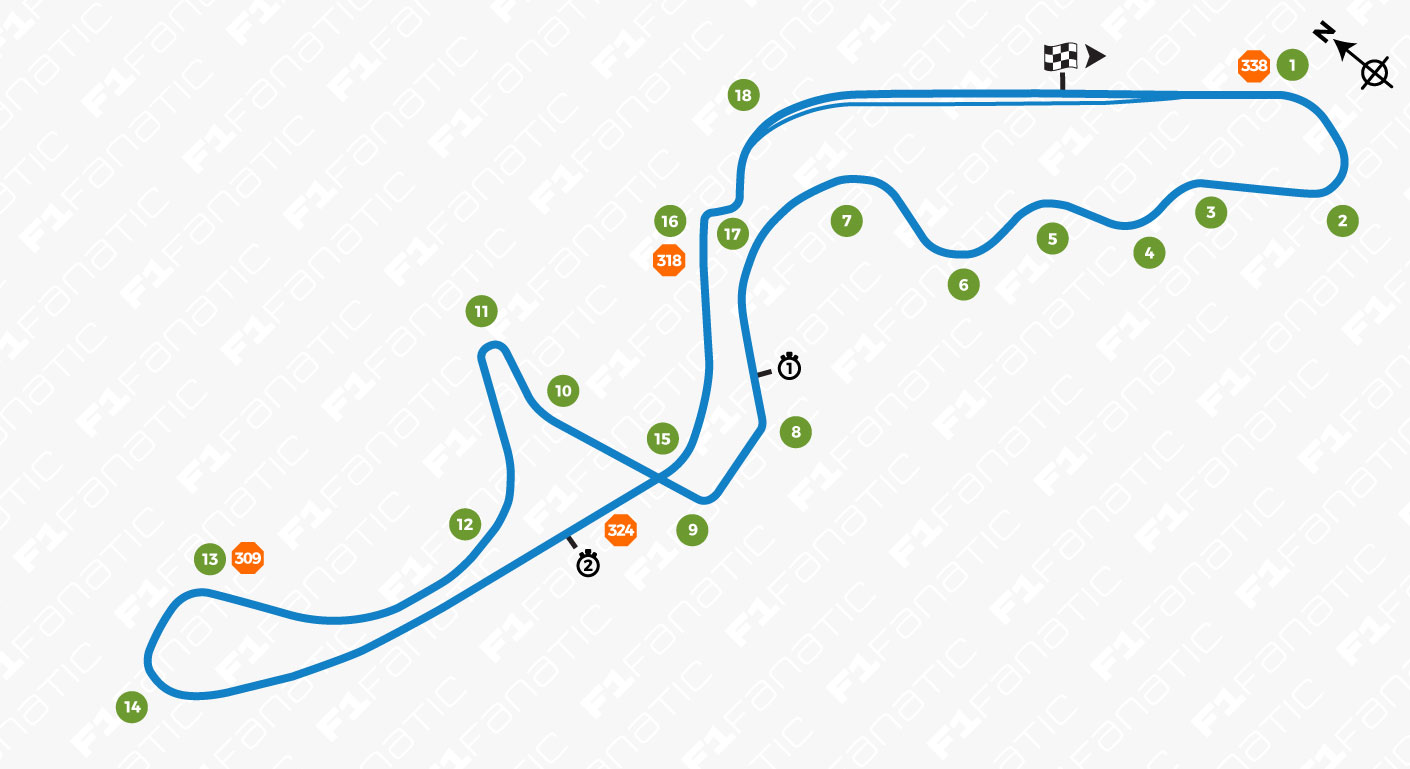 Suzuka became Formula One’s second home in Japan when the championship raced at the Honda-owned venue for the first time 30 years ago.

But it has proved a more enduring venue than Fuji, where F1 made its debut in Japan in 1976, but has only returned to 11 times since.

Suzuka is undoubtedly the better venue for showcasing the capabilities of F1 cars. But its enduring presence on the F1 calendar owes more to the face it is owned by long-time F1 competitors Honda. Toyota’s Fuji circuit made a brief return in place of Suzuka in 2007 and 2008, then disappeared, followed soon by its owners.

The track was built in the sixties and designed by John Hugenholz. A few changes were made for its inaugural F1 event which included remoulding the Degner turns (eight and nine) into two separate corners instead of one, creating more run-off room. The final corner was considered too daunting fast even by the standards of 1987, so a chicane was added which two years was the scene of one of F1’s most notorious controversies.

Since then there have been few significant changes. The chicane and pit lane entry have been fiddled with, but the only major alteration came after Toyota’s Allan McNish demolished a barrier at 130R (turn 15) in 2002. The following year the corner was reprofiled to create more run-off space.

The 2014 crash which claimed the life of Jules Bianchi will of course leave many with mixed feelings about the venue. Yet it remains a favourite track even among those who were closest to the much-missed racer.

“I think it’s the flow, the corners, the high-speed nature of the track,” said Romain Grosjean.”There’s a risk, as well, with all the gravel and the narrow parts of the circuit.”

However that narrowness and the sequences of quick corners makes Suzuka one of the more difficult circuits for overtaking. Even lapping backmarkers, as Sebastian Vettel discovered last year, can be tricky.

A lap of Suzuka

Balancing a car to perform well through Suzuka’s many quicker corners is vital, says Grosjean. “It’s one of those tracks where you need quite a lot of downforce and a really good car in the high-speed corners.”

“There are some important low-speed ones, as well. It’s about getting the right confidence in being able to push to the limit in those tricky sector-one turns. It’s not an easy track to set up the car, but definitely a really good one to be on.”

The lap begins with one of the quickest corners on the track. “Turns one and two are very high-speed on entry,” says Grosjean. “They’re long corners with a tricky exit.”

It begins a series of corners which flow from one into the next. “If you start getting understeer too early, you’re out of the phase quite early onto turns three, four, five, six, seven and eight. If you start with oversteer, it’s bad as well. There’s a fine line in having the right balance there, and to not be too far off what you should have in the low-speed corners as well.”

The entry into the long turn seven is particularly important as it begins the uphill climb towards Degner. This is “double right-hand corner, very high-speed, very tricky exit kerb in between.” It’s common to see drivers running too wide here and making it as far as the barriers.

The cars then pass under the crossover – another of Suzuka’s unique features – flick right and brake for the hairpin. This is another low-speed corner followed by a long acceleration zone and the Spoon curve.

“Traction is always important in going to Spoon corners,” says Grosjean. “Same stuff here as turn one – very high-speed entry, going down to the second part with a very important exit which then leads to the big back straight.”

Although 130R isn’t as fearsome as it was 15 years ago, it remains a tricky corner and a crucial one as it is followed by a significant overtaking opportunity at the chicane. The narrow, slightly curved approach makes for a tricky braking zone, after which traction is key as drivers head for the finishing line.