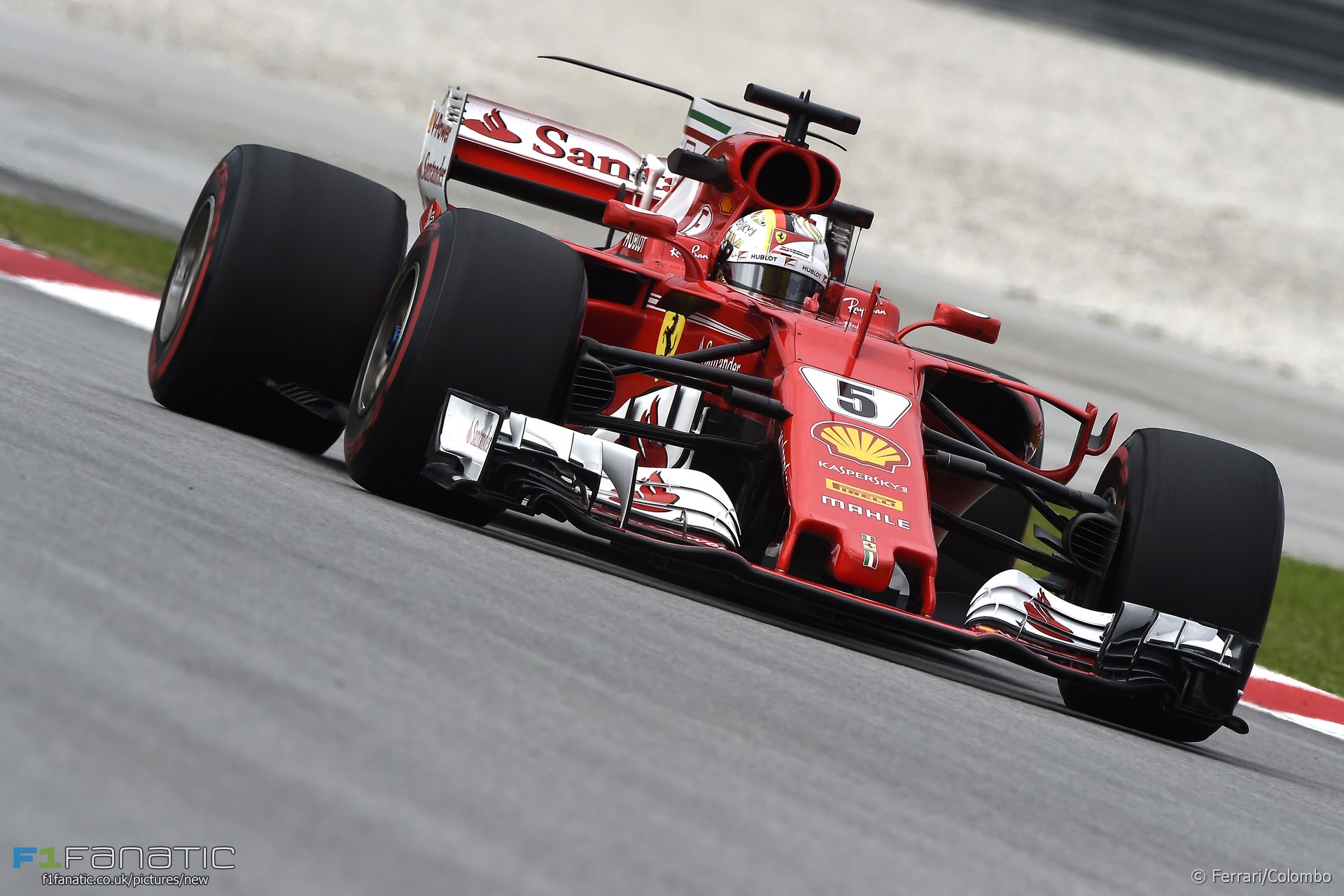 Sebastian Vettel will not have to take a grid penalty at the Malaysian Grand Prix as he can continue to use his gearbox from the race weekend, Ferrari has confirmed.

Damage to the left-rear of Vettel’s car following his collision with Lance Stroll on the slow-down lap after Sunday race prompted concerns he would have to use a new gearbox for this weekend’s race in Japan. As this would mean replacing a gearbox which had not been used for six consecutive events, Vettel would have incurred a five-place grid penalty.

Vettel said he feared a “bad surprise” following the collision. However his team has allayed those fears. On Wednesday is announced “the gearbox [Vettel] used in Malaysia is still available.”

This will be the second race weekend for the gearbox which was used for the first time in Malaysia. He will have to continue using the same gearbox for all the remaining races if he is to avoid a penalty, unless he retires from one of the upcoming rounds.

Vettel endured a difficult weekend in Malaysia where he was unable to set a time during qualifying due to a problem with his power unit. As he started last, Ferrari used the opportunity to fit more new power unit parts to his car without being moved further back on the grid due to penalties.

The Ferrari driver goes into this weekend’s race 34 points behind championship leader Lewis Hamilton. Both Ferrari drivers have avoided gearbox change penalties so far this year but the Mercedes pair have had one each.