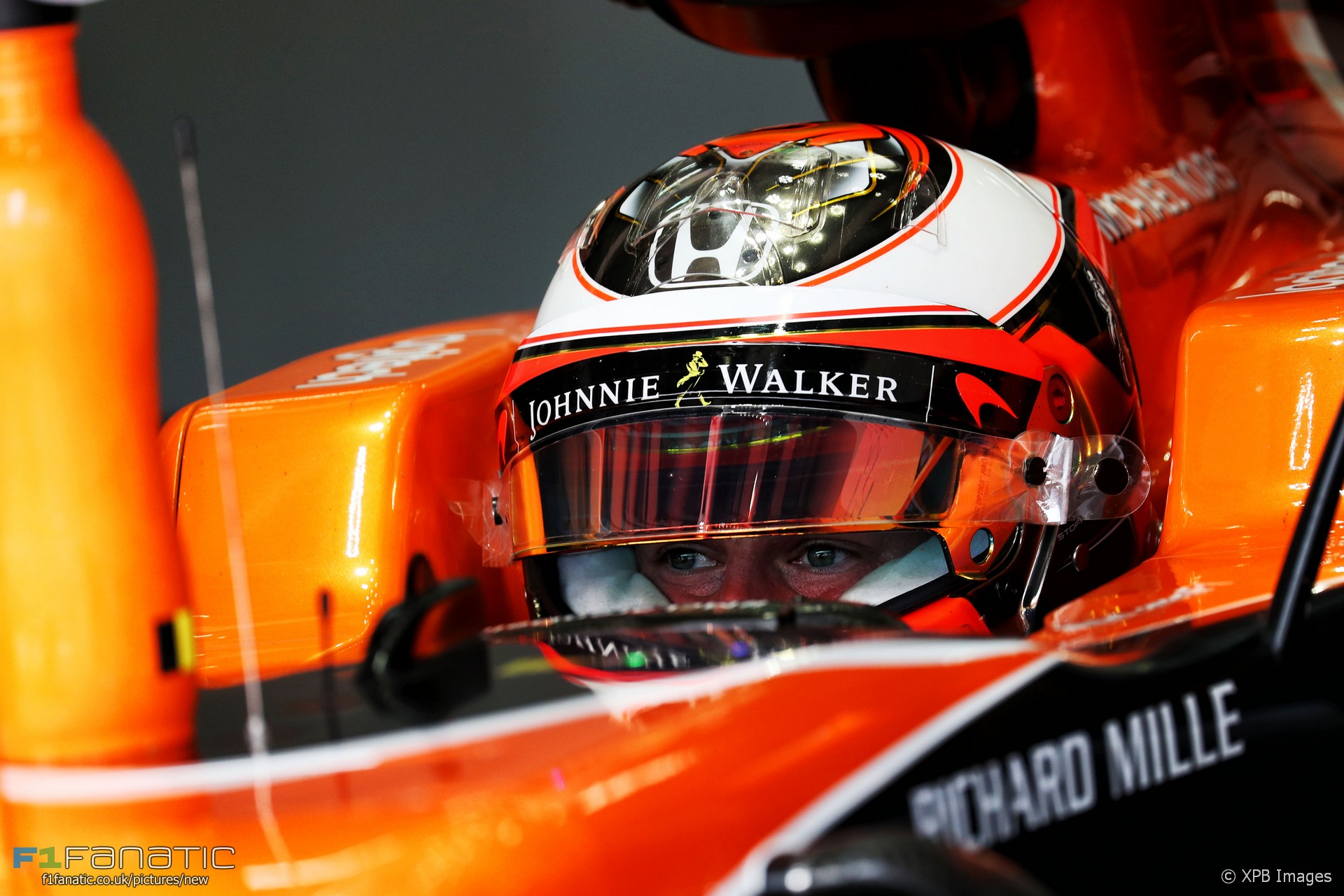 In the round-up: Stoffel Vandoorne says he feels ready to lead McLaren.

"Fernando is not going to continue forever so how long he will stay in F1, if he will stay with us, I don't know. I'm just pushing from my side, not thinking too much about my teammate to be honest and to really trying to prepare for the future."

Mercedes in search of lost speed at Suzuka (Reuters)

"I‘m very much looking forward to Suzuka to see how the car behaves there because it should be completely different."

"If there is a new spec engine or any improvements, that will be with a penalty and we will start last. So it is difficult to compensate if we want to start last with an extra horsepower, or do we want to do a perfect weekend and try to score points?"

Steiner pleased Magnussen is standing up for himself (ESPN)

"I think once all these drivers get better they fight their corner and their space and I think it's quite natural to do that. At first you can get a bad reputation and then you can get a good one."

"F1 is a bargain for Mercedes in terms of the exposure the marque receives, certainly compared to the figures spent by rivals Porsche and Audi in WEC in recent years."

Helmut Marko: "Verstappen has a longer contract. But Ricciardo is already on the market. We have to look for alternatives. We will not be unprepared."

Damon Hill: "I had to win that race or the championship would have been over. It was hugely special, the race where I drove to my highest level ever. I don’t think I ever got back there."

Off to Suzuka. I used to love this Race. #JB17 https://t.co/nhQeyaKdYW

Presumably @NBCSN intimating they don't want an #OTT (even if non-live) platform from #F1 as that would compete with their product.

NBC statement regarding the #F1 broadcasting rights in the USA starts a new chapter for the sport. Expect a very different approach in '18.

I've had issues with Diffey/Hobbs, but NBC giving up F1 broadcasts stinks. They did a decent job trying to promote when US just doesnt care

F1 to ESPN is a little surprising, but given what Carey said about NBC it shouldn’t be I guess.

Have to wait and see how the @F1 converage turns out next year. Until then I'm gonna enjoy @F1onNBCSports while I can. Those peeps rock

ESPN taking over F1 broadcasting is a bad move. Viewership will decline even more.

I'll enjoy the remaining F1 races this year, but won't be watching next year as I don't watch anything on ESPN.

Should F1 make its gearbox and power unit rules consistent with each other?

I have always wondered why the rules are different for gearboxes than for engines.

When the limitations were introduced, the rules were that an engine must last x number of races in a row, unless the car was retired. Which is exactly as it is for the gearboxes still. Why not allow a certain number of gearboxes for the entire season as well?

Otherwise a top team outside the points will basically always retire a couple of laps before the finish, just to get a fresh gearbox in the car. This skews the results for the small teams. Back in the days of Caterham and Marussia when none of them scored points, their relative position in the constructors championship could be decided by top teams struggling for a particular race and wanting a new gearbox for the next race.
@Oel-f1