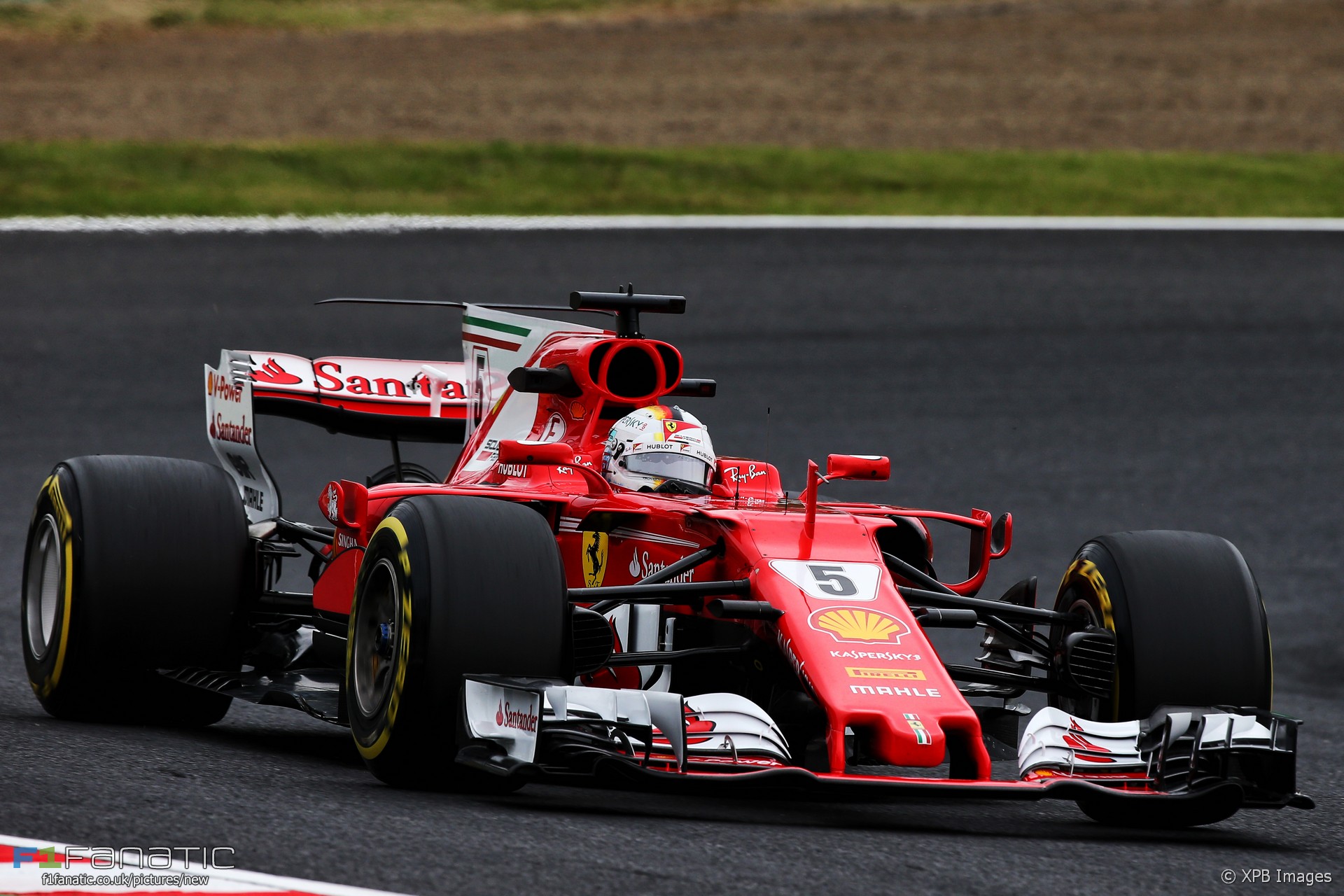 If Friday’s performance figures are borne out over the next two days, we could have an utterly gripping Japanese Grand Prix on our hands.

Thanks to the rain and Carlos Sainz Jnr’s crash, drivers only had around an hour of dry track time on Friday. And with further rain expected into tomorrow morning they might not see a dry track again until qualifying.

That brief window of running was enough for Ferrari to stake their claim to the top of the times sheets. But not by much: Sebastian Vettel was just two-tenths of a second quicker than Lewis Hamilton.

And, as we’ve seen often this year, Mercedes tend to pick up more performance from Friday practice to qualifying, thanks to those qualifying engine modes which the others haven’t matched yet. The chances of Hamilton taking his tenth pole position of the season tomorrow look good, even though he’s never had one before at Suzuka.

But if Mercedes should have the upper hand over one lap on the super-soft tyre, the soft tyre compound appears to be a different matter. Both Ferrari drivers were quicker on this compound, Vettel substantially so. And race day is expected to be several degrees warmer than the other two days of running, another factor which tends to tip the balance in Ferrari’s favour.

On paper, then, we could be looking at a Mercedes on pole with two Ferraris behind it which are very quick in race trim. Red Bull, winners last time out, are not to be discounted, but as Daniel Ricciardo admitted Ferrari seem to have something for them in race trim.