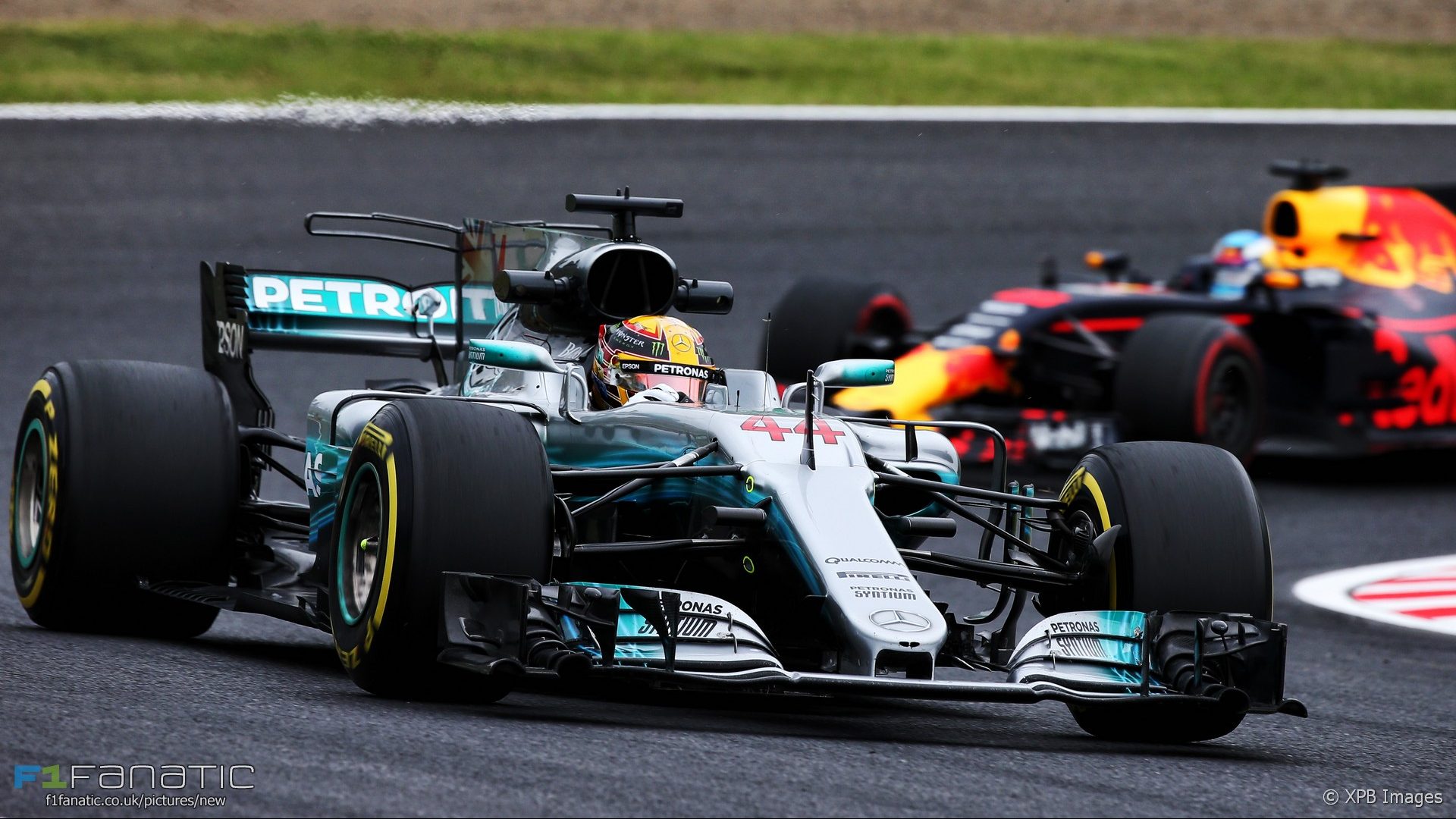 Lewis Hamilton says Mercedes are in good shape after the first day of running at Suzuka having been off the pace in the previous two rounds.

“The car feels back to normal so I’m ready to race,” said the world championship leader. Hamilton was quickest in the wet second practice session and two-tenths off Vettel on a dry track in the morning session.

“It’s been an interesting day,” he said, “the car is feeling much better than it was in Malaysia.”

“I’m glad that we had the dry session for FP1. In FP2, there was a lot of rain, but it felt really important to go out and assess the track and see how the car was feeling as the car was not good in the wet in Malaysia.”

“The fans are pretty special here,” Hamilton added. “To be out there in the rain, waiting for us to go out through the whole of FP2. That’s also another reason I wanted to go out and at least give them a little bit of a show. So hopefully at least they got to see something as not many cars went out.”

“My run with the soft tyres was good, but with the super-soft, I didn’t really gain any grip. So the main thing for me is to understand the super-soft performance. The long runs actually weren’t too bad, and hopefully we’ll see better weather tomorrow.”

11 comments on “Mercedes are “back to normal” at Suzuka – Hamilton”