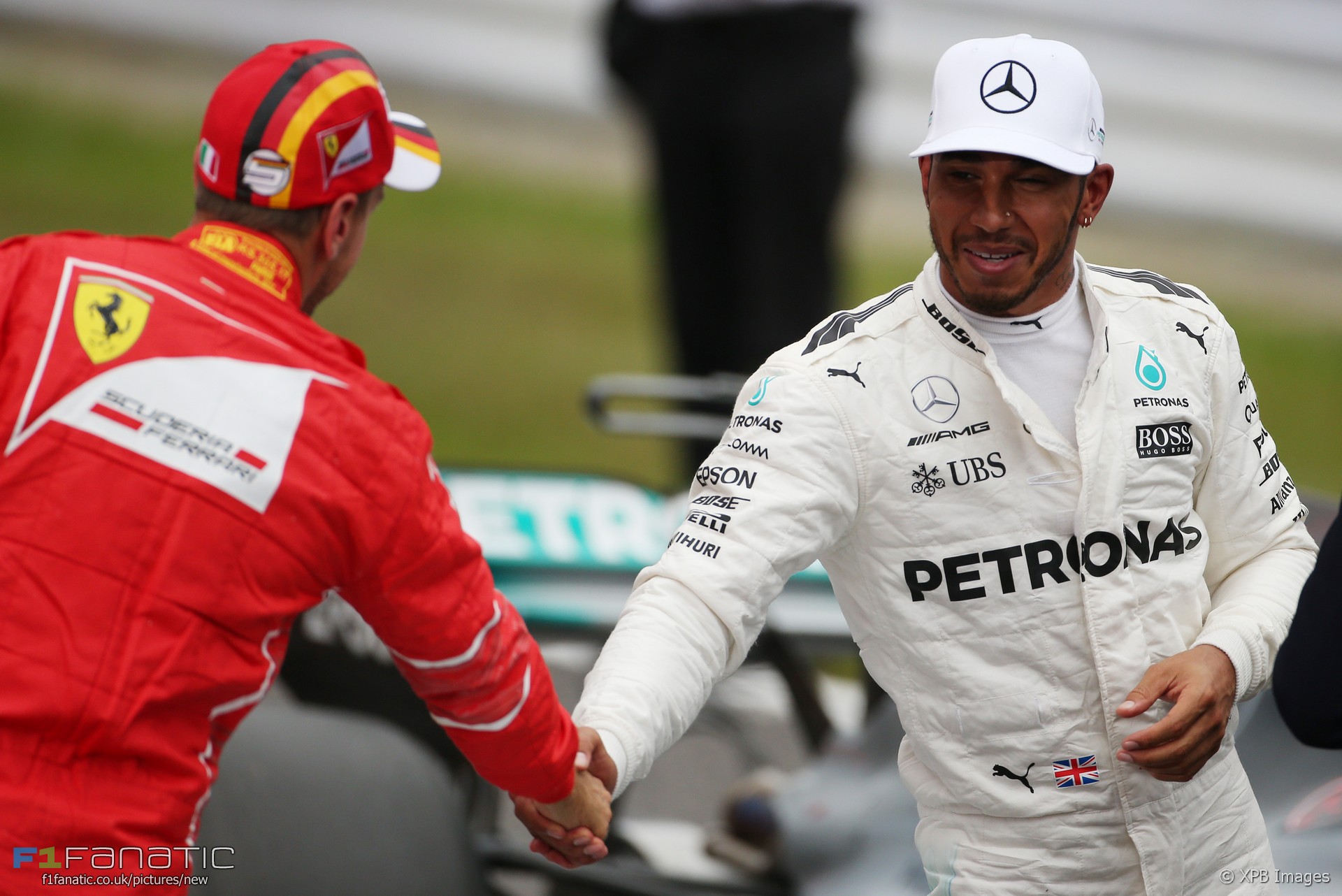 The two championship contenders occupy the front row of the grid at Suzuka. It’s hard not to be reminded of the many past occasions that provided the scene for an epic race.

In 1997 it was Jacques Villeneuve and Michael Schumacher. Three years before that it was Schumacher up against Damon Hill.

And of course F1’s most notorious rivalry was forged at this track. Ayrton Senna and Alain Prost locked out the front row of the grid for three years in a row at Suzuka. On the last of those occasions, Senna didn’t let Prost get as far as turn two.

The championship cannot be decided between Lewis Hamilton and Sebastian Vettel tomorrow but the stakes are still high. Vettel hasn’t taken any points off Hamilton since July. If he fails to do so in Japan he could win all the remaining races and still lose the title.

You only need to look back as far as Singapore for a reminder of how uncompromising Vettel can be at the start of a race. But what he really needs is for Hamilton to have the kind of disastrous start which wounded his title hopes at this race 12 months ago.

Although he’s won twice at this track, Suzuka hasn’t always been a happy hunting ground for Hamilton. “Every single time I’ve struggled here,” he admitted after qualifying. “Struggled with finding the right balance, often not starting on the right foot and then just struggling. Sometimes I’ve started on the right foot and led the car in completely the wrong direction.”

But on his ninth visit to Suzuka he appears to have nailed it. “This is the first time, and I would say definitely the first car, that I’ve really felt that it’s been underneath me all weekend,” he said. “Small tweaks here and there but in the right direction. So, I think fundamentally a better job done globally. Particularly with my engineers.”

However Hamilton is wary of the season-long traits of his car and Vettel’s. “Generally we take step a bit slower when we get to the races, whereas the Ferraris do the opposite.”

If Vettel can’t get ahead of Hamilton at the start, might the race strategy open up an opportunity for him? Pirelli have suggested this race might buck the recent trend of one-stoppers, particularly if conditions continue to get warmer as forecast.

Suzuka has a fairly short pit lane so the time penalty of making an extra pit stop is not as high as elsewhere. The crucial point will be whether the championship leaders can make early pit stops and come out in clear air. The position of their team mates, both of which are starting further back, will therefore become important. There would be no point for Vettel to make an early first pit stop if he’s just going to get stuck behind Bottas.

The Red Bull pair should be in better shape in race conditions as well. They have diverged slightly on set-up, Daniel Ricciardo carrying less wing than Max Verstappen in the home it will make him more competitive on the straights.

And of course should any drama break out between the title rivals, the two Red Bulls are perfectly placed to collect another win.

In whose favour will the championship turn tomorrow? And how will Valtteri Bottas and Kimi Raikkonen fare from their compromised starting positions?