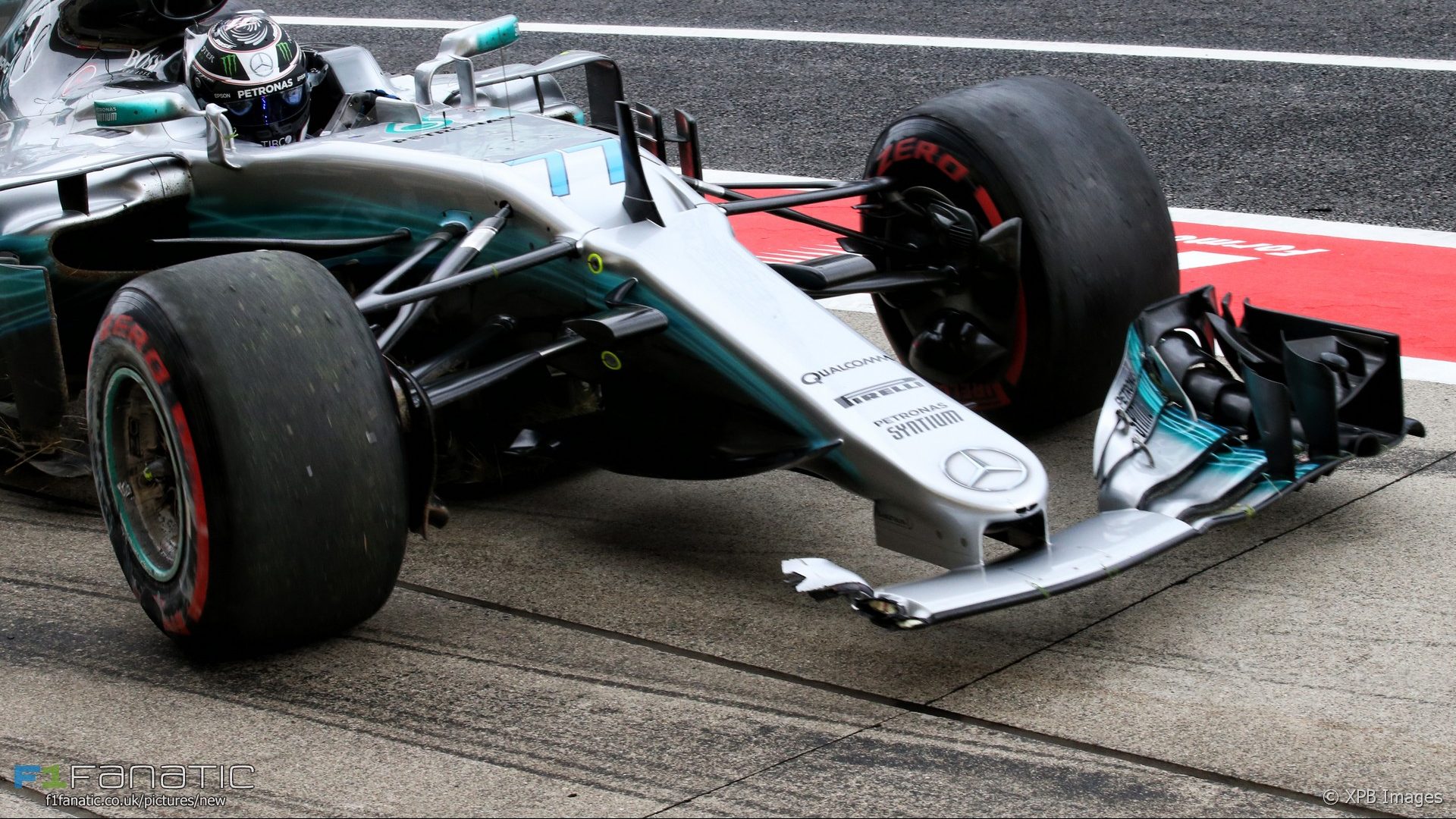 Valtteri Bottas was quickest in final practice at Suzuka despite crashing halfway through session and being unable to continue.

The Mercedes driver had gone for his first run on a set of super-softs when he ran wide at the exit of Spoon curve and hit the barrier with the right-hand side of his car. Bottas limped back to the pits with a broken front wing and rear suspension.

His crash brought out the first of two red flags which badly disrupted other drivers’ efforts to do their qualifying simulation runs. That included Lewis Hamilton, who had done the fastest first and second sector times when his team mate crashes, but had to abort his run and pit.

The session was red-flagged again within minutes of it restarting when Kimi Raikkonen put his Ferrari more comprehensively into the barrier at Degner two. Vettel had run wide at the same corner earlier but continued. Raikkonen was caught out by a snap of oversteer and didn’t have enough room to keep the car from the wall.

That those conducting performance runs had to scrap their efforts again. There was enough time at the end of the session for further runs to be conducted but no one improved sufficiently to dislodge the two Mercedes from the top of the times sheets, both of which set their quickest efforts on the soft tyres. Even Vettel’s final super-soft run left him three-tenths of a second shy.

The Red Bull drivers completed the top five with Esteban Ocon’s Force India close behind. His team mate was ninth after losing time on the final sector on his best run. Both Renaults also appeared in the top ten plus a single of the Honda-engined McLarens, driven by Fernando Alonso.

2 comments on “Bottas fastest but crashes in final practice”