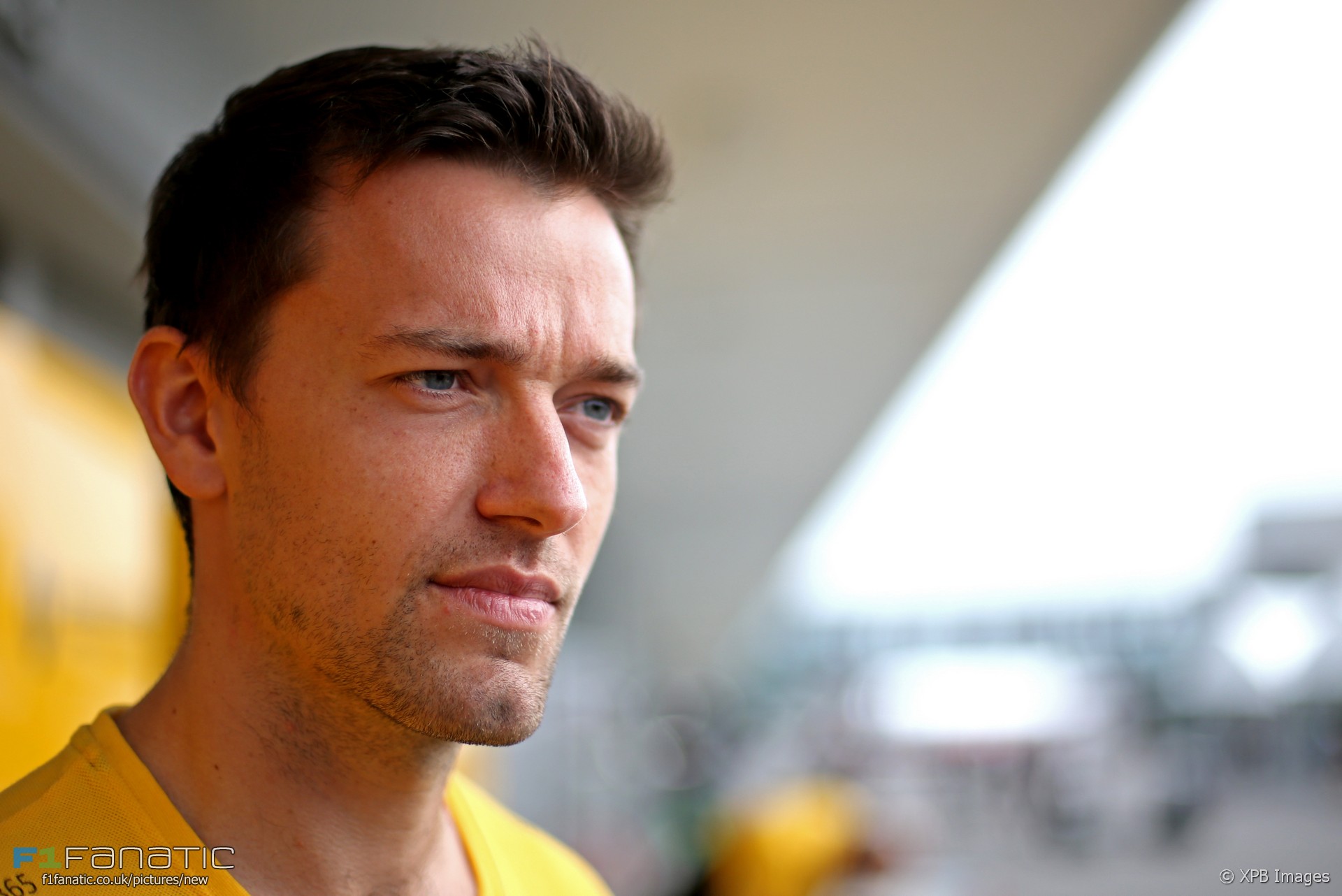 Jolyon Palmer has announced he will step down from his Renault seat after tomorrow’s race.

“With my grid penalty I’ll be starting near the back but I will be giving it my all as always. Thanks everyone for the support during the last two years, it means a lot.”

Palmer’s place at the team has been in doubt for much of the season. Palmer acknowledged the rumours during the Singapore Grand Prix weekend and said he would continue to race for the team until the season finale in Abu Dhabi. Instead he will lose his place with four races remaining.

Renault team principal Cyril Abiteboul said: “I would like to thank Jolyon for his commitment to the team and his professionalism.”

“Since Renault’s return to Formula One, Jolyon has been highly dedicated in an evolving environment,” Abiteboul added. “He has shown great personal qualities and we wish him all the best in his future career.”

Renault has already confirmed Palmer will be replaced by Carlos Sainz Jnr next year. Palmer’s replacement for the next round of the championship at the Circuit of the Americas has not yet been confirmed.

Palmer made his F1 debut with Renault last year alongside Kevin Magnussen. He kept his place at Renault after Magnussen left to join Haas, but has usually been overshadowed by new team mate Nico Hulkenberg. However he took his best finish of the year at Singapore, with sixth.

37 comments on “Palmer to leave Renault after Japanese GP”