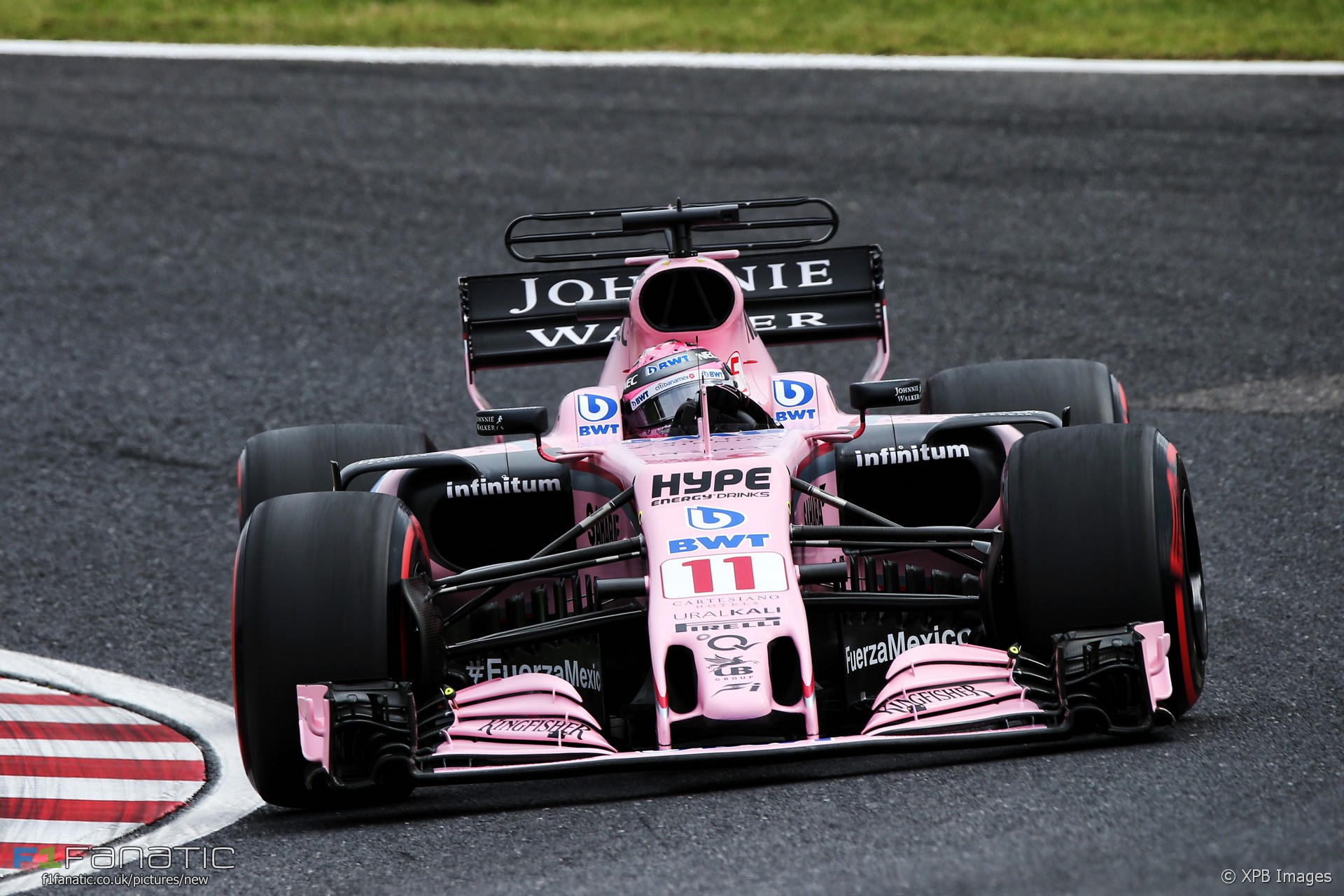 Sergio Perez has avoided a penalty for holding up Lance Stroll during the qualifying session at Suzuka.

The stewards considered evidence from the Williams driver as well as video including CCTV footage which was not broadcast. They concluded there were enough mitigating factors to clear Perez of blame.

“Throughout qualifying cars were slowing considerably entering turn 16 in order to achieve a gap to the cars in front of them,” noted the stewards. “This created an accordion affect when several cars were doing this in succession. This contributed to the incident between car 11 and car 18.

“Sergio Perez was setting up for a fast lap behind several cars ahead of him. Pierre Gasly was behind Perez and approaching turn 16 passed Perez, which he was entitled to do. The interaction with Gasly caused Perez to be at the apex of turn 17 at the moment that Lance Stroll, who was on a fast lap, also reached turn 17. After Gasly passed turn 17 he was told by this team to pit.

“Article 31.6 prohibits ‘unnecessarily’ impeding. Both drivers agreed in the hearing that had there not been the interaction of the other cars, Perez would not have been in the position he was and that the situation changed significantly and unavoidably when Gasly passed Perez, and therefore the Stewards concluded that while Perez certainly impeded Stroll, he did not unnecessarily impede Stroll and therefore take no further action.”

One comment on “Perez avoids penalty for holding up Stroll”