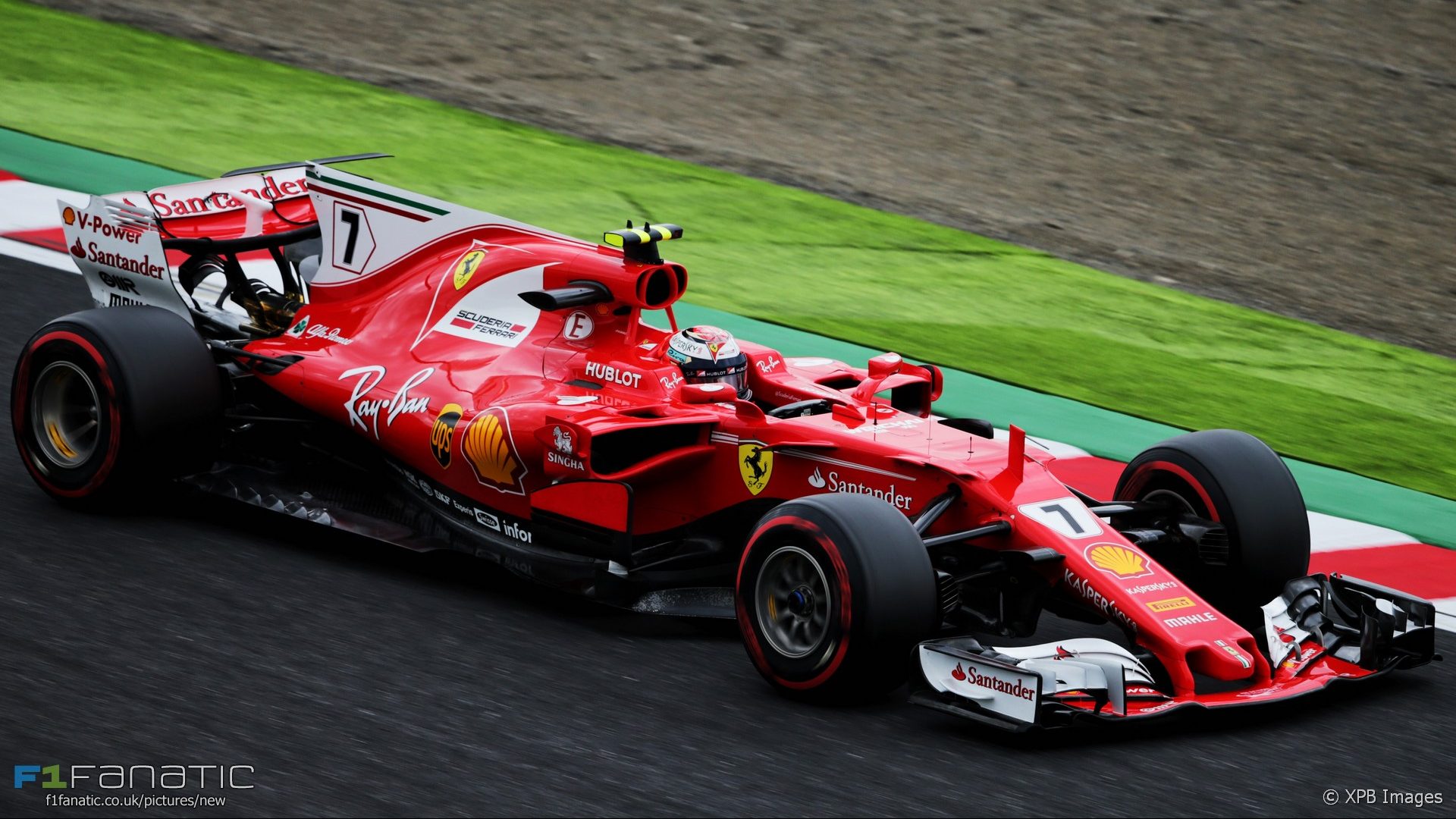 Kimi Raikkonen is set to receive a grid penalty for the Japanese Grand Prix following his crash in final practice.

Ferrari has confirmed Raikkonen’s gearbox will need to be replaced ahead of qualifying. Gearboxes are required to run for six consecutive events, comprising final practice, qualifying and the race. As Raikkonen’s current gearbox has done so he will therefore incur an automatic five-place penalty.

Raikkonen lost control of his car at Degner 2 during the second practice session. It remains to be seen whether his car can be repaired in time for him to participate in today’s qualifying session.

This will be the 20th gearbox change penalty issued so far in 2017 and the first taken by a Ferrari driver.

The stewards have also confirmed Sainz will not face a penalty for crossing the pit lane exit line while the red light was on during final practice.

“The driver explained that as he approached the pit exit line he selected neutral and started to brake,” the stewards noted. “The car then entered ﬁrst gear. which propelled him beyond the line. He took action to stop the car as soon as possible.”

“The stewards were able to observe on the video the driver’s hand actions and the car’s dash and saw that he did select neutral before the line and concluded that the car did enter ﬁrst gear inadvertently and that the driver took all appropriate actions to ensure that he stopped as soon as possible, presented no safety issues, gained no advantage, did not proceed further until the green light and did not impede other drivers.”

“For the reasons above, although the driver crossed the line before the green light, the stewards take no further action.”