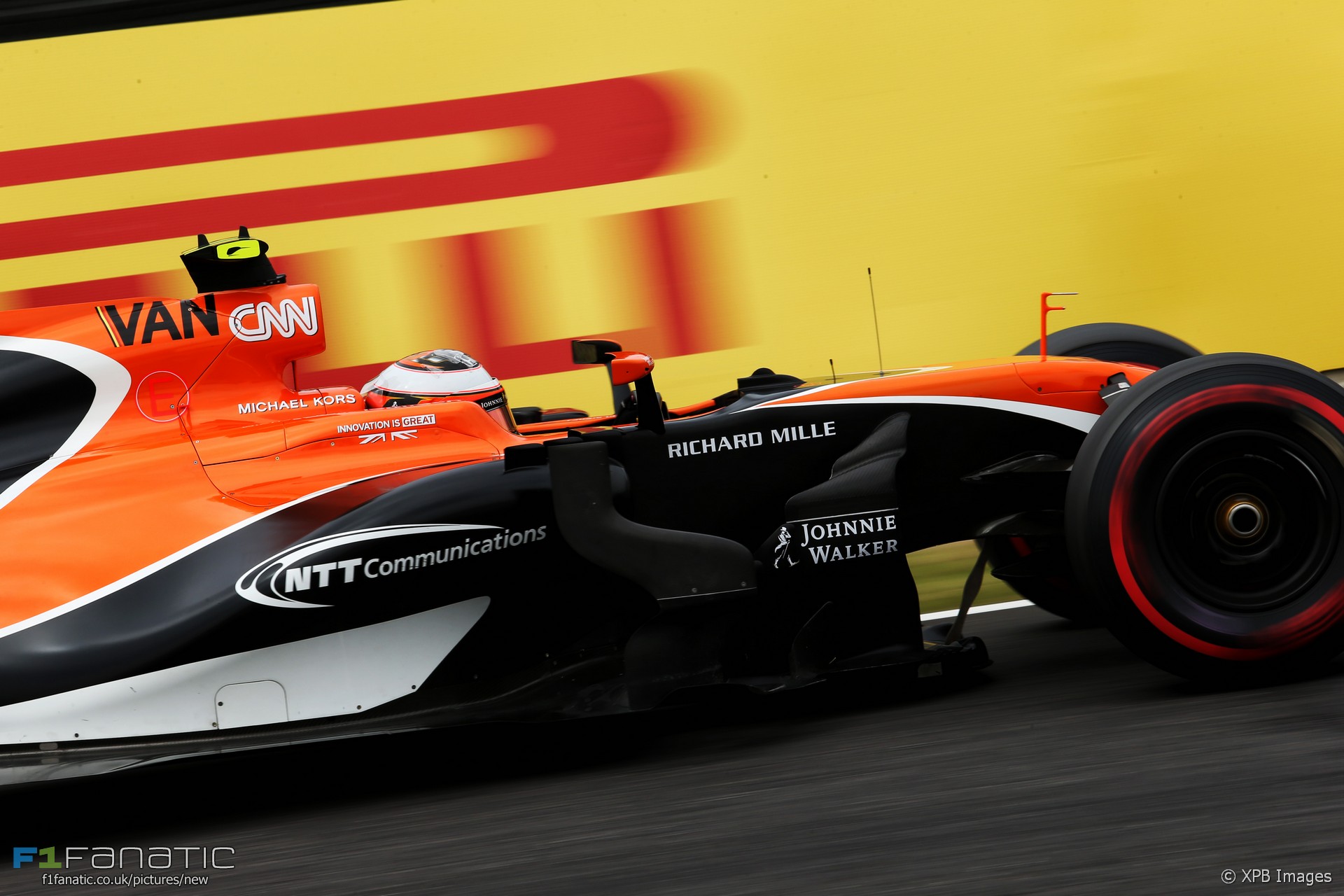 Stoffel Vandoorne says he is not disappointed at missing the cut to get into the pole position shoot-out at Suzuka.

The McLaren driver was beaten to the final place in Q3 by Fernando Alonso. The difference between the pair was less than three-hundredths of a second.

But Vandoorne said he is pleased because failing to reach Q3 means he will not have to start the race on a set of used tyres.

“We were very close,” said Vandoorne. “I think in the end to not go to Q3 is pretty much an ideal scenario for me because it means I can start on a new set of tyres tomorrow.”

“We know Fernando has the grid penalty anyway, so we’ll probably start from tenth with a fresh set of tyres. Which is good, we’re in a position where hopefully we can race from and hopefully take some points.”

Vandoorne has finished seventh in the last two races and with Alonso set to start from the back of the grid the rookie driver is McLaren’s best chance to score more points at the home race for engine supplier Honda.

“It looks like it’s not really straightforward between one and two [pit] stops so hopefully that can actually play in our advantage,” he added. “We’ve got a couple of good cars in front of us. Maybe if there’s any mayhem happened we just need to make sure we’re in a position where we can benefit from that.”

5 comments on “Missing Q3 is “pretty much ideal” – Vandoorne”