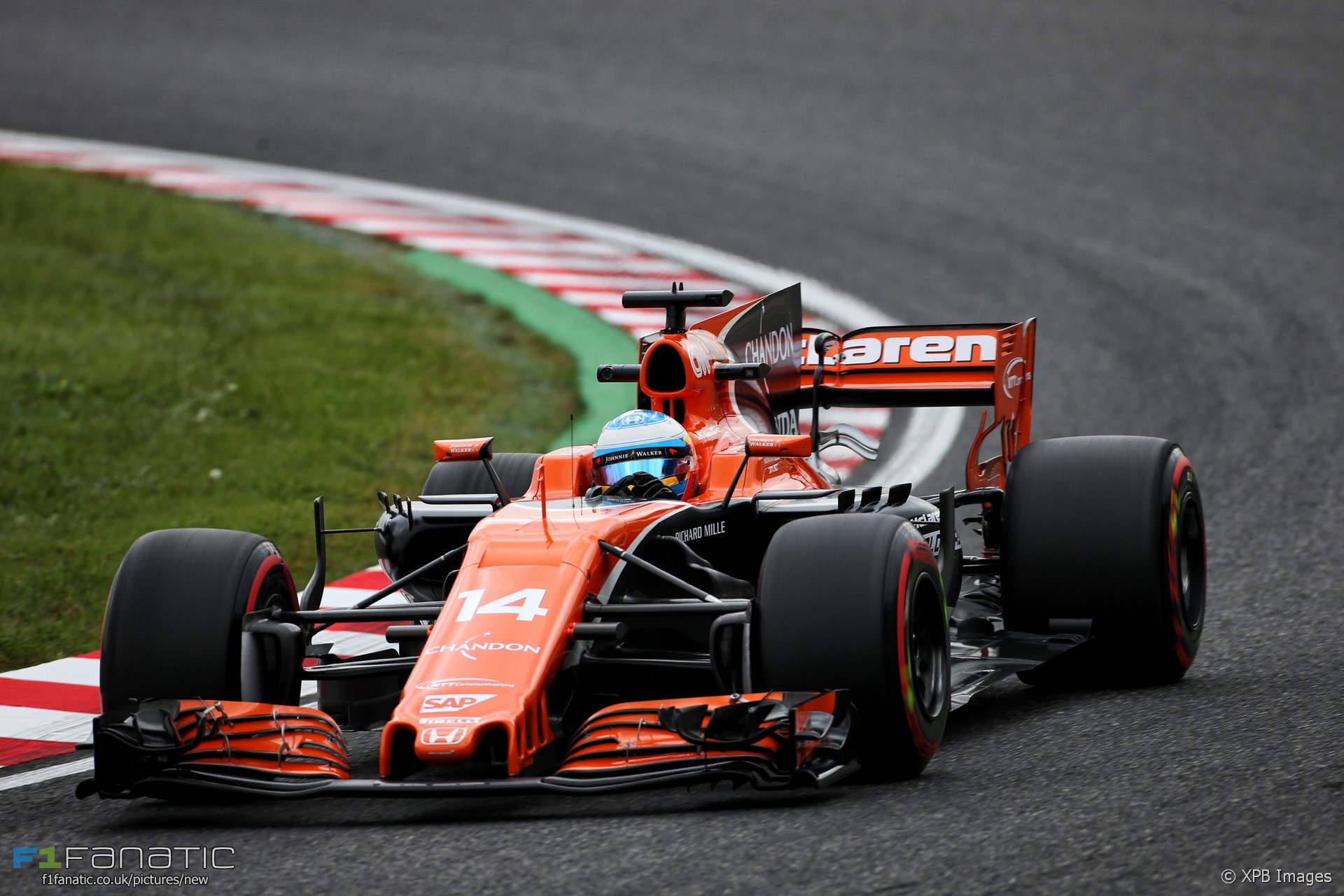 Fernando Alonso has been given two penalty points on his licence for responding too slowly to the blue flags he was shown while being lapped by Lewis Hamilton.

Alonso was first shown blue flags at turn 14 (Spoon) on lap 51 but didn’t let Hamilton by until almost a lap later. He was trying to pass Felipe Massa at the time.

The stewards noted Alonso “shown a solid blue indicator light on his dash and waved blue ﬂags between turn 14 and turn 15 on Lap 51. He also had received a ﬂashing blue light informing him that race leader Lewis Hamilton was closing on him for over a lap before.” Alonso then “let Hamilton pass during lap 52 at turn 11.”

“The drivers have been told in drivers’ brieﬁngs that the provisions of the International Sporting Code. that they ‘must allow the following car to pass at the earliest opportunity’ means that they should do this for lapping cars regardless of their current battle,” they added.

The stewards. “concluded that Alonso did not do this.”

“Alonso noted in the hearing that there was an opportunity allow Hamilton to pass on the front straight. but not thereafter until turn 11. The Stewards accepted that there are limited safe places to let a car past between turns two and nine which contributed to the length of time it took to allow Hamilton past.”

“In applying the penalty, the stewards compared this incident to other similar incidents and considered that while a breach. this was less severe than others and that when he did move over he gave plenty of room, and subsequently to Verstappen.”

Alonso was given his first reprimand of the year for the driving infringement as well as the penalty points. He said his failure to react to the blue flags more quickly did not affect the race.

“I think Hamilton was leading, the Red Bull second. I don’t know if I waited two corners more or less but they finished in that order so there was not a big implication in the race final outcome,” he said. “So we see, whatever they decide we accept it and we decide better next time.”

The McLaren driver was satisfied with his race despite missing out on a points finish by less than a second.

“I think with the circuit, we started 20th and finish 11th, good recovery with only one stop, starting with a scrubbed set of tyres, I think it was a huge effort from everybody in the team after the penalty with the engine change,” he said.

“I think we deserved the points but it was unlucky situations. Felipe was struggling a lot with the tyres before the Safety Car came in, he breathed a little bit on those laps. In the last laps the leaders they came to us and, unfortunately, he breathed again and took the final point. But we try again in Austin.”