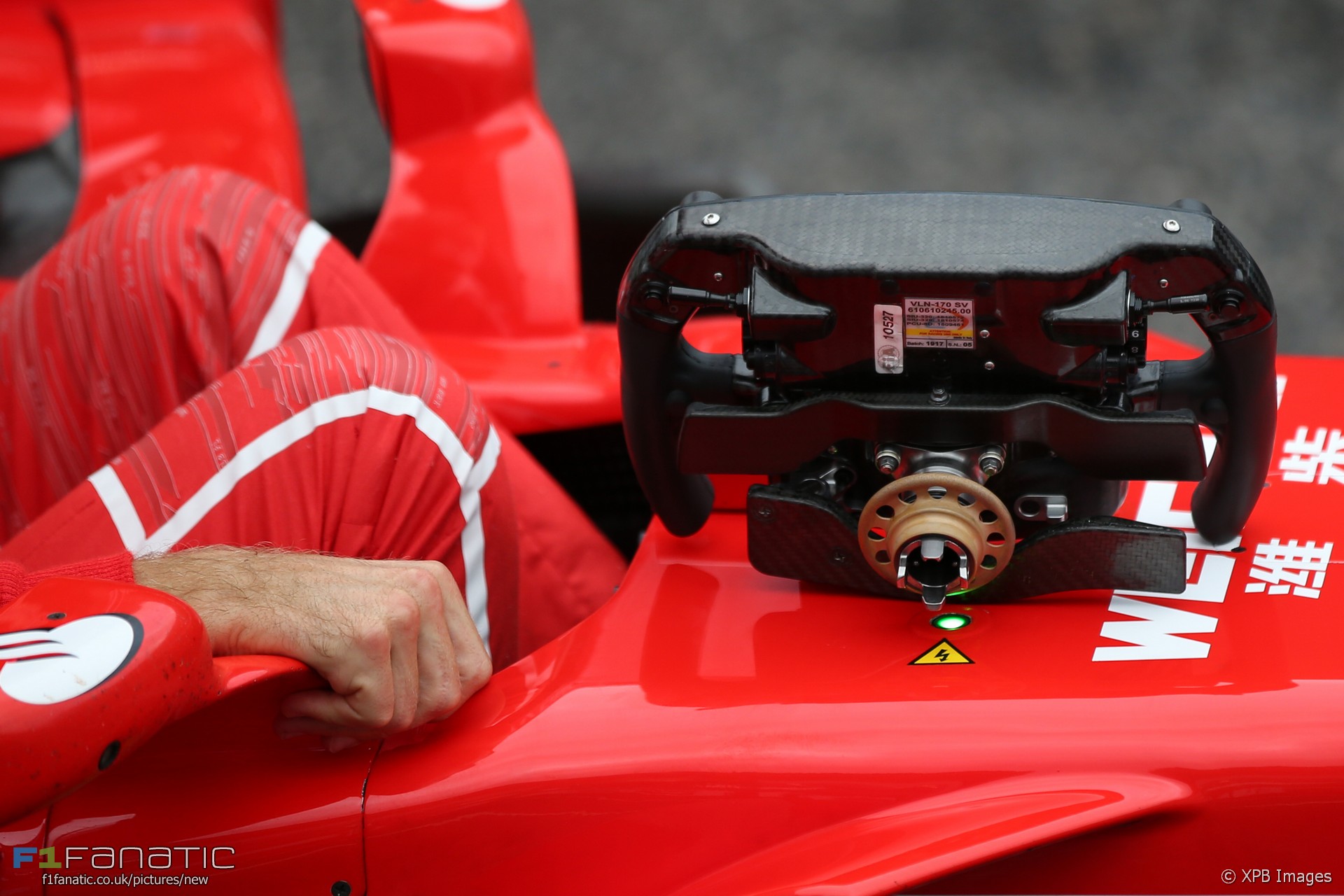 Drivers are required to reattach their steering wheel after leaving their cars. However Vettel did not do this following his collision with Lance Stroll at the end of the Malaysian Grand Prix.

Video of the drivers’ briefing ahead of the Japanese Grand Prix shows Hamilton pointing out to Whiting that “Vettel didn’t put his steering wheel back on” before taking a lift back to the pits with Pascal Wehrlein.

Article 22.5 of the sporting regulations states: “A driver who abandons a car must leave it in neutral or with the clutch disengaged, with the ERS shut down and with the steering wheel in place.” Vettel was not investigated by the stewards because Whiting did not report the matter to them.

“Seb actually took the steering wheel with him,” Whiting told Hamilton and the assembled drivers, including Vettel.

“I think it was a reasonable, common sense approach for us to take not to do anything about the face he didn’t leave it on the car,” Whiting explained.

“The race had finished and the car clearly didn’t need a steering wheel for the marshals to manoeuvre it, which is the sole reason for asking you to leave the steering wheel with it. For me, under the circumstances, it was not worth reporting to the stewards.”

The last time someone was penalised for failing to replace the steering wheel on a car was three years ago. The driver, Pastor Maldonado, was given a reprimand.