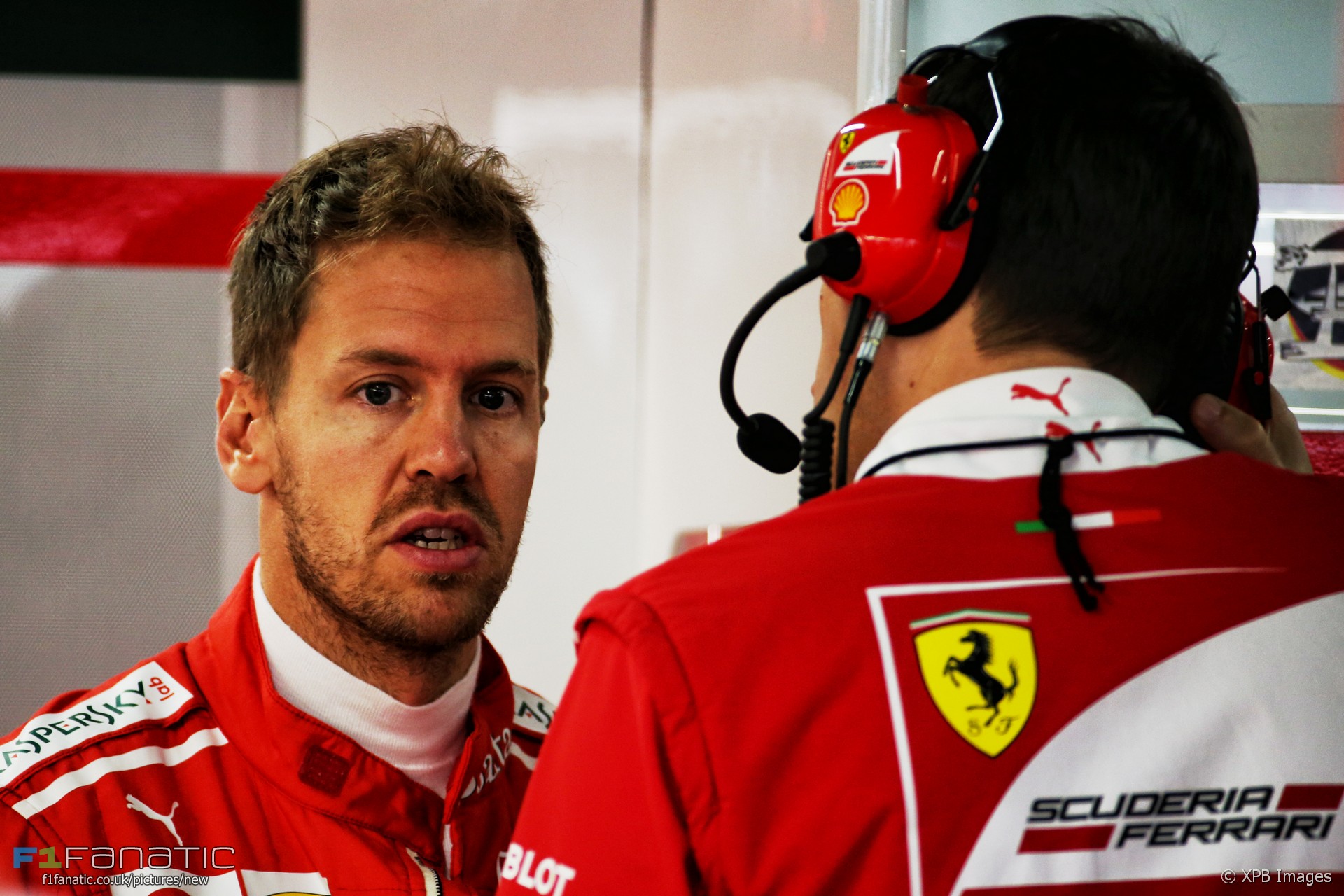 Sebastian Vettel has been given his second reprimand of the 2017 season after failing to arrive at the pre-race performance of the national anthem on time.

Vettel was previously reprimanded for crossing the pit lane exit line during qualifying in Monaco. Drivers receive an automatic ten-place grid penalty if they collect three reprimands during the course of the season.

Ferrari’s pre-race preparations were disrupted when a problem was discovered on Vettel’s car which eventually led to his retirement from the race.

Vettel is the third driver to receive a reprimand for failing to arrive at the anthem ceremony on time this year. Daniel Ricciardo and Sergio Perez both received reprimands for the same error in China.

It comes after Vettel avoided an investigation for failing to replace the steering wheel on his Ferrari after his crash following the end of the Malaysian Grand Prix. Race director Charlie Whiting said he did not report that potential infraction to the stewards as the wheel was not needed because the damage to Vettel’s car meant it was not needed.

Only two drivers have previously received ten-place grid penalties for collecting three reprimands over the course of season. These were Pastor Maldonado in 2012 and Mark Webber in 2013.