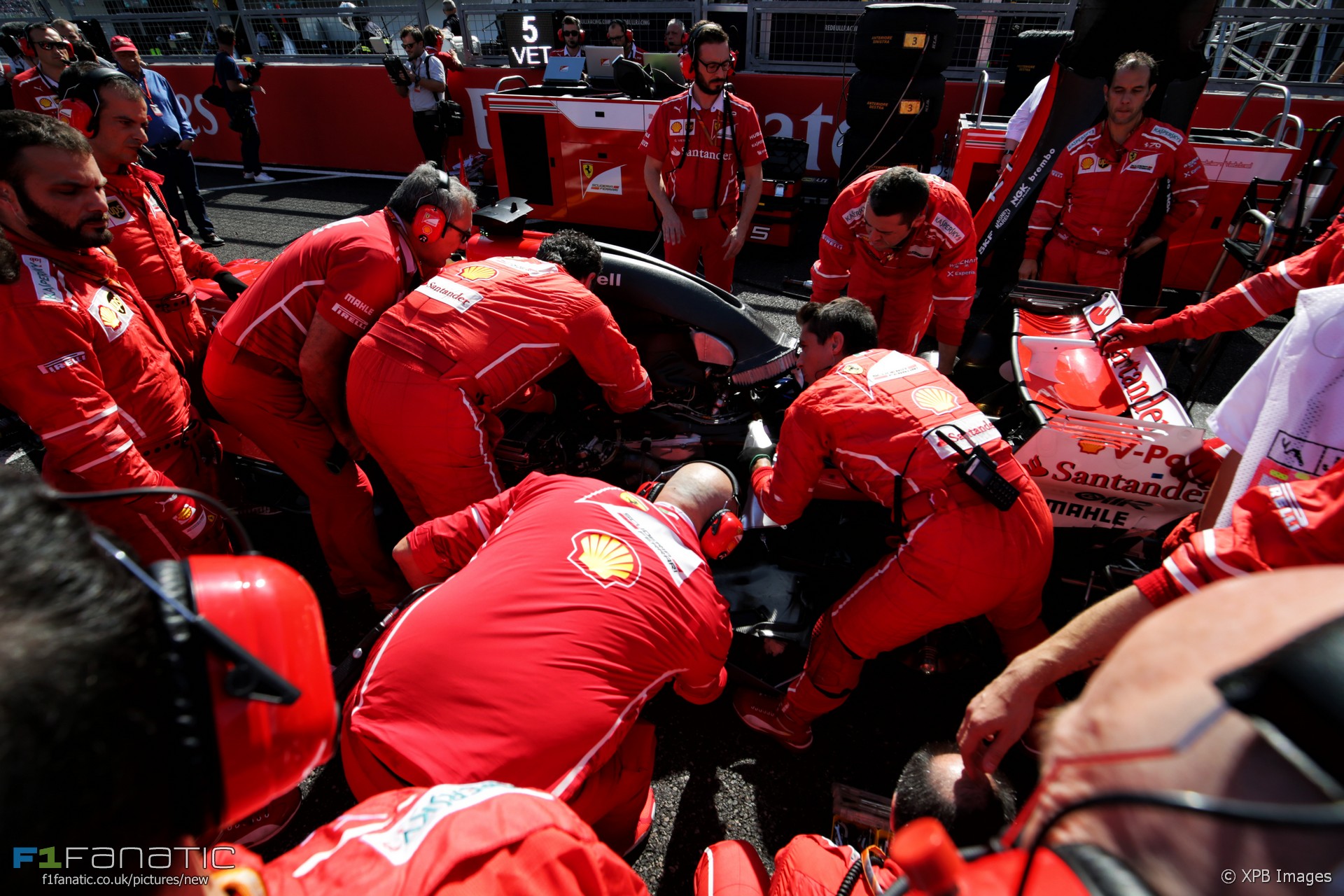 In the round-up: Ferrari has made a new hiring in its quality control department following the failures it suffered in Malaysia and Japan.

"Mendoza was previously head of quality control of the powertrain department for Fiat Chrysler Automobiles. She graduated from Zaragoza University, and joined the FIAT Group in 2012."

"This time Vettel’s race was ended by a faulty spark plug. The spark plug supplier’s headquarters are in Nagoya so I don’t know if Vettel popped in to have a word!"

"Williams did not reveal any mileage or performance details from Kubica’s test, but did say his outing in a 2014 FW36 had been ‘successful’."

"The Manor F1 team closed its doors in March this year but it is believed the settlement has been reached with Manor's public liability insurer."

"He's still got a little bit to learn in terms of racecraft. That's where he benefits from having Checo around him."

"Three engines is not making a cost reduction, so the teams are always encouraged to improve the performance of the three engines, so that’s why we have to put more budget for that. If the FIA is aiming to reduce budget with the three engines it is completely the opposite side."

"All I can tell you is that (Alonso, Vettel and Hamilton) have got the victories and the achievements that they have, not by good fortune but by being brilliantly skillful racing drivers."

"Would it be possible for the first three, once the podium ceremony is finished, to complete a lap of honour?"

"For next year, of course we haven't confirmed it yet, but at least we have the baseline that is the current engine. So we can use this engine at least, and we can circulate our development in the background."

"We must make the European Commission fully aware of the economic importance of motorsport and the employment which our sport and industry provides across the European Union."

HBO did a feature on @LewisHamilton & @nicolashamilton last weekend but found there were some questions they weren't allowed to ask. #F1 pic.twitter.com/iUttfnMjLU

Adam is concerned F1 may be about to dumb down its engine formula:

I’ll be really disappointed if the engines are a step back. The current regs have produced engines that are phenomenally efficient, massively powerful from a small displacement, and are getting drivers to work harder to drive the car. I personally think it would be a shame to go back to something “dumb” regardless of the sound – F1 is about racing, not a decibel level competition.

As for the arguments that the engine should be less important – they tried that. What happened was a massive reliance on aero, that go so ridiculous that cars stopped being able to follow each other – a problem we still have to live with today. I’m not sure what the solution is, but I’m pretty sure that sticking your head in the sand and putting engines that are barely better than museum pieces in these cars is not it.
Adam Hardwick (@Fluxsource)