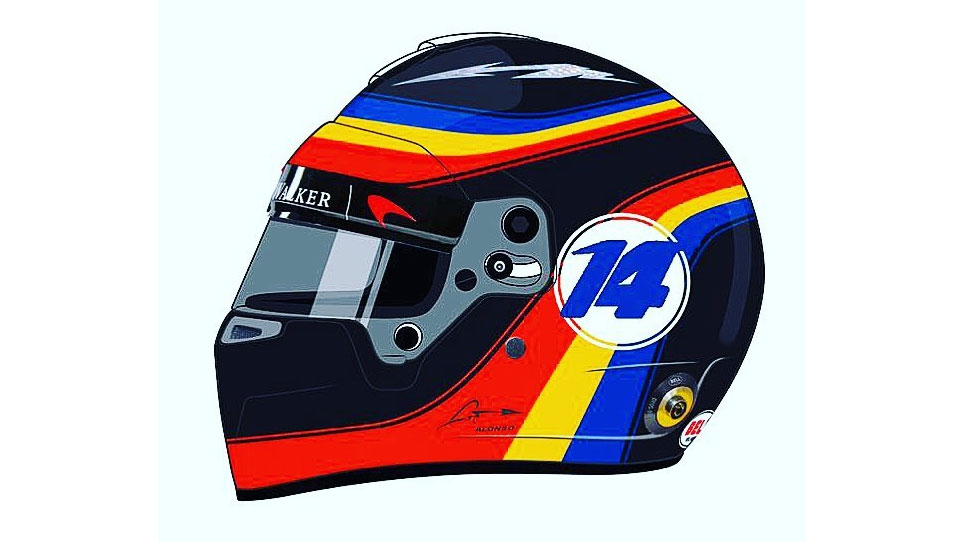 Fernando Alonso will reprise the helmet design he used at the Indianapolis 500 for next weekend’s United States Grand Prix.

The McLaren driver skipped the Monaco Grand Prix to take part in the race, which he led for 27 laps before retiring with a blown engine.

However Alonso has said he is unlikely to return to the race in 2018 despite his desire to win the race as part of motor racing’s ‘triple crown’.

“The triple-crown is a clear target for me in the future,” said Alonso in Singapore. “There are three races there so if one of those, the Indy 500, is together with Monaco, as we know, there is another one still to complete.”

“I agree the same thing that Zak [Brown, McLaren CEO] said: if I remain in Formula One it’s because I believe I can win next year. So that will ease the decision a lot because I will be in Monaco because I don’t want to lose any points there.”

“So the priority is Formula One, as I said before, and winning here, and the triple crown is in the background. As I said, there are three races, not only Indy. So, there are many possibilities to do a fantastic 2018.”

Former F1 driver Takuma Sato, who was one of Alonso’s team mate’s in the race, won the 101st running of the Indianapolis 500 in May. Alonso won $300,000 in the race despite retiring 20 laps from the end.