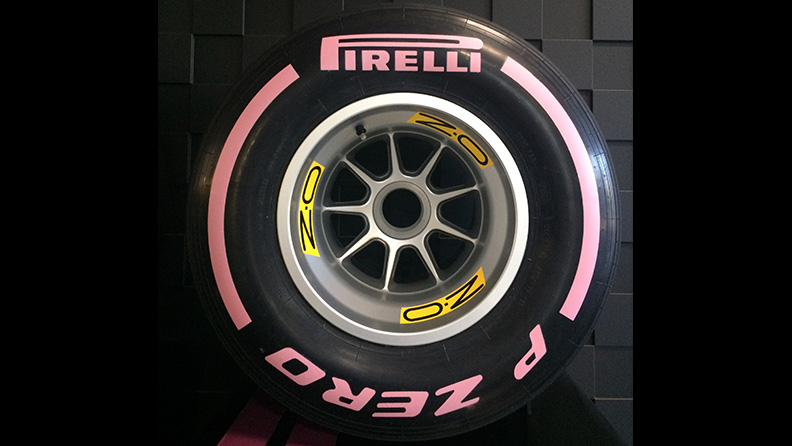 Pirelli’s ultra-soft tyres will be coloured pink instead of the usual purple this weekend to support breast cancer awareness.

The pink colouring has been chosen to support the work of the Susan G Komen foundation which raises money for breast cancer research. Pirelli say the change of colours is a one-off.

It is one of several initiatives in support of Breast Cancer Awareness month which will take place during the United States Grand Prix. Pink-themed merchandise will be available at the track and fans will be encouraged to share their experiences of those affected by breast cancer using the hashtag ‘#DriveForTheCure’.

Force India, which races in the pink colours of a major sponsor, will continue to display a pink ribbon for Breast Cancer Care this weekend, as it also did in Monaco, Canada and Britain.