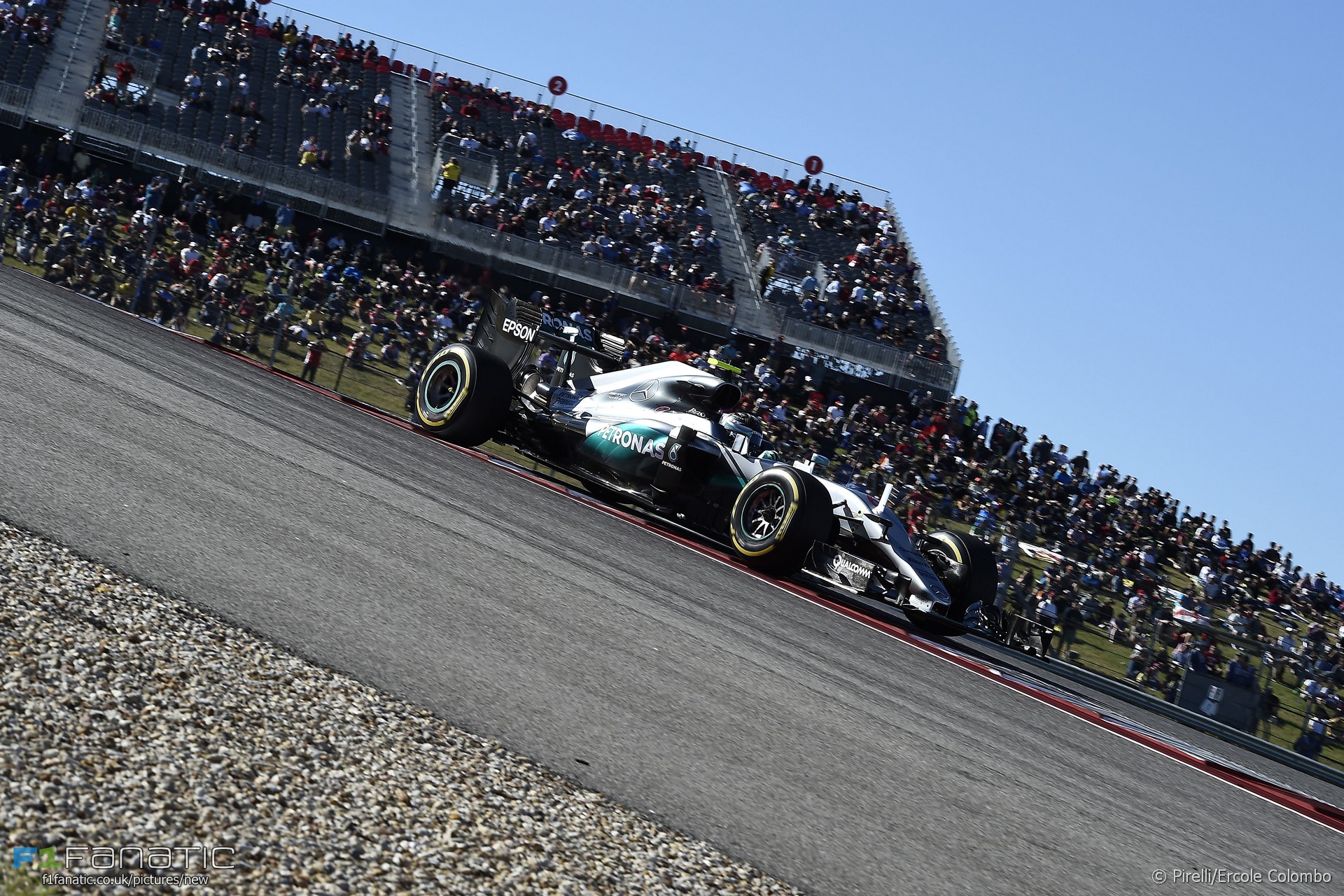 Sebastian Vettel heads to the United States badly needing a big result in the championship.

But the Circuit of the Americas has dependably been one of the best venues for his title rival Lewis Hamilton.

Out of the five races F1 has held so far on the Texan track, Hamilton has won four, including all three since the V6 hybrid turbo era began. He clinched the championship at this track two years ago and can do so again on Sunday.

Hamilton’s affinity for America, where he owns a house and spends much of his downtime, extends beyond his success at COTA. He took the second win of his career at Indianoplis, giving him five wins from six starts in the States. One more will give him more wins in this race than any other driver.

However last year’s race was the first time Hamilton had taken pole position at COTA. Vettel has two poles at this track and is the only driver besides Hamilton to have won here, in 2013. The year before the pair staged a race-long fight for victory which was decided when Vettel was delayed while lapping Narain Karthikeyan.

Vettel has usually gone well at this track, just not as well as Hamilton. He’s set fastest lap four times at COTA, while Hamilton has never done.

Red Bull have raised their game as the season has gone on and could be a threat to Ferrari again this weekend. Daniel Ricciardo finished on the podium last year and might even have split the Mercedes had it not been for an ill-timed Virtual Safety Car which, in a double blow for the team, was caused by his team mate’s retirement.

Vettel’s struggles in recent races have left him just 13 points ahead of Valtteri Bottas in the drivers’ championship. Ferrari are no longer a threat to constructors’ championship leaders Mercedes (who can also become champions this weekend) and are now closer to third-placed Red Bull.

The Milton Keynes team has outscored the Scuderia 91 to 22 over the last three races. But they will need to keep going at that rate over the remaining rounds to catch them, which isn’t likely.

However this hasn’t been a happy hunting ground for Kimi Raikkonen, whose has never scored a point at COTA as a Ferrari driver. He took sixth for Lotus in the first race in 2012, but didn’t drive the following year due to a long-unpaid salary bill. He was out of the points in 2014, crashed on the wet track the following year and was halted by a pit stop error 12 months ago.

Max Verstappen has never stood on the podium at COTA before and this is his last chance to get on the rostrum at a venue where he isn’t old enough to drink champagne. He turned 20 last month but the minimum legal drinking age in Texas is 21.

Brendon Hartley will be a new face on the grid this weekend. He is the first driver from New Zealand to race in the championship since Mike Thackwell 33 years ago and will make his grand prix debut on the 50th anniversary of New Zealand’s only champion, Denny Hulme, winning the drivers’ title.

That may also be a good omen for Hamilton, who could become the fifth driver to be crowned champion on the 22nd of October. The others were Hulme in 1967, Alain Prost in 1989, Michael Schumacher in 1995 and Fernando Alonso in 2006.

Hartley’s surprise debut comes as Toro Rosso have replaced both their drivers for this weekend’s race. Carlos Sainz Jnr is off to Renault and Gasly is on Japanese Super Formula duty at Suzuka. That means Daniil Kvyat will return alongside Hartley.

The last time a team changed both its drivers between consecutive rounds of the same season was in 1994, when Lotus ran Johnny Herbert and Philippe Adams at Estoril, then showed up at Jerez with Eric Bernard and Alessandro Zanardi.

Jolyon Palmer’s absence from Renault means Hamilton is now the only British driver racing in Formula One. The last time the British contingent dwindled to a single entrant was at the 2005 Monaco Grand Prix, where David Coulthard was the UK’s sole representative as Jenson Button’s BAR team had been excluded from the event.

NB. All practice sessions were wet in 2015 and the fastest lap was set during the race.