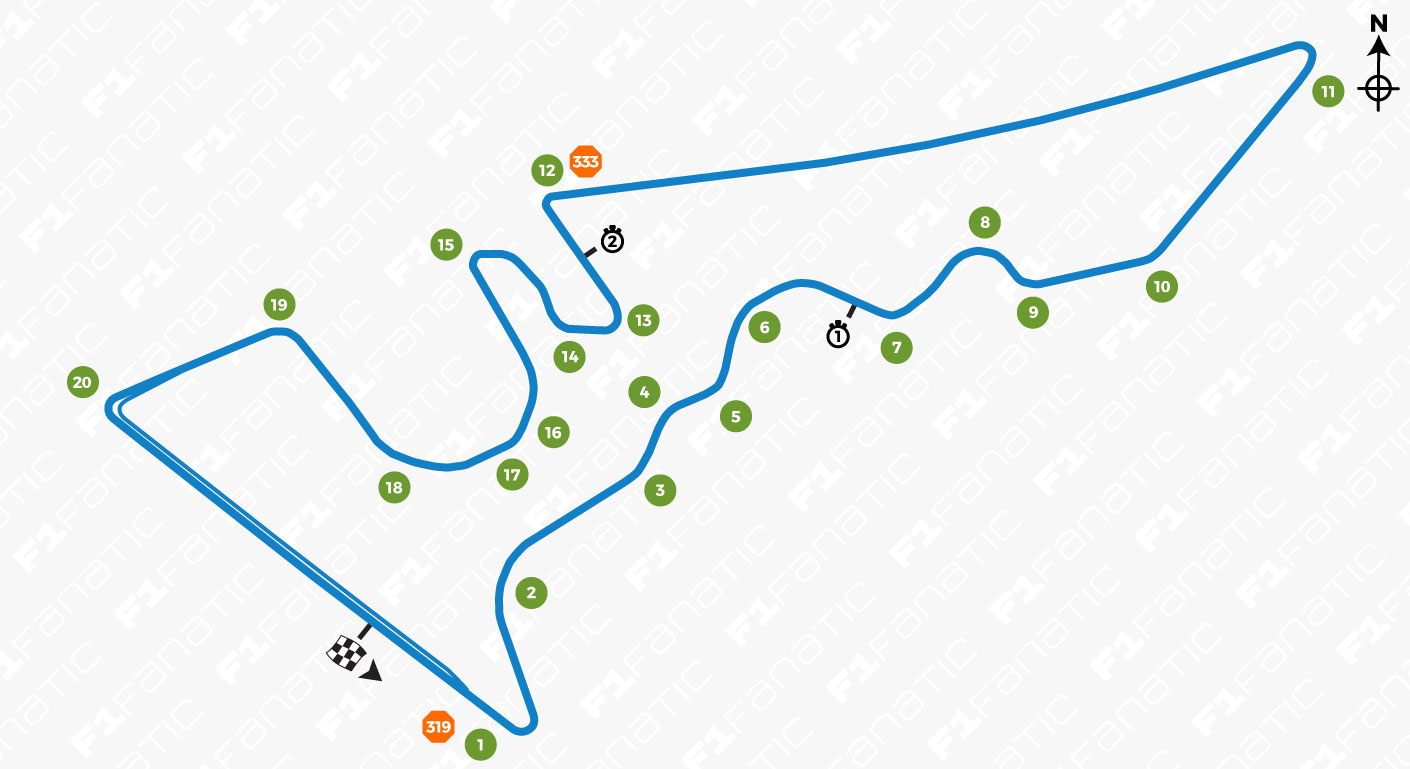 Formula One has visited more venues in the USA than any other country. But in the Circuit of the Americas, a purpose-built venue created five years ago, it seems to have finaly found a true home.

Track data: Circuit of the Americas

Lying just outside the lively Texan capital Austin, COTA is a cut above other modern F1 venues. The track designers had the sense to use the local terrain to their advantage in creating a course which offers a true driving challenge despite its vast expanses of run-off.

The surface badly lacked grip when it was first used five years ago. That has changed as the circuit has bedded in. Nonetheless Pirelli has felt able to nominate its softest tyres available for this weekend’s race.

The ultra-softs in particular will take some punishment through the very fast and chellenging turns which open the lap, plus the fast, triple-apex right-hander towards the end.

The track is maturing nicely, gaining new undulations in its surface to catch out the unwary. “With each passing year, the track has become more of a challenge when it comes to ride,” says Force India’s chief race engineer Tom McCullough, “so it will be interesting to see how bumpy the track surface is going to be this year.”

The increased performance of this year’s cars should make parts of this track even more spectacular. Drivers should be able to carry enormous speeds into the Esses at the beginning of the lap – could turns three, four and five all be flat out?

During his pole position lap last year Lewis Hamilton tackled the three-part turns 16, 17 and 18 with a slight lift. This too could be pedal-to-the-floor now for the best cars in qualifying trim.

A lap of the Circuit of the Americas

From the start/finish line the track sweeps steeply uphill, the drivers pointing at the sky as they brake late and deep for the turn one hairpin. The track is very wide here, built to entice drivers to dive for the inside line.

“You then have tricky traction going downhill through sector one,” explains Romain Grosjean. “It’s very high speed – very similar to Silverstone. Here you try to carry some good speed.”

After the straightforward acceleration zone of turn two the drivers tackle seven consecutive corners which flow one into the next. Precision – and a chassis which copes well with high-speed changes of direction – is crucial.

The final pair of corners, turns eight and nine, were originally supposed to be quicker, but were tightened when the final design of the track was agreed. It’s not uncommon to see drivers getting greedy with the exit kerb at turn nine and compromising their run towards the next hairpin.

“Again you want good traction here,” Grosjean explains. It sets up the longest acceleration zone and best overtaking opportunity on the circuit into turn 12. “There’s very big braking at the end.”

This leads into a pedestrian series of corners which can encourage the kind of do-or-die passing moves which only come off if the driver ahead is paying attention and feeling generous. The last of these leads into the spectacular triple-right at turns 16, 17 and 18.

Turn 19 is another bend which has caught drivers out time and again. The quick flick left requires only a brief stab on the brakes before the drivers press on to the final, moderately quick bend, and the start of another lap.