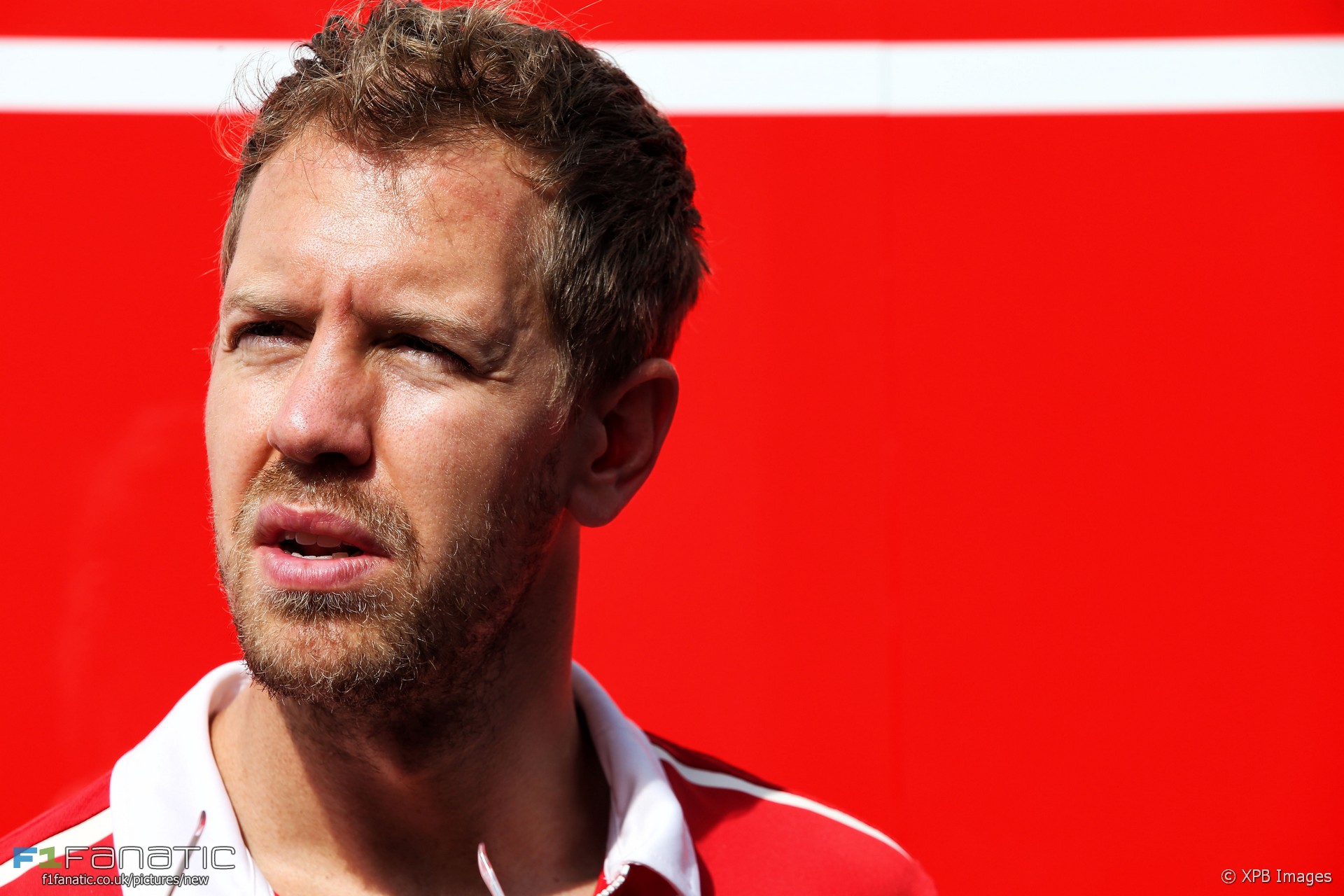 Can Sebastian Vettel find a way back into the drivers’ title fight? Is Lewis Hamilton going to stage a pre-race protest?

Will Vettel get a break?

Sebastian Vettel’s championship hopes could be snuffed out this weekend – unless luck is on his side.

He’s lost a maximum 25 points to Lewis Hamilton in two of the last three races. Vettel now needs a similar result in his favour to have any hope of getting back in the championship fight, or at least ensuring it goes the full 20 rounds.

The odds are stacked against him. But perhaps the 2017 championship has one surprise left up its sleeve.

This is the first United States Grand Prix since Formula One’s new American owners Liberty Media took over the sport and they’re making a big effort to increase the spectacle this weekend.

The focus is on the pre-race festivities. Celebrated sports announcer Michael Buffer will introduce the drivers ahead of the race and Olympic champion Usain Bolt will signal the beginning of the formation lap.

And the sport is getting behind Breast Cancer Awareness month in a big way. Parts of the track have been painted pink to show support for the cause and Pirelli has re-coloured its purple ultra-soft tyres pink for this weekend.

But do Liberty they have anything special planned should Hamilton clinch the title on Sunday? If so, they’re keeping quiet about it.

All eyes on Hamilton

Hamilton may be planning something which could overshadow the pre-race build-up. In an interview last month he said he would consider whether to take part in the ‘take a knee’ civil rights protests which have become commonplace in America’s NFL during pre-game performances of the national anthem.

The three-times world champion has made clear his views on the subject on social media. But he’s aware he could face criticism for protesting an anthem for a country other than his own, and do his cause more harm than good.

But having already admitted he would consider it, whichever course of action Hamilton now takes is going to be open to interpretation.

If he chooses not to be present during the anthem he would receive a non-racing reprimand, as Vettel did when he showed up late for the anthem last weekend.

Vettel’s misfortune may have drawn the life out of the championship battle but there’s plenty of intrigue further down the pit lane. Much of it is centred on Toro Rosso, where Carlos Sainz Jnr has moved on to pastured new.

After season-long speculation, Renault has shown Jolyon Palmer the door in order to bring Sainz in for the foreseeable future. Acclimatising to a new team in the middle of the season is tricky, but Sainz is at least already familiar with the workings of the Renault power unit.

The dynamic between him and Nico Hulkenberg, who kicked the stuffing out of Palmer all year long, will be scrutinised closely. This move could be the making of one of their careers.

Pierre Gasly has been despatched to Suzuka on what amounts to a goodwill mission for Toro Rosso’s soon-to-be engine supplier Honda, trying to inflict their first championship defeat on arch-rivals Toyota in Japan’s Super Formula series since 2013.

Toro Rosso therefore found themselves with a driver shortage. Having recalled Daniil Kvyat, the only option left to fill the car for this weekend – and possible beyond – was to call up one of their former junior drivers.

Brendon Hartley seems to fit the bill well. He lost his place on their young driver programme seven years ago after a win-less spell. But he’s made a name for himself in the World Endurance Championship where the levels of performance and the complexity of the technology is the closest thing to Formula One. And he knows the track well, having won the last three WEC races running at the track.

This amounts to a three-way shoot-out for the two places at Toro Rosso last year between Hartley, Gasly and the long-suffering Kvyat.

Kvyat’s performances haven’t been up to much for the last two years and he’s running out of chances to hold on to his place in Formula One. He’ll be expected to show Hartley the way and put the team in the hunt for points at a track where they should be competitive.

He’s been dependably good in qualifying for much of the year but needs to convert that pace into a race result.

39 comments on “Can Vettel pull off a shock in the title fight? Six US GP talking points”