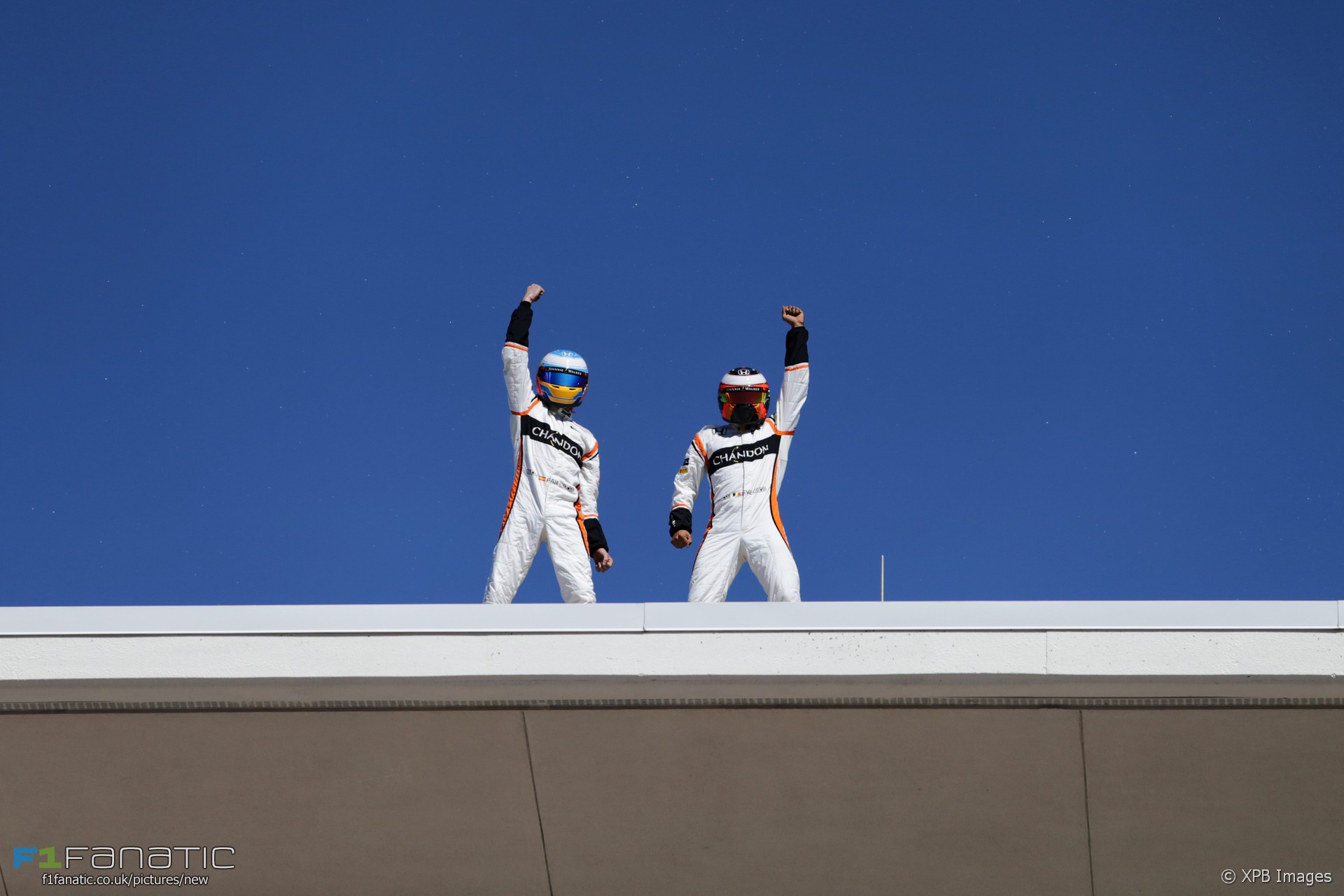 Fernando Alonso said the pre-race drivers’ presentation at the United States Grand Prix was a “bad copy” of the introduction used at the Indianapolis 500.

A new driver pre-race format was trialled ahead of the race with famous sports announcer Michael Buffer introducing each of the 20 drivers to the crowd before the national anthem.

Alonso, who raced in the Indianapolis 500 in May, wasn’t impressed with the ceremony. The McLaren driver retired from both races with engine failure

“In a way it was similar with the same result,” said Alonso of his two races in America this year. “The only thing that was not similar was the driver presentation, which was a bad copy, but the rest it was quite similar outcome.”

Alonso said his retirement was especially frustrating given his pace earlier in the race.

“I think it was a race that no one gave us anything,” he told the BBC. “It was not a gift that we were seventh, we fought for that.”