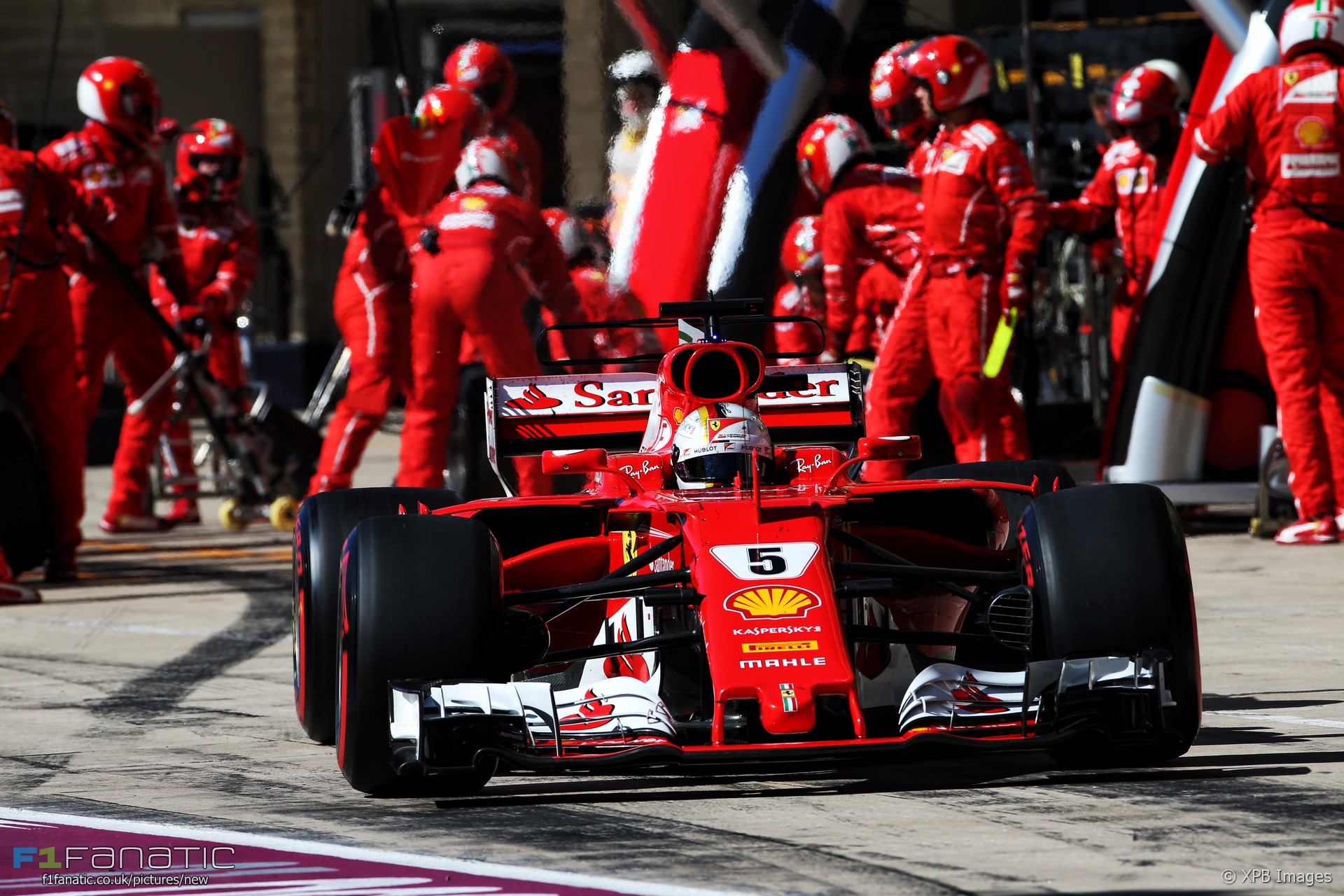 The United States Grand Prix was one of the more varied races we’ve had this year in terms of pit stop strategy.

While Lewis Hamilton used a typical 2017 one-stop strategy to take victory, three of the top five finishers pitted twice. They included his team mate, who had fallen to the rear of the front-running train and had a sufficient gap to pit for fresh tyres without losing a position.

Max Verstappen’s move to a two-stopper provoked Ferrari to do the same with Sebastian Vettel even though, unlike the Red Bull driver, he did not have a fresh set of super-softs for the final stint. Ferrari’s move came close to backfiring as Verstappen drew within striking range of Vettel at one point, but his well-timed pass on Bottas allowed him to draw free of the Red Bull, after which Kimi Raikkonen let him back through into second place.

Carlos Sainz Jnr had excellent pace on the soft tyres in his second stint and used them to attacked the Force Indias. However despite the advantage of starting on new tyres Felipe Massa was unable to take the fight to the pink cars.