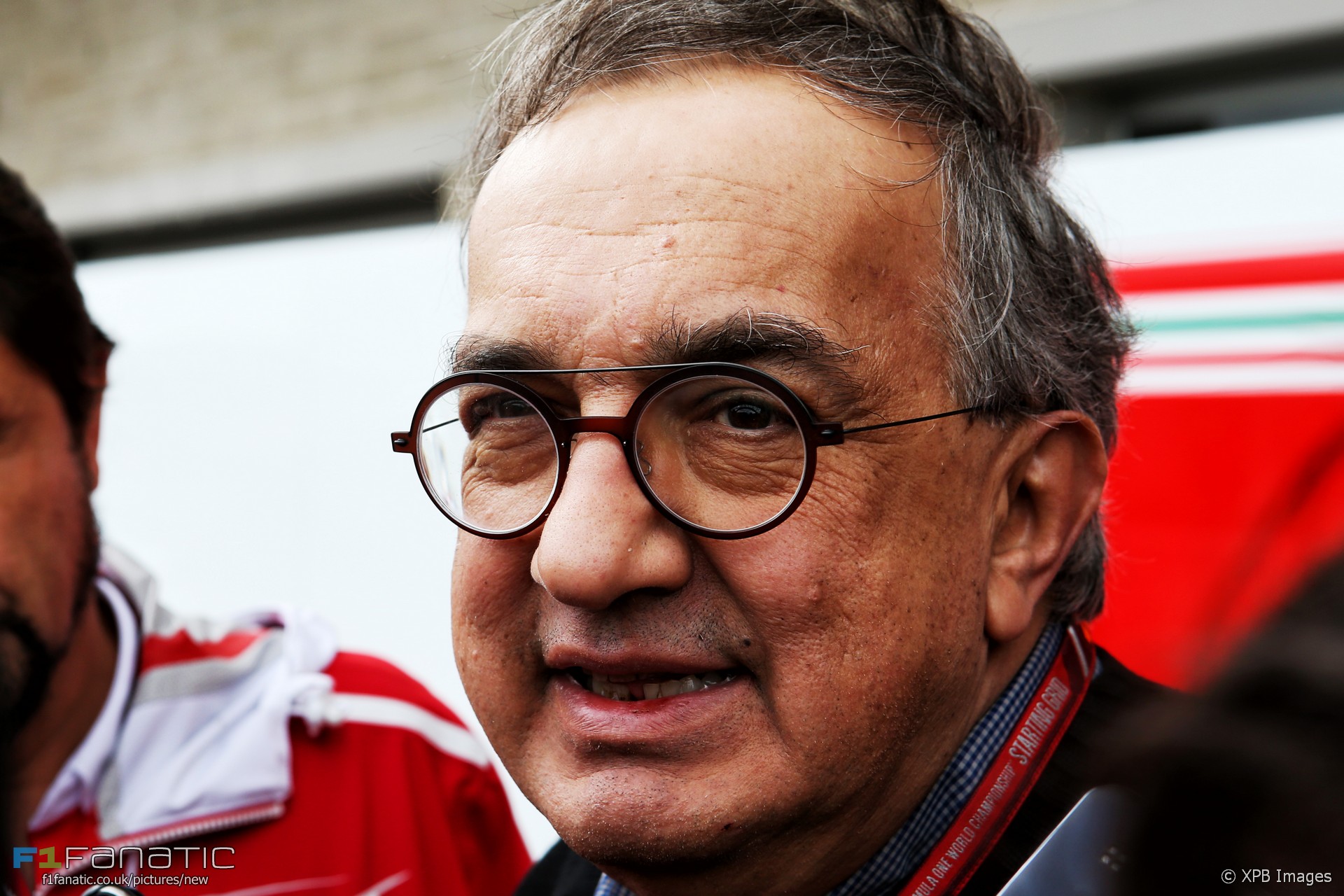 In the round-up: Sergio Marchionne says jobs are safe among Ferrari’s top staff despite their recent struggles.

"Both Mattia (Binotto) and Maurizio (Arrivabene) have been involved in this process, picking one or the other is a bit idiotic."

Renault angry at Mercedes, Wehrlein to Williams, Alonso on Hamilton (The Express)

"It's strange to see four Vettel and three for Hamilton, now there is much more logic. I think Lewis has had a better racing career."

Lauda: Verstappen decision was the worst I've ever seen in F1 (ESPN)

"If the driver goes over another and (ends up) upside down, only then would they weigh in. That was at the beginning of last year. For six months it was OK, but this decision today was the worst I've ever seen."

"The championship standings don't reflect that. It doesn't change much for me to be 12th or 17th in the championship, but on merit I think we should be a lot higher up."

Ricciardo 'had no idea' about Verstappen engine upgrade (Motorsport)

"We had different engine specs? I had no idea. Seriously… I didn’t know. Whose was faster?"

"For Epstein, in the stands with a friend that day (at the 1984 Dallas Grand Prix) as a 19-year-old, it was an object lesson in how not to stage a grand prix. 'We were on flat ground next to a straight, and all I could see was a car going by really fast,' he says."

Mika Salo, the driver steward this weekend, posted this video of the @Max33Verstappen incident being examined. #F1 https://t.co/NuL5fopVOv pic.twitter.com/6lmGRAYuGY

loved hearing legendary Boxing & Wrestling announcer @Michael_Buffer announcing the @F1 drivers as they made their way to the grid.

And the FIA website is down, probably due to a number of Dutch IP addresses searching for the 'Contact us' page… #F1 #USGP

I blame only the tracks layout.They ruined all the historic circuit(spa, monza,silverstone etc)with all the runoff area. Go to nordschleife.

My 6 & 3 yr olds were even cheering for that pass. Thought it was the best pass of the day! @Max33Verstappen

I'm loving these nicknames! Giant killer, heartbreaker, there needs to be a #wwe rumble here #F1

Driver intros, ok but let's keep this nonsense for the #USGP only please!

What fresh hell is this mash-up between boxing and the pit walk? #USGP

I f*****g hate track limits, either enforce everywhere, or don’t enforce anywhere. That’s why I like old school American tracks..

.@AlbertFabrega just reported on @movistar_F1: A Fan tried to steal a front wing from the Mercs garage and Red Bulls crew has to stop him🤣🤣

For the record: I f-ing love going racing in this country#USA #F1 #showtime

"Are you his father?" Cheeky swipe from Perez after Massa complained about him holding up Stroll in Japan: https://t.co/1QR1kZjqqr #F1 #USGP

Has anyone else lost their lunch in a crash helmet like Esteban Ocon did?

Done it while karting once.

On a more serious note – time for Force India to fire their kitchen staff.
Hans (@Hanswesterbeek)