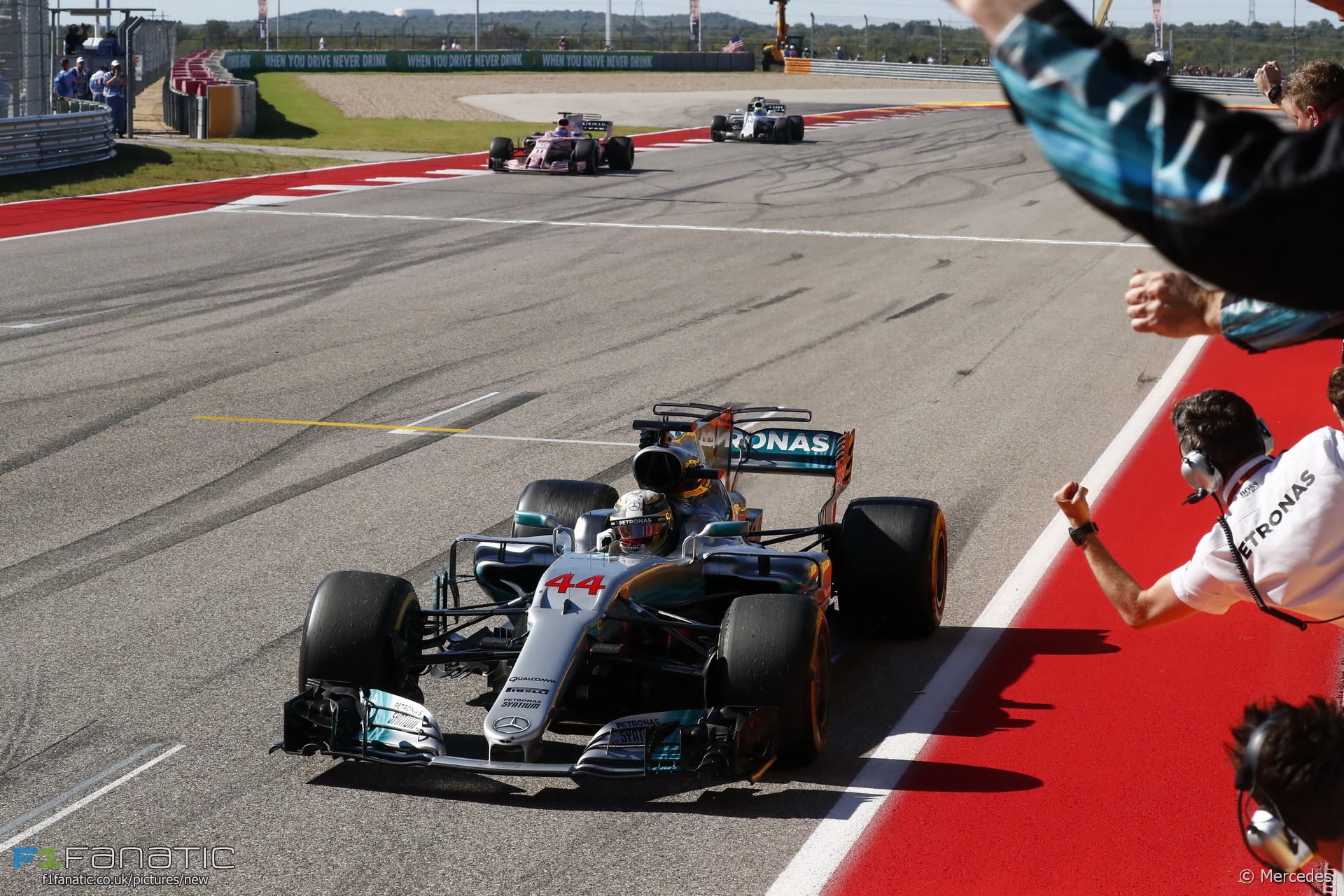 There’s just no stopping Hamilton at the moment. Particularly at the Circuit of the Americas, a track he’s always gone well at and now considers one of his favourites. With five wins from six races it’s not hard to see why.

Hamilton dominated practice and headed all three stages of qualifying. His win only looked in doubt twice. Once when Sebastian Vettel got ahead at the start, though Hamilton was quickly able to pass him. And again after his pit stop when the Ferrari got too close for comfort.

He was clearly conserving his pace and wasn’t made to work too hard for this one but it was a completely emphatic performance.

This was a characteristically unflashy performance from Ocon. His illness during qualifying was widely overlooked but it didn’t stop him qualifying as ‘best of the rest’.

He delivered the same result in the race after wisely, if unexcitingly, choosing not to get caught up in fights he couldn’t win against the likes of Kimi Raikkonen and Max Verstappen. He led Sergio Perez home again too, keeping his more experienced team mate under pressure in the drivers’ championship.

The biggest disappointment of Sainz’s first race at Renault was that his team mate’s car was so unreliable we never got a read on their relative performances. But that takes nothing away from the newcomer, who produced the overtaking move of the race on Perez to claim an eventual seventh.

Kvyat’s return to Toro Rosso appears to have been a one-off: Pierre Gasly will be back in the car in Mexico. Nonetheless, Kvyat gave a good account of himself, qualifying within a tenth of a second of what the car was capable of (according to the team) and grabbing what may prove to be his final point in F1.

Vettel knocked Valtteri Bottas off the front row of the grid in qualifying and the other Mercedes driver never looked like a contender for victory in the race.

He spent the first stint watching his mirrors as Ricciardo and Raikkonen prowled. The latter, running the same strategy, eventually passed him. Once the two-stopping Verstappen and Vettel got by as well there was nothing left to do but take a punt on a new set of tyres for the final laps. He finished half a minute in arrears.

An engine problem in qualifying didn’t help Stroll’s cause but he was nowhere in the race. He pitted twice and tried all three tyres in a fruitless search for rear grip.

Hamilton suggested Vettel over-stressed his tyres in the first stint but the Ferrari driver insisted he didn’t have the pace to keep the Mercedes behind. Switching to a two-stopper was optimistic but he did the best he could with it, particularly thanks to his opportunistic pass on Bottas. Raikkonen had one of his better runs, too.

It was a pity Verstappen’s charge to third place ended with a penalty. The stewards’ decision was tough but ultimately fair. Qualifying was a rare blip for him, as he admitted. Ricciardo was going strongly in the team’s other car before it let him down.

For the second race running Perez complained about his team mate holding him up but Force India revealed the truth of the matter by pointing out to Perez that Ocon was running to the pace the team had dictated. He did well to keep Massa behind, however, as the Williams driver had a tyre advantage at the end of the race thanks to his failure to reach Q3.

Another battling drive by Fernando Alonso was spoiled when his power unit failed. Stoffel Vandoorne brought the team’s other car home 12th. Hartley acquitted himself well on his debut though his inexperience of the unfamiliar Pirellis was telling.

It was an unhappy home race at Haas. Romain Grosjean warned the team about the state of his tyres ten laps before the end and was eventually told to keep quiet as he urged them to retire his car. Kevin Magnussen picked up a penalty in qualifying which was largely due to the team, then got hit by Marcus Ericsson in the race. The other Sauber of Pascal Wehrlein went out following a tangle with Magnussen which was deemed a racing incident.