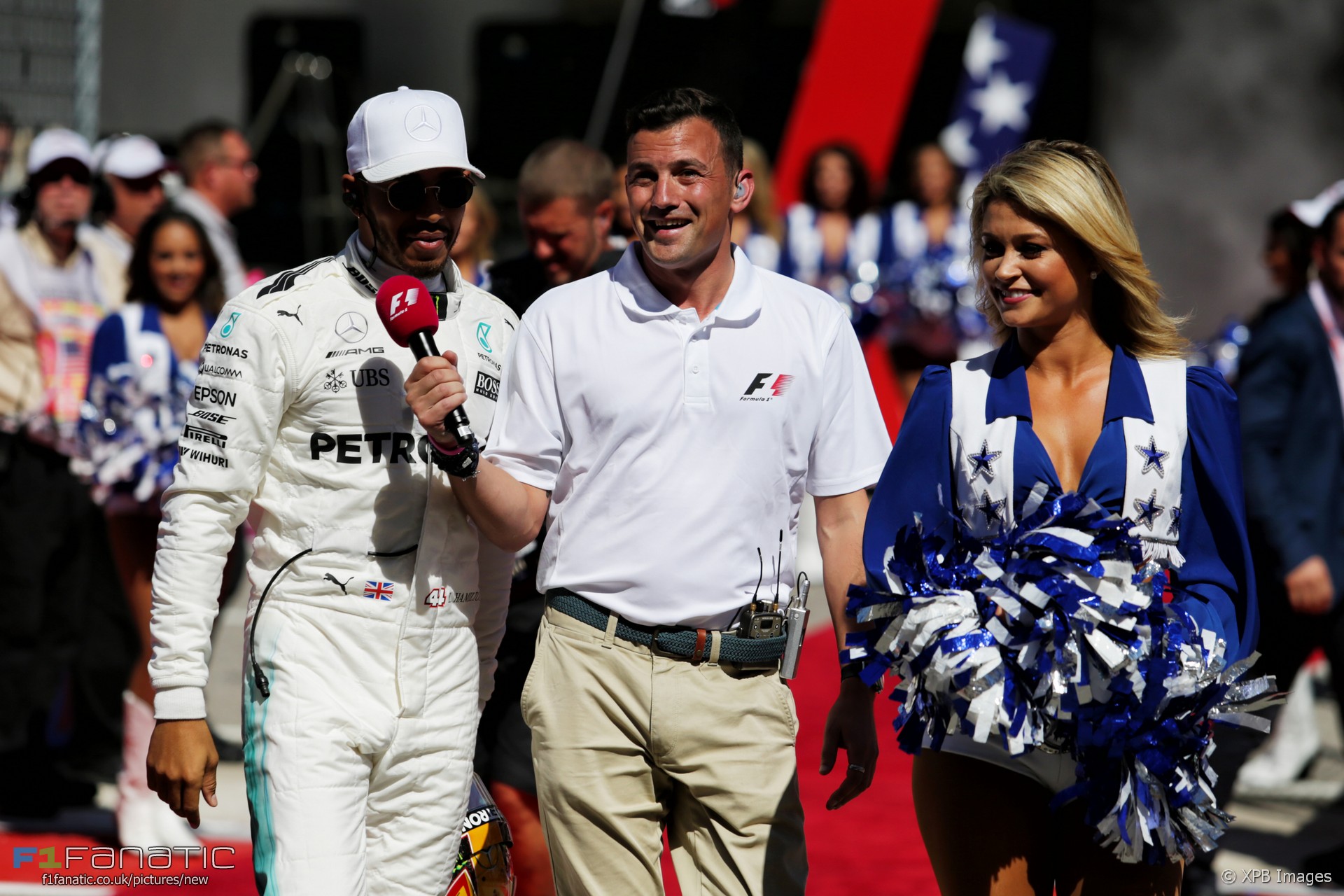 In the round-up: Lewis Hamilton says the pre-race spectacle at the United States Grand Prix was a positive addition to Formula One.

Hamilton all for more razzmatazz in Formula One (Reuters)

"If we can bring that more into Formula One culture I think it’s just going to be more exciting... the sex appeal was there."

Raikkonen: 'We all know where the track limits are' (ESPN)

"I think we all know where the track limits are and if you go over the white lines in certain places it is OK, but if you do it while you are passing people we all know you're going to get issues afterwards."

Alonso could get Honda upgrade after failure (Autosport)

"Yes, I think (we will get a penalty) so it would be better to introduce a new engine in Mexico."

How Lewis Hamilton climbed to another level (BBC)

"'The best decision was moving to this team, the second best was changing my diet, at Singapore,' said Hamilton, who announced he was going vegan last month."

"I guess it’s like that movie Independence Day and they had a cigar to celebrate victory. I thought it was kind of neat, but they taste disgusting."

How good was Hartley? (Motorsport magazine)

"In other words, Hartley was performing at somewhere close to Verstappen’s level during those five laps. A tiny sample, of course, and perhaps signifying little. But it’s all we have at the moment - and it’s been enough to justify Red Bull into looking a little further."

The crew pose for a pic – it’s Mark Temple’s last race as Fernando’s Race Engineer. We’re going to miss you and your #FunkyDriving, Mark! pic.twitter.com/9J7TLfmJJs

There is one clear way on enforcing track limits. It is called a fu#*ing concrete wall.

The asfalt run away areas should be out on the inside of apex and exit of corners. That’s the only way to stop drivers going over

Verstappen passing RAI was awesome! He cut the corner because RAI was turning into him and it looked like RAI would cause a crash #nopenalty

Did you change your mind about the Verstappen penalty?

This is one of those, my first gut feeling was totally wrong penalty.

Then I watched the replay, totally justified. It didn’t look bad initially, but all four wheels on the inside, We might as well let drivers straight-line everything.

Track limits need to be enforced in a systematic way as soon as possible. Especially at tracks like this it is appalling. There was no such problem at Suzuka.
@Jureo