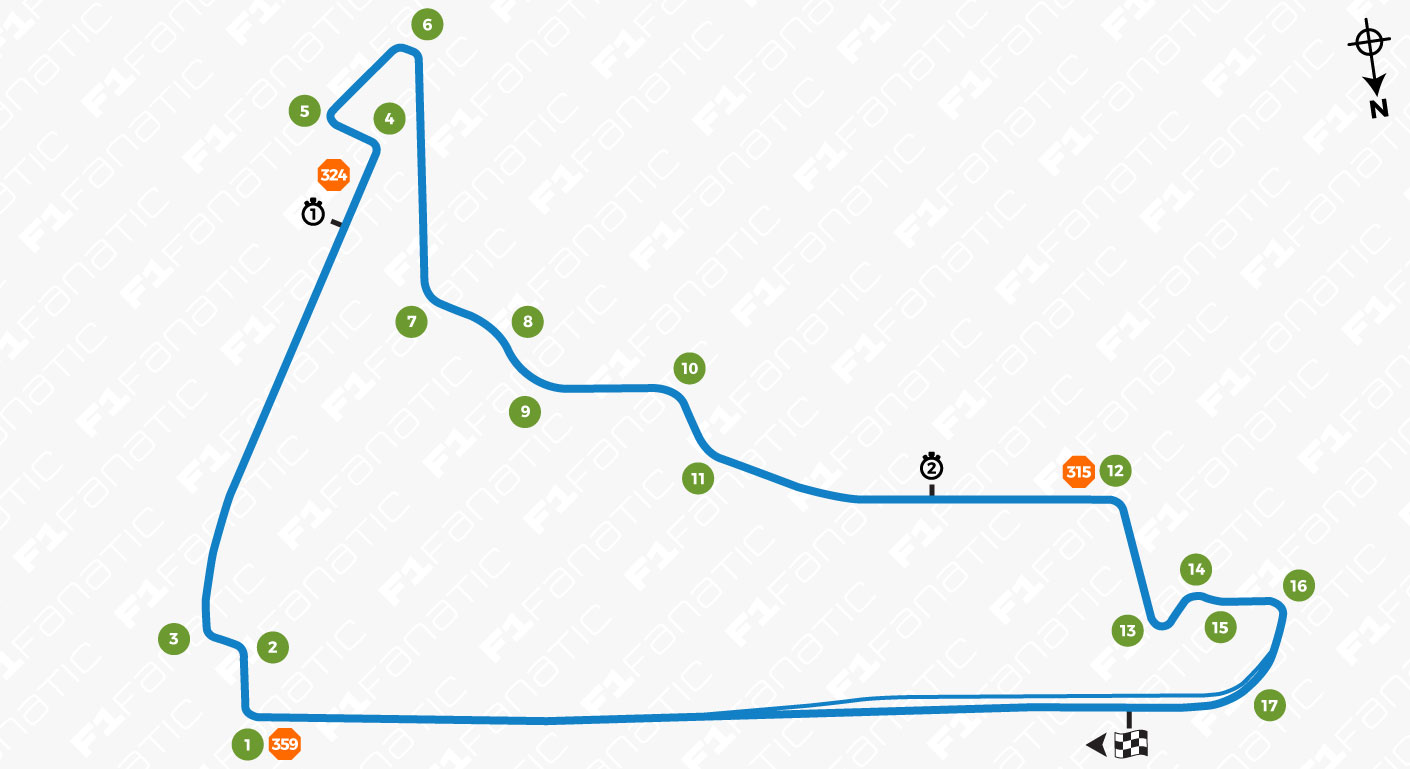 The Autodromo Hermanos Rodriguez offers the best of both worlds: A permanent F1-specification circuit nestling in one of the world’s largest cities.

This is the track’s third spell on the F1 calendar and both times it has returned changes had to be made to bring it up to current safety standards.

In 1986 that meant losing the ultra-fast right-hander at the start of the lap in favour of a quick chicane. Later in the lap a very sharp hairpin where the track virtually doubled-back on itself was eased. The flowing Esses and staggering quick Peraltada at the end of the lap remained untouched.

But for the circuit’s 2015 return much of the remaining quick corners were toned down. The first three corners are much tighter, as is the the following sequence of bends. The Esses is now a much briefer sequence of corners.

The biggest change was the loss of the Peraltada. When F1 left after 1992 a baseball pitch was built on the inside of the turn. That plus the fact there is a road running along the back of the circuit left no opportunity to continue using the corner. Besides, routing the track through the Foro Sol stadium has helped create a unique atmosphere and viewing opportunity at the track, even if the cars pass through it very slowly.

In other respects the track has clearly improved. The vicious bumps which prompted strenuous complaints from drivers in the nineties have been substantially eased.

The track also sees some of the highest speeds of the year. This is despite the fact its many slow corners mean teams put Hungaroring levels of downforce on their cars. Mexico City’s high altitude means the air is thinner and therefore doesn’t generate as much downforce or drag. It lies 2,200m above sea level which is 1,400m above the next-highest track on the calendar, Brazil’s Interlagos.

The altitude also has an effect on the power units. “The thinner air means the turbo has to spin at a higher rate to input enough oxygen into the internal combustion engine,” explains Renault’s Remi Taffin. “It actually spins around 8% more in Mexico than in Abu Dhabi.”

The track offers fairly low grip and Pirelli has brought its softest tyre selection for this weekend’s race. All the drivers have chosen at least six sets of the ultra-softs each.

A lap of Autodromo Hermanos Rodriguez

On a flying lap the cars can exceed 350kph with DRS open on the immense pit straight before hitting the brakes for turn one. It’s a tricky and hard braking zone on a low-grip surface.

The run-off area is very generous and this proved a major bone of contention last year. Lewis Hamilton, Nico Rosberg and Max Verstappen were among those who cut it during the race, but Verstappen was the only one penalised.

The cars dodge left and right, then accelerate to over 300kph again into a sharp left-hander. This is the second DRS zone and another useful overtaking opportunity, though Sebastian Vettel earned himself a post-race penalty for clashing with Daniel Ricciardo here 12 months ago.

Any drivers who go side-by-side into turn four must be wary of the even tighter right-hander which follows. A collision with Valtteri Bottas at this point of the track ended Kimi Raikkonen’s race in 2015.

After the slow, double-apex turn six, the pace of the corners speeds up. The benefit of the increased downforce of this year’s cars won’t be as great due to the thin air, but even so drivers are unlikely to brake much until they reach turn ten.

At turn 12 they take a sharp right into the stadium section. A very slow left-hander begins leads into a couple of non-turns, after which they rejoin the old Peraltada into a new turn named after Nigel Mansell, in recognition of his dramatic pass on Gerhard Berger in the 1990 race.

There’s been a disappointing lack of such heroics in the two races since F1 returned to Mexico, but hopefully that may change this year.